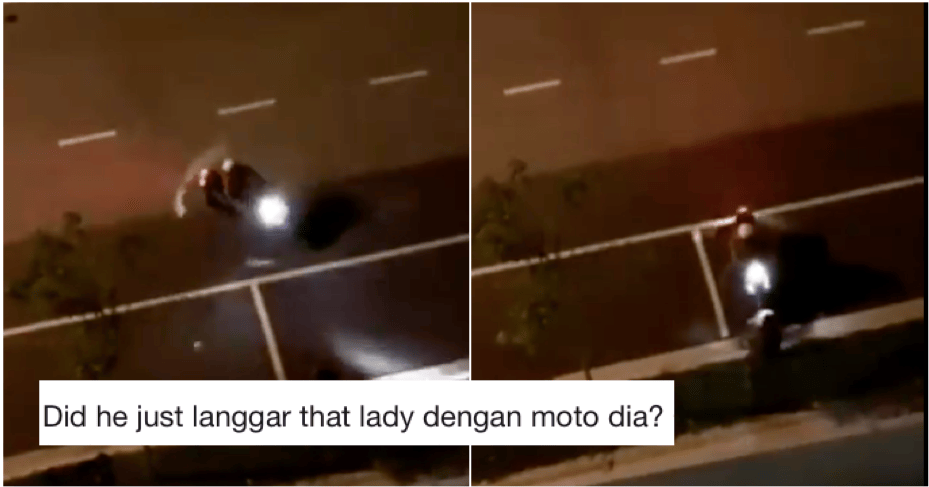 Love is a wonderful thing but it can cloud our judgment too. Oftentimes we fail to see that the person we love so much is actually toxic, abusive and bad for us.  In some instances, the victim will blame themselves instead of the perpetrator because of love.

On the night of 22 March, Twitter user Mina Azaini shared a video of a couple fighting by the roadside that she obtained from her friend. From the video, we can see that the friend recorded the whole incident from the balcony of his house.

Initially, it seemed to only be a typical fight between couples. However, the whole thing took a turn for the worse when the boyfriend rode his bike and ran over the girlfriend. He then continued to hit her by the roadside.

From the video, Mina’s friend who was recording the whole incident can be heard shouting and warning for the boyfriend to stop the heinous act. Shockingly, after a few moments, the girlfriend got on the bike and the couple went off.

Mina’s friend also explained that he wanted to help but it would take him some time to get to the scene of the incident as he is living in a guarded area.

The video has caused anger among netizens and they have expressed their opinion on the matter.

“As a man, no matter how angry you get, you should never hit and hurt her. Never ever. Take a deep breath, stay calm and be rational. Can’t control it? Be a man, walk away, cool down and settle it later. Simple as that.”

“And as a girl, if your boyfriend dares to hit you, please leave. If he can even hit you before you get married, imagine what bad things will happen after marriage.”

“This is very common, abused wives and girlfriends tend to be very dependent of their lovers as they are already mentally abused by their partners. It can even lead to Stockholm syndrome. However, we will still need to help and do what we can.”

Are you currently going through an abusive relationship? Please note that most of the time, you are not at fault. There is a way out and people around you can help. It is not the end of the world as there will be a lot of people around to protect and help you. 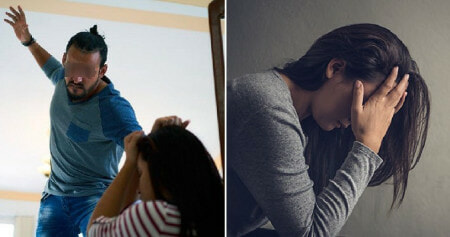