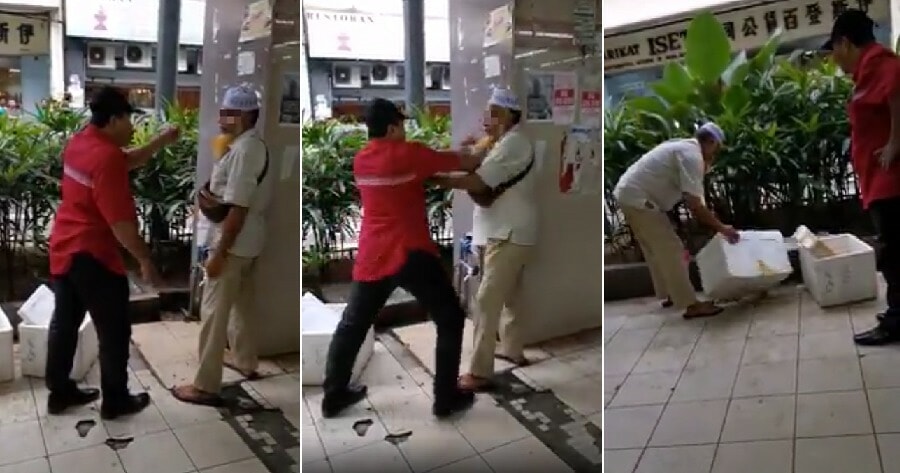 Whoa, what is going on here? A video has been going viral on social media showing someone who is alleged to be a Kuala Lumpur City Hall (DBKL) officer hitting an old man because of RM5 behind a Mydin outlet in Kotaraya. The old man is believed to be a seller who was setting up his stall when the alleged DBKL officer demanded RM5 from him as payment. 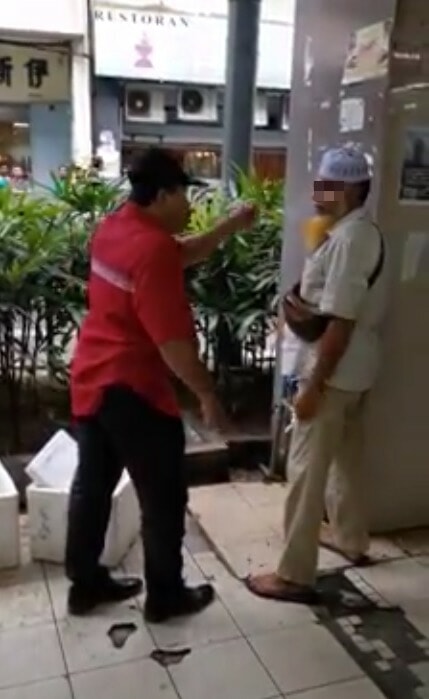 In the 45-second video posted by a Malaysian woman, the man, who claims he is a DBKL officer, approaches the old man for RM5 saying that if he wants to sell his stuff there, he needs to pay the RM5 “bribe”. However, the old man refuses to do so and a scuffle breaks out among them with the DBKL officer kicking the guy’s merchandise and even spitting on him.

“The uncle is a quiet man and even if he might be in the wrong, the officer he could have told him nicely. And if the man is really a DBKL officer, he should’ve been wearing his uniform or even showing his ID to prove it. He was angry that he couldn’t get RM5 from the uncle so he started arguing and hitting the old man,” she wrote. 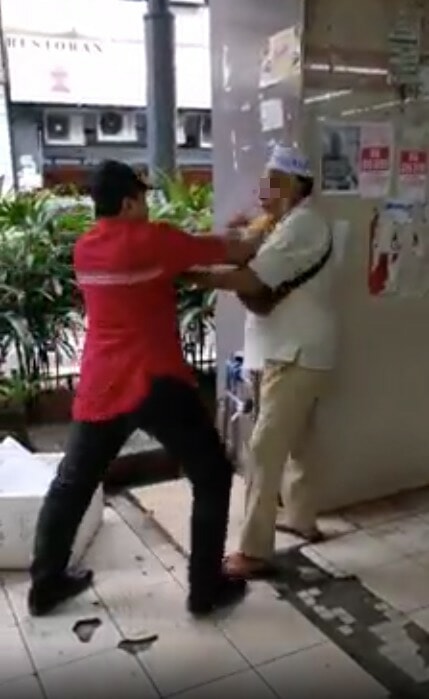 He kept on saying to the old man, “Do you know who I am? Do you know anything about the laws here?” before shoving the old man and spitting at him. Before that, he had already kicked the uncle’s stuff all over the place and even threatened to call a lorry to come over.

The alleged officer made three calls and showed his call records to some of the passersby, who were foreigners and just nodded when he told them. Apparently, the alleged officer would be at the area every day to harass other sellers there but there was no mention of whether he proved his identity or not. 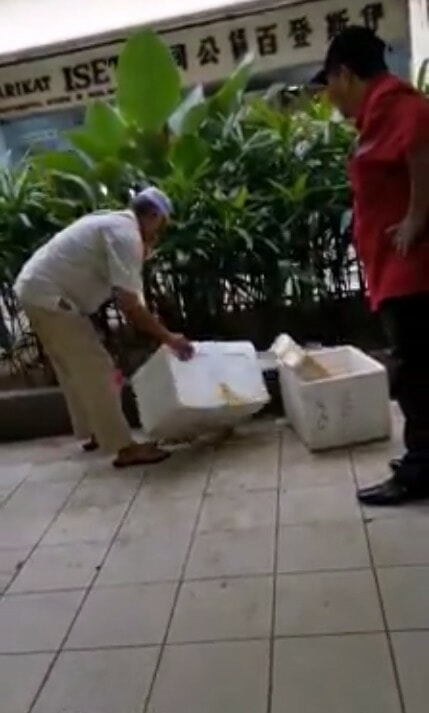 She said that contrary to popular belief, they did not just take the video and not help the old man. She explained that this video was taken after they tried to stop them from fighting but to no avail. Plus, they were unsure whether he was really a DBKL officer or not, so they did not dare to do anything.

However, she said that she shared the video out as she felt that his actions were wrong, regardless of whether the man was an officer or not. Instead of scuffling with a helpless old man, he should have just arrested him and brought him back to the station if he found that the old man was selling without a licence. 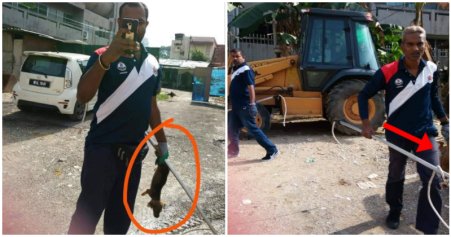