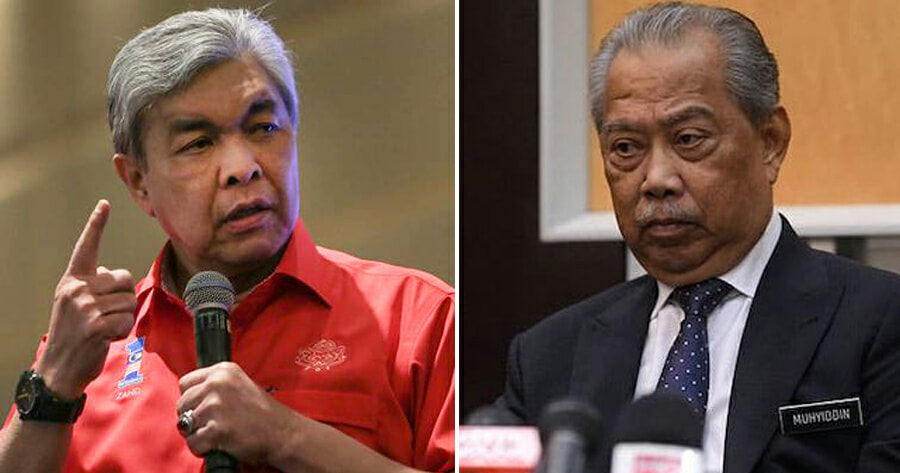 The United Malays National Organisation (UMNO) has officially announced that it will withdraw support for the Perikatan Nasional (PN) government and has called on Tan Sri Muhyiddin Yassin to resign as Prime Minister.

During a late-night online press conference, UMNO president Ahmad Zahid Hamidi said that the decision was made unanimously among delegates at UMNO’s Annual General Meeting to withdraw support for Muhyiddin with immediate effect.

He added that UMNO gave their support to Muhyiddin as Prime Minister based on two main guidelines:

However, he said these guidelines outlined by UMNO as conditions to continue supporting the government led by Muhyiddin failed to be met and implemented satisfactorily. 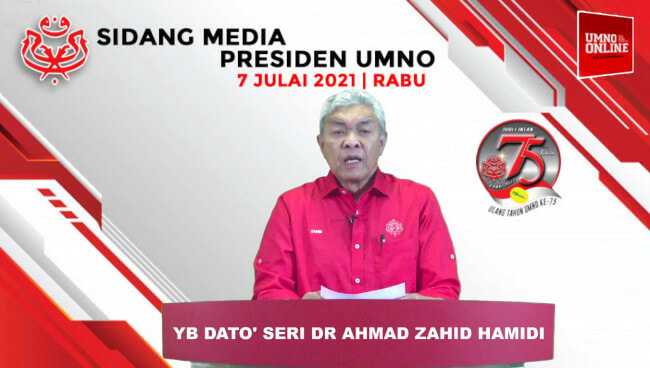 Call for Muhyiddin to step down

He said that Muhyiddin should withdraw honourably to enable an interim prime minister to be appointed for the time being and that this new prime minister would only focus on the welfare of the people during the pandemic and handle Covid-19 with an inclusive approach, ensuring that the vaccination and immunisation process can be expedited.

Once herd immunity is achieved, the new prime minister must advise the King to hold the 15th general election to return the mandate of the people.

Additionally, Zahid said that UMNO will not support Anwar Ibrahim as prime minister or any coalition together with Pakatan Harapan or the Democratic Action Party (DAP). 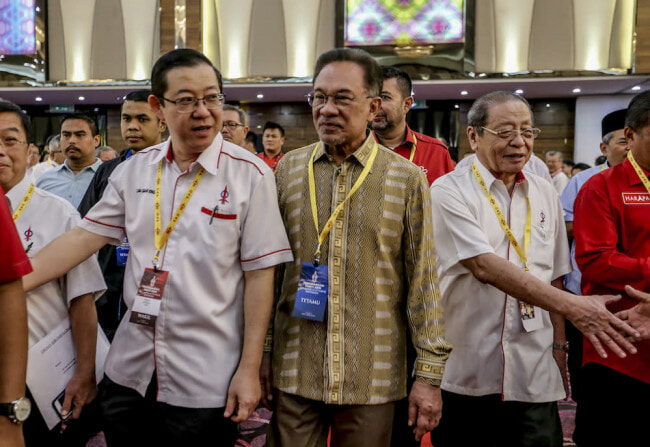 “The supreme council meeting tonight asserts its stance in the 2020 Umno general assembly, which is never to support any efforts to nominate Anwar as the prime minister or to support a government that is led by Pakatan or DAP,” he said.

Zahid also criticised the government’s handling of the Covid-19 pandemic, and listed seven aspects in which the government failed, including pandemic management, misusing Malaysia’s state of emergency for political purposes and failing to defend the country’s parliamentary democracy.

“The failure of the government in managing the Covid-19 pandemic has caused serious anxiety and depression among the people, ” he said.

He also brought up inconsistent policies that had led to the ineffective implementation of a lockdown and the misuse of the Emergency Ordinance.

“For example, a half-baked lockdown had doubled the death toll from 2,800 to over 5,000 in only a period of 38 days after the prime minister announced the lockdown.”

“The government clearly failed by abusing the Emergency that is only used for political purposes and it has led to the suffering of the people and stagnation in the country’s economy.” 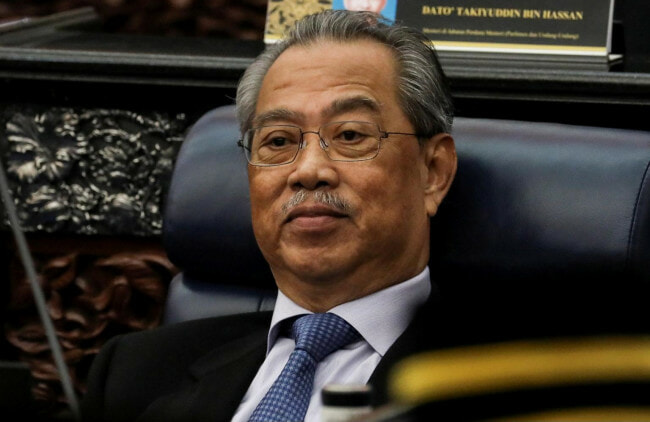 Zahid added that the government had misused the Emergency Ordinance, which is only a political ploy to harm the people and the nation’s economy.

“Even the Emergency Ordinance which supposedly can be used to help the people turned out to be more burdensome with various ‘double standards’ and extreme compounds imposed on the people who are already burdened with issues of survival,” he said. 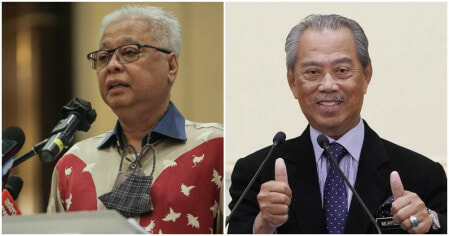