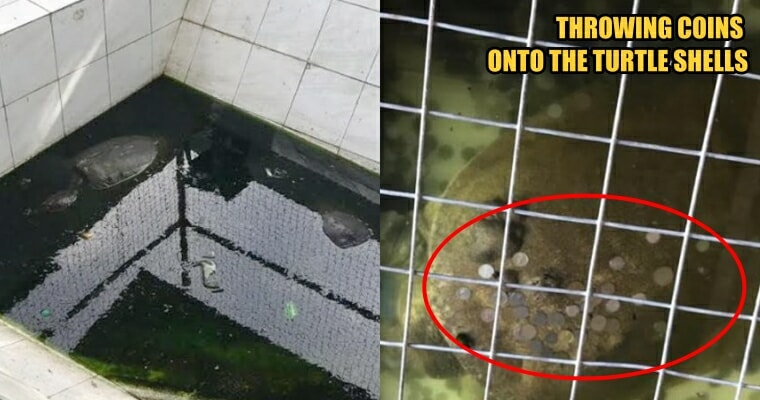 After the 2017 case where a turtle in Thailand named Piggy Bank died ingesting nearly a thousand coins, something similar is happening to our very own turtles, and it’s making our blood boil!

A mini-zoo near Kota Kinabalu was found to have neglected the animals under their care. According to Free Malaysia Today, the mini-zoo belongs to a restaurant at Kimanis-Keningau road, and it inadvertently became an attraction for superstitious travellers. 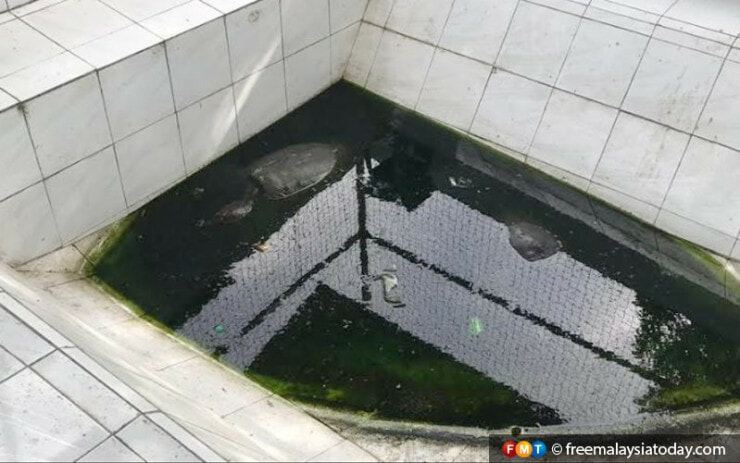 By looking at the small and filthy tanks that the poor turtles and crocodiles called home, you’d think that’s the worst of the suffering they go through. It turns out that travellers TOSS COINS into the tanks, hoping for luck on their journey. 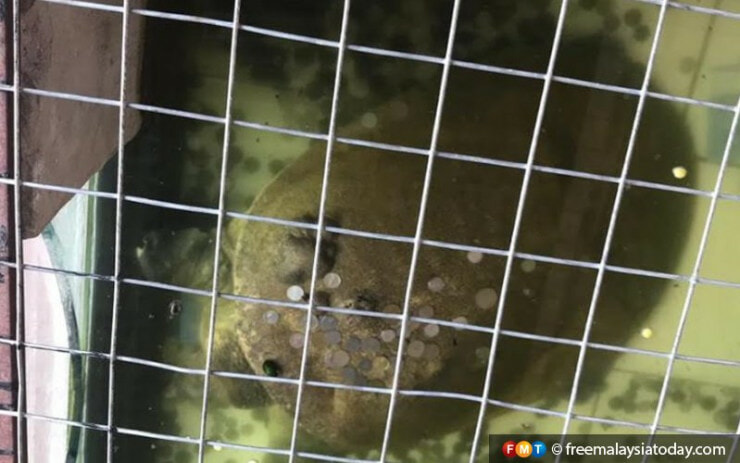 As shown in the photo above, coins can be clearly seen sitting on the turtle shell. Why do people think it’s ok to do that?

Free Malaysia Today reported that while they visited the place, a woman was there attempting to toss a coin at one of the turtles.

She even shrieked when her coin missed the turtle. She quickly took out a second coin threw again. This time, she was successful. She said,

“It’s for superstition’s sake, about asking for a safe journey. I only did it because it seems like a tradition of sort for people who stop by here.”

Unfortunately, she’s not the only one who believed in this practice as the enclosure was littered with hundreds of coins and notes.

The shop owners nearby who expressed sympathy towards the animals claimed that the mini-zoo had been operating for at least 18 months. 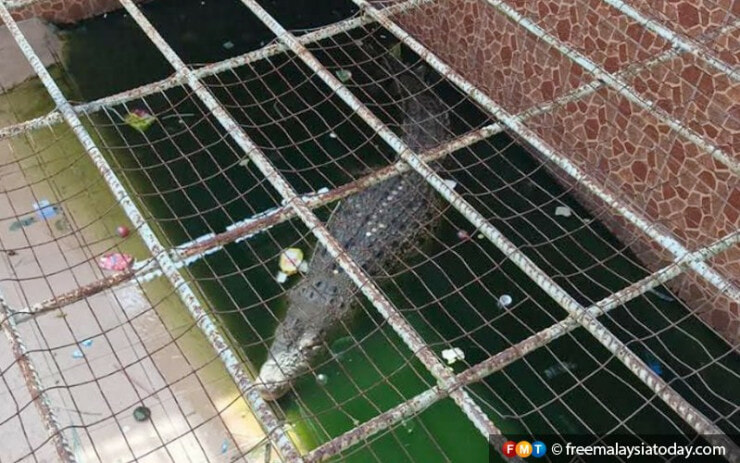 Not only was the water was opaque and foul-smelling, but trash including bottles and containers can also be seen floating in the small enclosure.

Augustine Tuuga, the director of Sabah Wildlife Department, mentioned that the owner does have a licence to keep the animals. However, he wasn’t allowed to display or exhibit them. Tuuga further said that the department will ask the animals’ owner to build new enclosures according to acceptable standards if he’s still interested in keeping them.

Otherwise, the department will ask the owner to surrender the animals. Since the Wildlife Department had begun to take action, we can only hope for better habitats for the crocs and turtles.

Also read: Orangutan Population in Sabah Has Decreased by 30% Due To Deforestation For Palm Oil Estates 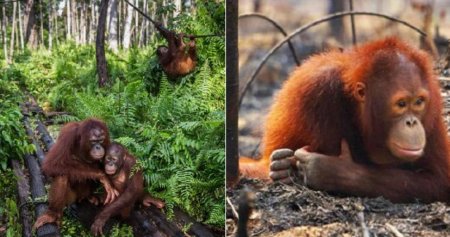