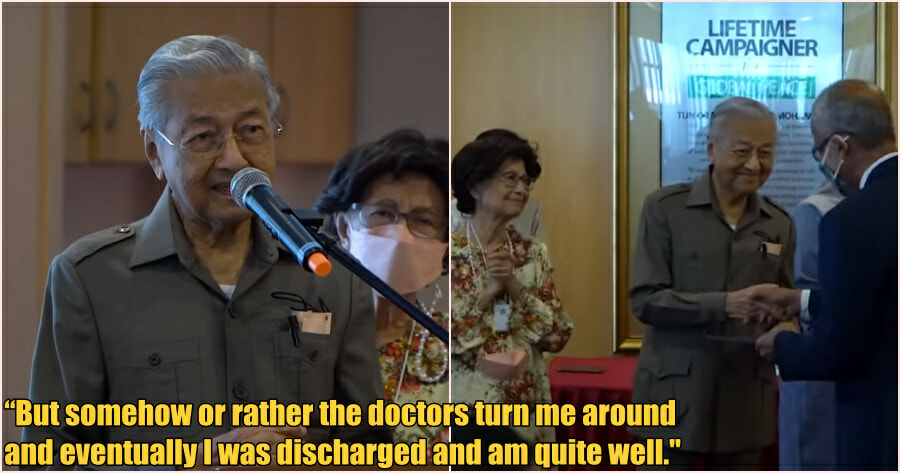 Recently, in the past few months, we were shocked by the sudden news that former Prime Minister Tun Dr Mahathir Mohamad was admitted to the National Heart Institute (IJN).

He was apparently in a ‘worrying state’ which even led to farewell posters being made of him.

Fortunately, his treatment went well and he is now in a healthy enough state. He recently expressed his gratitude to medical experts at IJN as well as external medical specialists for treating him while he was undergoing treatment. 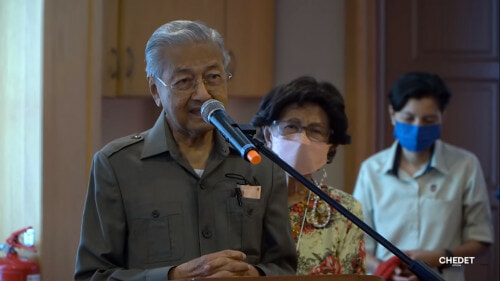 In a speech at the Appreciation Ceremony of IJN Medical Experts and IJN Invited Medical Experts at Putrajaya on 28 March 2022, Mahathir said that with the treatment provided by them, his health was restored.

“But somehow or rather the doctors turn me around and eventually I was discharged and am quite well, not 100%, but enough for me to continue with the little work I have to do”, he added. 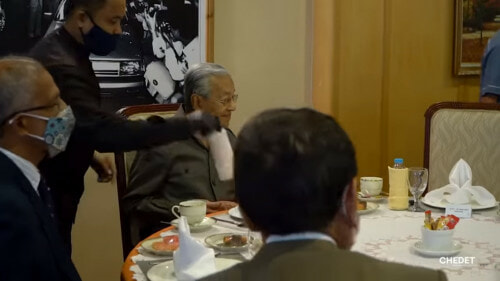 Mahathir stated that this was something to be proud of as it showed that Malaysians no longer needed to go abroad for treatment as the country already had doctors who could treat serious illnesses, like those affecting him.

“As you know I was also trained as a doctor and when I started practice in the late 1950s and early 1960s, at that time there were ‘slot khas’ for Malaysian doctors, especially Malay doctors,” he said.

“I believe fully that we can do what others can do. During my time as Prime Minister I used to say that Malaysia can… we are competent,” he added.

We are happy to see Tun M looking energetic and healthy. May he remain that way. 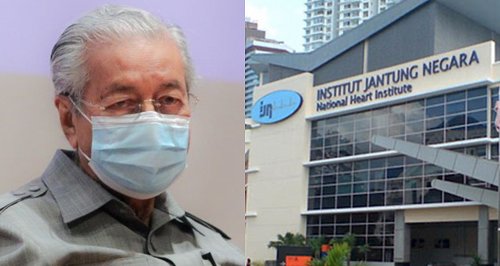