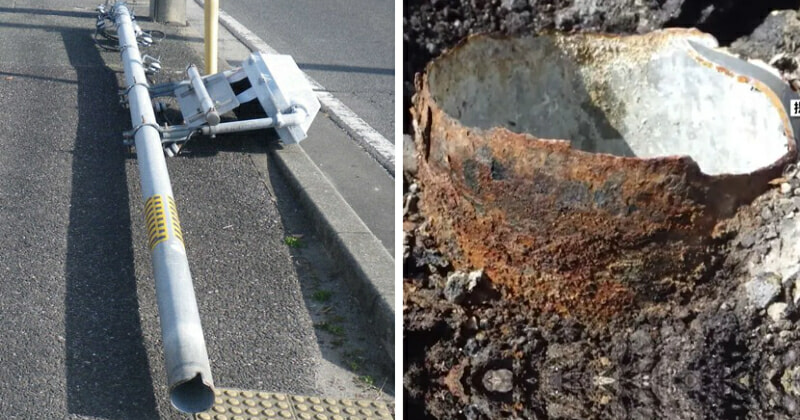 On 18 February 2021, a traffic light pole in Japan mysteriously snapped at its base and collapsed way before its average lifespan. The 6.4 metre long traffic pole was found lying in the bushes of a parking lot in the city of Suzuka and made the police puzzled as to how because they were no signs of foul play involved.

Some 8 months later, the police have now finally solved the mystery and determined that the cause of the collapse and indeed, it was something foul: dog’s urine! 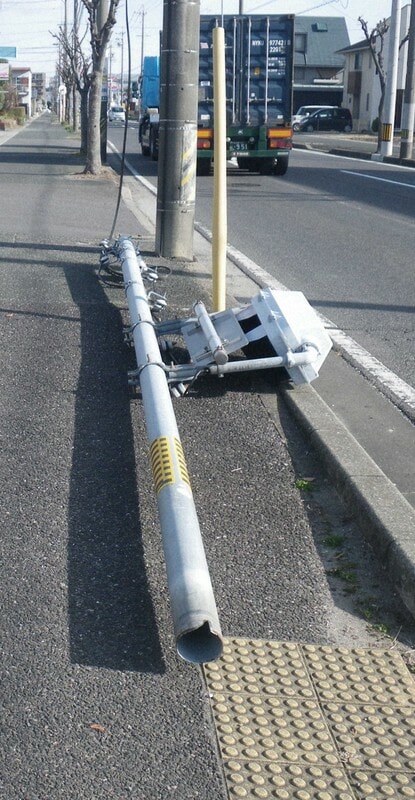 As reported by NBC, the Japanese police reported that forensic scientists’ examination of the pole found that there were 40 times more urea at its bottom compared to the amount found in other nearby poles. Furthermore, the traffic light was installed along a path that is popular with dog walkers. Putting the two together, the police thus determined that the combination of urea and sodium found in dog urine caused the pole to erode faster than usual.

The average lifespan for light poles in the country is around 50 years, but the pole collapsed 23 years after it was installed on the street in 1997. Local officials in Suzuka city has since encouraged pet owners to take their dogs to urinate elsewhere so that poles in the area doesn’t face a similar fate. 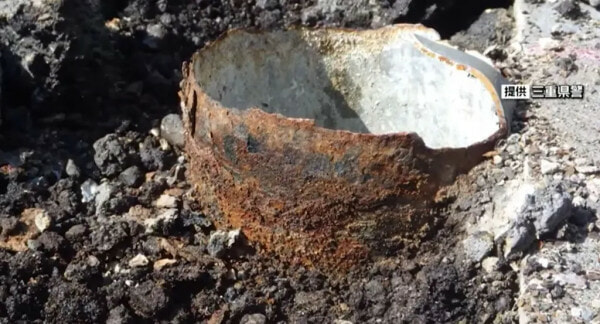 The base of the pole eroded due to too much dog urine. 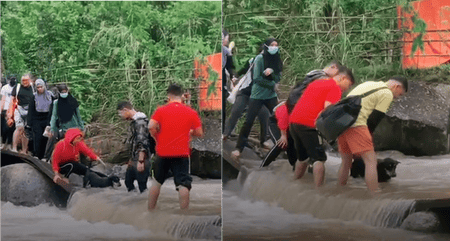