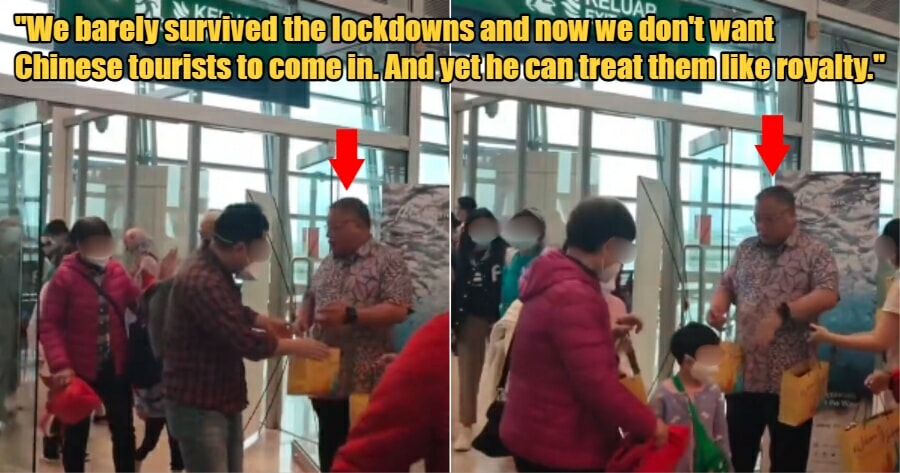 Many countries, including Malaysia, have been gearing up for the return of tourists from China as their President Xi Jinping has scrapped their 3-year long Covid-19 restrictions despite the increasing number of cases there.

Some countries from Britain and the United States to Japan and Italy have since introduced compulsory pre-flight Covid-19 tests and testing upon arrival for tourists coming in from China, Morocco has banned their entry as a protection measure.

Considering this, Minister of Tourism, Arts and Culture, Datuk Tiong King Sing, is being condemned for handing out goodie bags to Chinese tourists arriving in Malaysia, for Chinese New Year, as showcased in a video by BERNAMA TV. 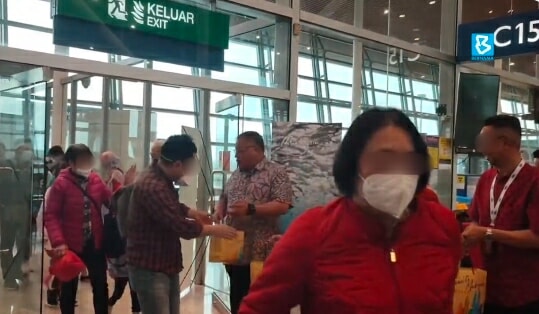 They wrote, “Minister of Tourism, Arts and Culture Datuk Tiong King Sing presented souvenirs in conjunction with Chinese New Year to the passengers of the Xiamen Air flight from Fuzhou, China to KLIA.”

In the video, Datuk Tiong along with his team could be seen giving out goodie bags to the Chinese passengers at their arrival gate. 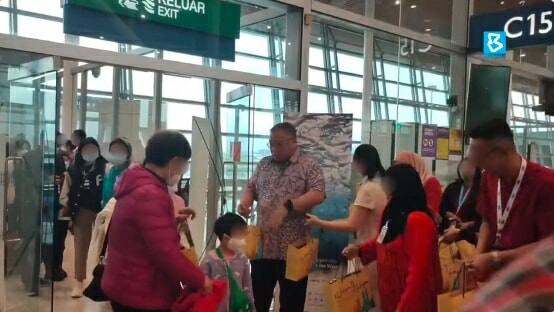 “WOW and just WOW!! Greeted with high spirits. Then later on during Hari Raya Aidilfitri, they will start with their laws. Everything will be limited, can’t travel interstate because the CASES ARE INCREASING.”

“It is like it is easy for this Minister to provoke the people. We barely survived the lockdowns and now we don’t want Chinese tourists to come in. And yet he can treat them like royalty.”

What do you think about Datuk Tiong’s actions of handing out goodie bags to Chinese tourists? Do feel free to share your thoughts in the comment section.

Also read: DSAI’s CNY Greeting Video Is A Whole Production & Everyone Is Here For It! 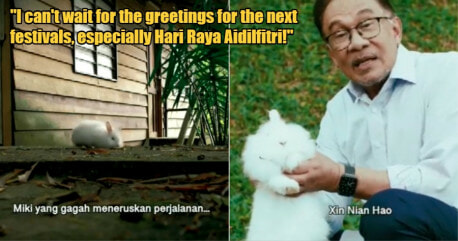