It’s a sad truth that Malaysians are late for almost everything. However, being late on a date night can be pretty frustrating for the ladies. Making someone wait when they’re looking forward to see you is disrespectful and instantly kills the mood.

You better be ready to get on your knees to apologize if this ever happens.

2. No sense of fashion 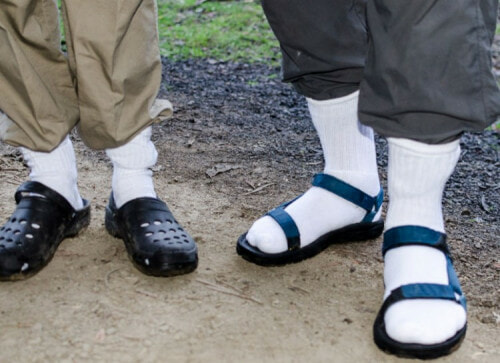 Wearing Birkenstock sandals may still be a trend in Malaysia but pleaseeee don’t wear it to a date. Also, please note that wearing sandals and socks is at the top of the list of absolute ‘nopes’ and as impossible as it sounds, some guys actually do wear this combination out to public. Trust me I know, and no, I don’t want to talk about it.

PS. Stay away from Crocs too!

Growing up in an Asian family, maybe we were taught to be courteous since young. However, men who can’t strike up good conversations will leave the girl wondering whether he’s shy, they share nothing in common or just plain boring. Yes, you can bet that she can’t wait to just get home.

4. Spending too much time on DOTA

Whether it’s the dating or stable relationship phase, a guy who puts DOTA first is an absolute turnoff. This applies for most guys who get so submerged in their game that they don’t even bother replying text messages for hours nor layan the girlfriend who’s right beside them. Nothing can distract them from destroying their opponent’s towers… not even lingerie. 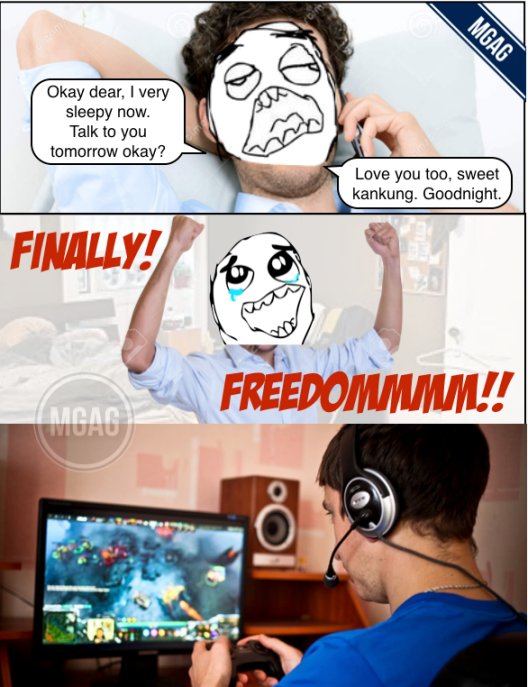 Psst, don’t tell your girl but you can buy Apple, Razer, Samsung, Mi, Logitech, Alcatroz and more branded products at up to 80% OFF from 24-27 October here! And the best part? You can even stand a chance to win a Sony Playstation 4 Slim while you’re at it.

You know, those Malaysian guys who always talk big about themselves. Not to mention love taking pictures while holding champagne bottles, showing off their abs and (especially) with expensive cars that don’t even belong to them. Guys, being so pretentious will get you no where. Just be yourself cause you don’t want to attract gold diggers anyway!

It’s only natural to wanna impress someone but going overseas for 3 months and coming back with an accent is not one of the ways to do it. It’s not hot, as a matter in fact, it will absolutely kill the mood. Everyone can detect a fake accent and it’s pretty dang cringy.

Were you guilty of these habits? Yes? No? Either way, tell your guy friends these points so they will not potong any girl’s stim anymore. Unless.. they wanna be a monk lah.

Also, instead of listening to horrible fake accents, listen to awesome music instead with these FREE SonicGear Neoplug Leaf earphones that Shopee is giving out! Yes, FREE stuff again and you don’t even need to pay for shipping!

“World of Buzz readers can claim these earphones absolutely for ZERO charge till 30th October just by following these simple steps below:” 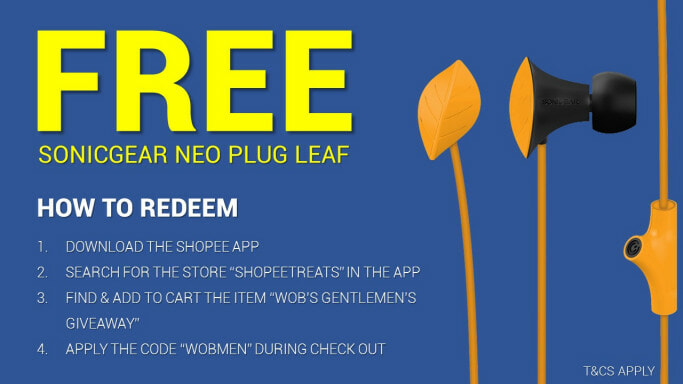 …and that’s it! All you have to do now is wait for your FREE gift to arrive at your front door!
To be eligible to claim this pair of earphones, you have to be a first time Shopee user.

At the same time, you could also check out Shopee’s awesome Gentlemen’s Collection here happening from 24-27th October which features Men’s Must Haves at up to 90% OFF! Plus you’ll also enjoy an additional RM10 OFF on top of already discounted items.

Also, don’t miss out on brands like Apple, Razer, Samsung, Mi, Logitech, Alcatroz and more at up to 80% OFF during this period! Dasrite, 4 full days of incredibly manly deals.

It doesn’t just end there because every shopper who bought something during this period (even if it’s RM1) will stand a chance to win an amazing PlayStation 4 Slim worth RM1,499! That’s every boy’s dream come true right there.

So guys, what are you waiting for?!