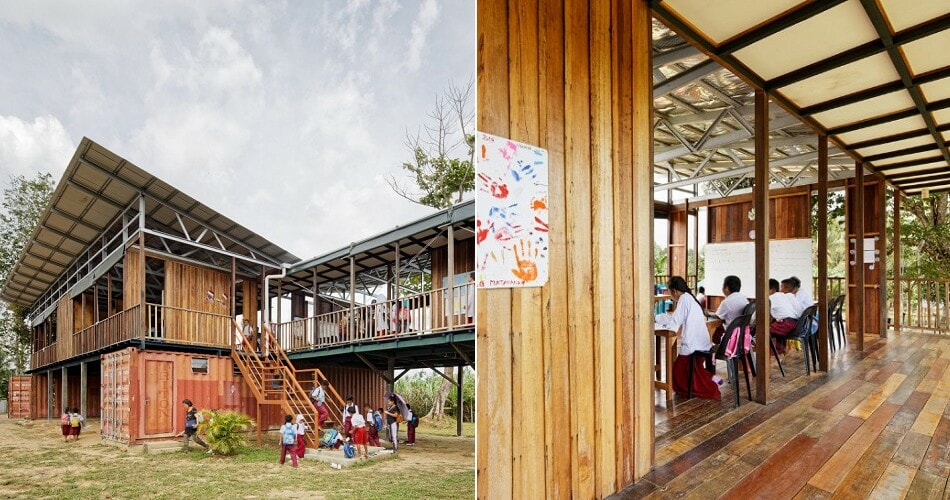 Recently, a school in Sabah won the sustainable project category of the Trends Excellence Awards for Architecture & Design. Woohoo!

If you didn’t know, Etania Green School is the first school which was built specifically for Sabah’s stateless children who have no access to education in Malaysia. They have predicted to open at least 30 more of these schools in Sabah. 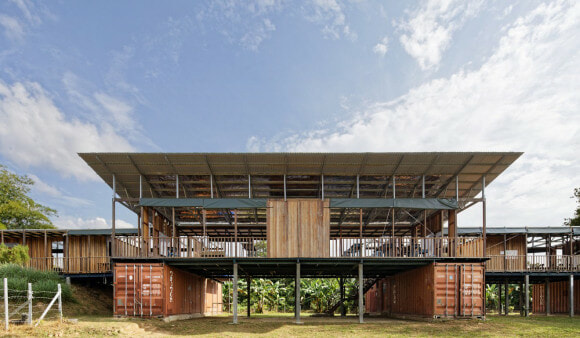 Etania Green is the combined effort of architects Robert Verrijt and Prasoon Kumar who both are keen to build schools for stateless children. However, the duo was posed with a challenge during the building of this school because the place was a flood-prone area.

“The destruction of the original rainforest and its replacement with palm oil plantations has increased the flood risk even further.”

Therefore, they decided to build a high-set school like most of Sabah’s vernacular architecture. However, the difference here is that Etania Green’s classrooms are “lifted off the ground in an unconventional way”.

This is because the school is made up of five decommissioned shipping containers which were donated by a logistics company. 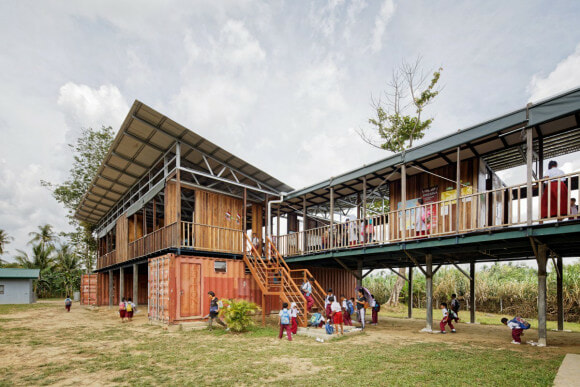 The containers help minimise “structural components” and it stabilises the framework of the school. That said, the containers’ spaces are used as storage rooms and toilets.

As for the classrooms on the upper floor, they were built of recycled timbers which were cost-effectively sourced from a local construction company. Meanwhile, the iron roof was given as a gift to the noble project. That’s nice!

The school was cleverly designed in order to bring comfort to the students and the staff there. Their classrooms are an open learning space and they are situated in the east-west direction to minimise the sun’s heat and “to capture an air draft from the river”. Another cool thing about this school is that they have solar panels to regulate electricity. This is a truly “Go Green” school! 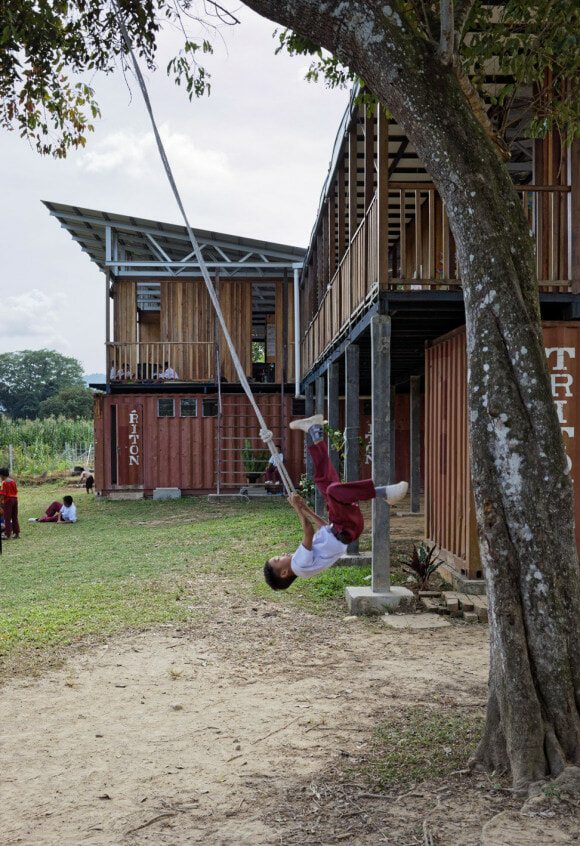 On top of that, the roof also captures rain for the “water needs”. Verrijt shared,

“This building becomes a gravitational point, where they stay and play, taking shade underneath the classrooms and dancing around the columns, like it’s a big jungle gym.”

“I think that, apart from designing functionally, and using materials that are sustainable, the result can also be seen in the pride that these children take in their school.”

Dr Kathryn Rivai who is the co-founder of the school agrees with Verrijt as she explained that the whole dynamic of the school has changed after Etania Green was built. Prior to this, classes for stateless students took place in a “cramped, hot and dusty shophouse”. Poor students!

What do you think about this school’s design and sustainability? Let us know in the comments below!

Also read: Kind M’sian Teacher Bakes 32 Pizzas for Her Students Because They’ve Never Tried it Before 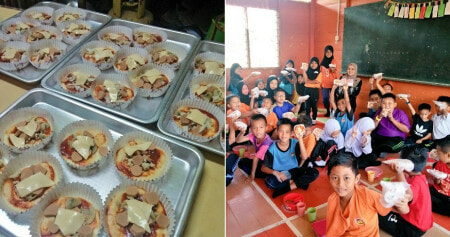