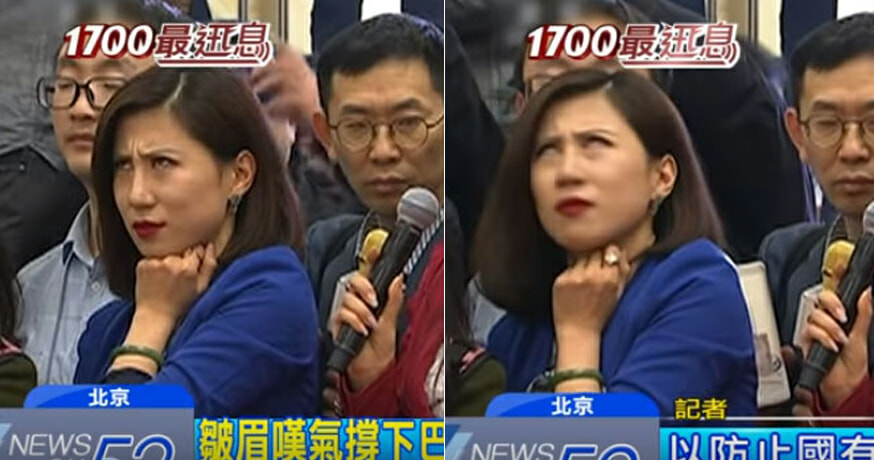 Parliament sessions are a serious political event. All eyes will be on the meeting, with every statement and action scrutinized by the nation. One mistake and you’ll be the talk of the country.

China’s National People’s Congress (NPC) is known to be well-scripted and carefully planned beforehand. However, the country’s biggest political event of the year took a huge turn this year with a memorable unscripted moment by an expressive female journalist, South China Morning Post reported.

A reporter in China could not contain her exasperation, but she might have forgotten that she was being broadcast live on national television when she presented the eye roll of the century at her fellow reporter’s question. Seriously guys, you have to see that eye roll. 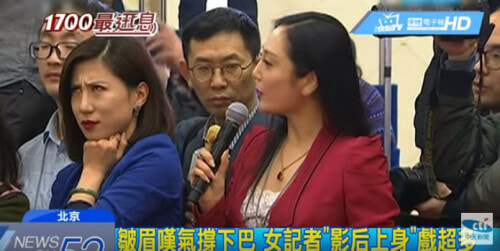 Here’s a breakdown of what happened at the National People’s Congress on March 13. 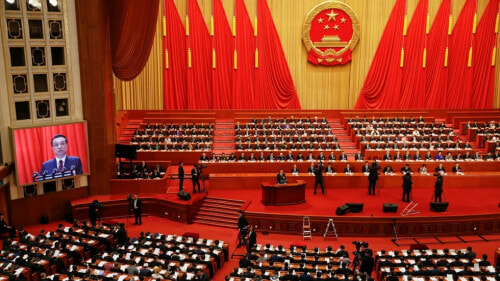 Both reporters stood side by side at a staged doorstop at the Great Hall of People, where the NPC was being held. Zhang presented her question directed at state assets chief Xiao Yaqing. Her question was sugar coated with exaggerated flattery and an exceptionally long-winded bit of economic praise, which even included kind words for China’s prized Belt and Road Initiative, before coming down to the main point. 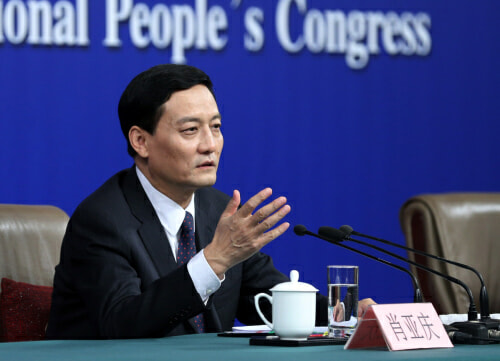 For reference, here is full translation of the question:

“The transformation of the responsibility of supervision for state assets is a topic of universal concern.”

“Therefore, as the director of the State-Owned Assets Supervision and Administration Commission of the State Council, what new moves will you make in 2018? This year marks the 40th anniversary of the Reform and Opening-up Policy, and our country is going to further extend its openness to foreign countries.

“With General Secretary of the Chinese Communist Party Xi proposing the One Belt One Road Initiative, state-owned enterprises have increased investment to countries along the route of One Belt One Road, so how can the overseas assets of state-owned enterprises be effectively supervised to prevent loss of assets? What mechanisms have we introduced so far, and what’s the result of our supervision? Please summarize for us, thank you.”

As soon as Zhang started to speak, Liang looked at her, and turned her head away, heaving a small sigh.

Grimace and disbelief can be seen on Liang’s face, as she shifted her weight from one side to the other, furrowing her brows while shooting death glares. 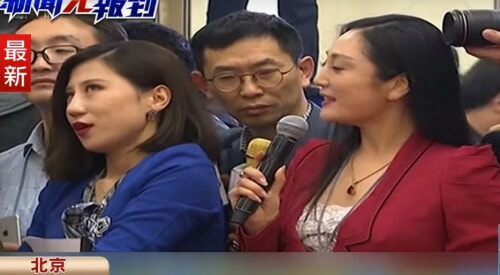 She takes a deep breath, trying to conceal her disgust while fixing her hair. She then rests her chin on her fist, tired from the never ending flattery. 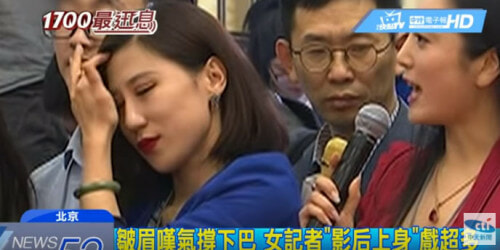 Zhang’s fawning question took a whopping 44 seconds, exceeding the 30-second mark. Realising that Zhang had went beyond the initial time mark, Liang looks at Zhang in disbelief, eyeing her from head to toe. Even the male reporter behind them caught her giving the stink eye!

That was when Zhang’s epic eye roll happened. She scoffed in annoyance and rolled her eyes in such grace and style it would be impossible to unsee it. 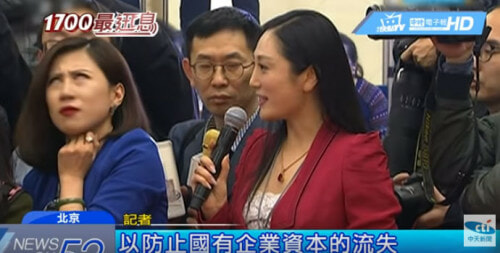 Little did she know that her spontaneous eye roll would transform her into a viral meme across social media in China. GIFs, memes and copycat videos flooded Chinese social media sites instantly, spreading like wildfire among Chinese netizens. I mean, that eye roll is seriously legendary tho.

However, the Chinese government censors swiftly deleted the online riffs. According to Shanghaiist, Liang’s name (梁相宜) is currently the second most blocked term on Weibo and Baidu, surpassing even “constitutional change” and “Xi Jinping”. Her personal Weibo account has also been taken down.

Hours later, her media accreditation to cover the NPC was also revoked, according to one of her colleagues. It is rumoured that the party’s propaganda department immediately ordered its Shanghai branch to suspend her until further notice. That was fast. 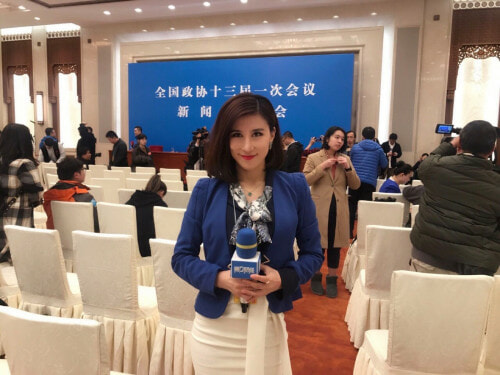 Funnily enough, Liang was captured picking her nose during the press conference. Whoops! 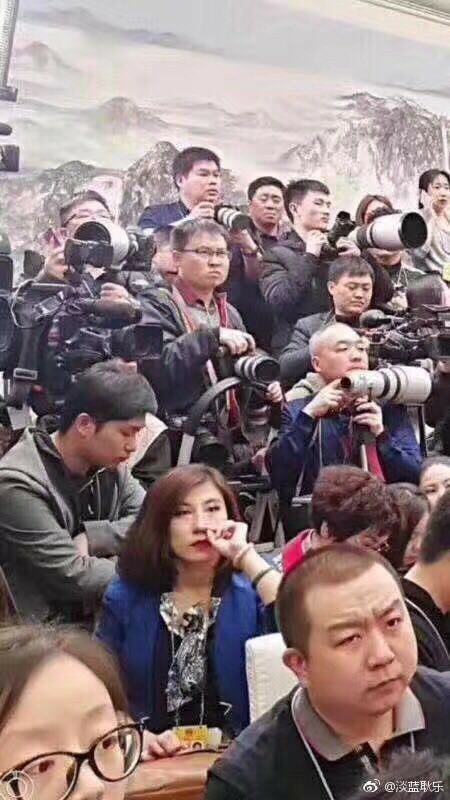 Nevertheless, no one can beat the Chinese e-merchants when it comes to business. T-shirts and cellphones cases with Liang’s and Zhang’s picture can be found on the online marketplace, Taobao. As they say, you can get anything, literally anything, on Taobao.

Found my cell phone cover for the spring season on Taobao pic.twitter.com/wTjgndsfDx 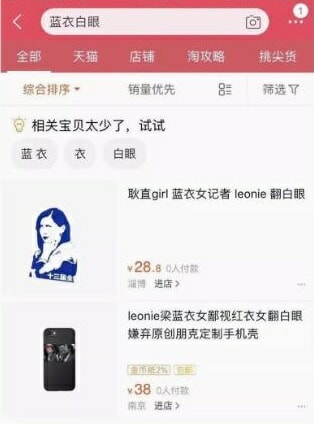 The other reporter, Zhang Huijun certainly did not miss out the fun. Chinese netizens were quick to hunt down information about her. Zhang got her start in the media after competing in a beauty pageant. She was sent to the US after working for a few years at CCTV. Her WeChat and Weibo pages are described as being “filled with photos and selfies with senior party cadres and by fawning reports on Chinese politics”, Asia Times reported. 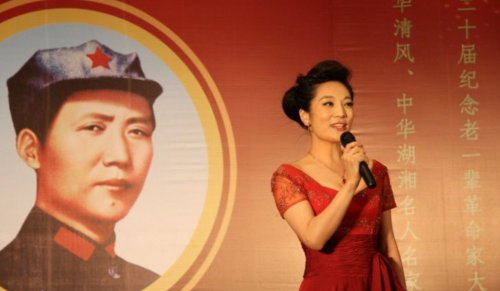 Apparently, it is revealed that her company, American Multimedia Television USA is a tiny and somewhat mysterious news media channel that is headquartered in Seattle and has a cooperation agreement with CCTV. Twitter users have accused the outlet of merely being a thinly-veiled propaganda front for Chinese state media. 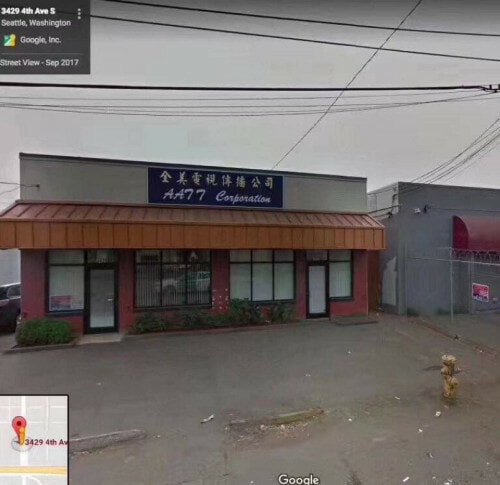 News outlets with such ties to the Chinese government are often chosen to ask questions of China’s rarely available political leaders at the National People’s Congress, while more mainstream local and foreign outlets are seldom called on. 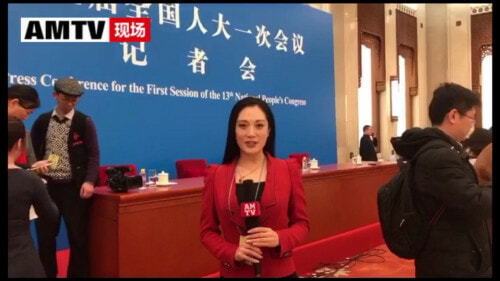 Chinese netizens were amazed and hailed Liang’s honesty, flooding her now deleted Weibo account with jokes and comments of support. Her follower count even went up to a impressive amount of 100,000!

“You are the only thing I remember since the beginning of the National People’s Congress,” one netizen wrote.

‘Nicely done! You gave an eye-roll on our behalf!” another netizen commented.

“I am clapping for your honesty! Such questions are annoying and do not have any meaning,” said another.

Besides that, Liang also became the MVP among foreign journalists all around the world.

How to ask a question properly during China’s legislature? This female reporter tells everything. pic.twitter.com/0cHUw2FZ8r

We are all her: Chinese journalist’s epic eye roll at yet another tame and planted NPC question goes viral… pic.twitter.com/wH19YkAIJc

Well, looks like we can sum up the viral episode with this widely shared online post: “A huge production with thousands of actors has failed to top the box office for a week, until two extras on set suddenly captured everyone’s imagination. There are no small actors, only small parts”.

Pro tip: the next time you want to roll your eyes 360-degrees at something that screams WTH, remember to check whether you’re on camera!