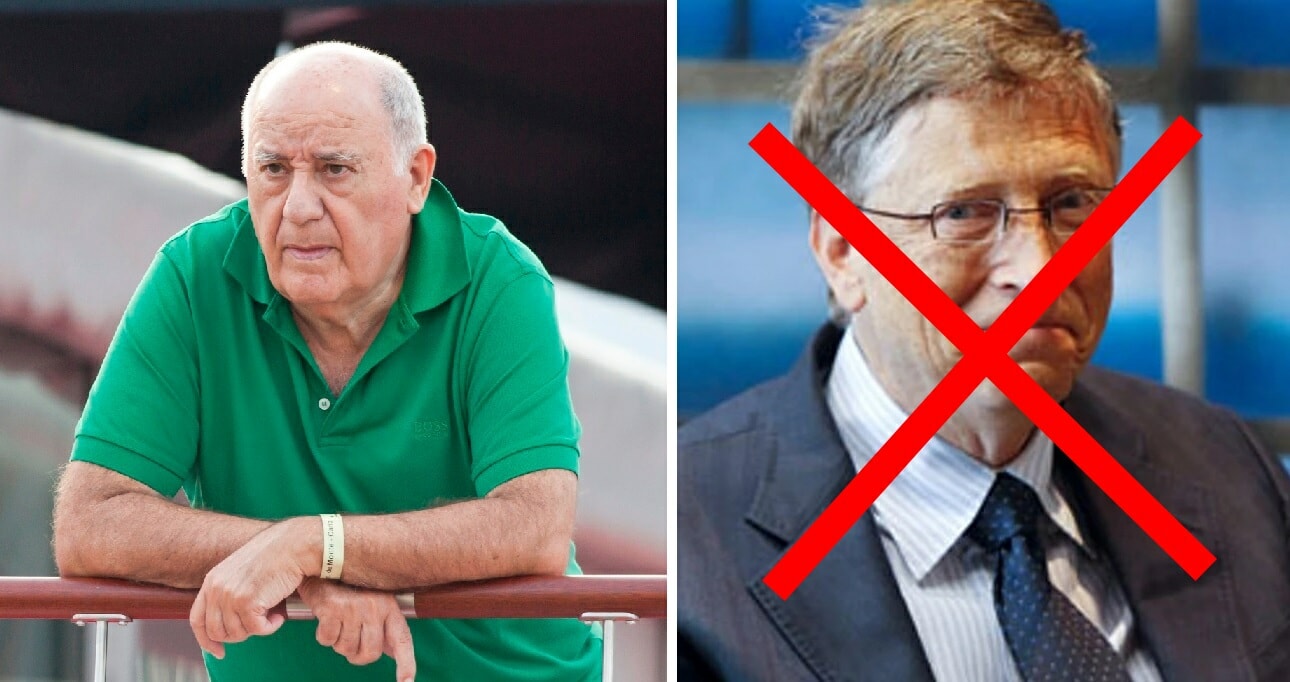 Bill Gates, founder of Microsoft, has been the richest man for the longest of time. Well, not anymore I suppose.

There’s a new guy in town and he goes by the name of Amancio Ortega.

Don’t know who he is? Never heard of him before? Well, you’ll go “OHHH that guy” in just awhile.

This spanish billionaire is the founder of famous European clothing brand, ZARA.

According to Forbes’ real-time tracker, the elusive multi-billionaire founder of European clothes retailer Zara just surpassed Bill Gates to become the wealthiest person on the planet, with a fortune of $79.8 billion (€71.83 billion or £51.84 billion).

This was achieved as Inditex, parent companies to Zara, Pull&Bear and Massimo Dutti hit 33.99 euros per share last Friday morning.

Unlike some rich people who’s born into an already well-to-do family, Ortega started from the bottom.

Born in 1936 during the Spanish civil war, Ortega’s father was only a railway worker that earned a mere 300 pesetas a month.

Ortega’s biographer described his memories of a childhood during which his family could not always afford enough food. He left school in his early teens, working his way up from the absolute bottom rung as a messenger boy in a shop.

It wasn’t until he was 40 years old that Ortega got around to setting up Zara, the fast-fashion retailer that has gone from strength to strength — first growing in Spain, then neighbouring Portugal and France, then London. Now it’s all over the globe.

Ortega, the one who built the richest clothing empire rarely grants interviews and is seldom photographed.

He is known to be attentive and take into account the feedback from shop assistants who inform him of shoppers’ reactions when choosing future designs for the store. A former director told Reuters:

“If he speaks to a shop assistant and he likes what they had to say, he will pay more attention to that than to any of his managers.”

It’s no surprise there how he became so successful!