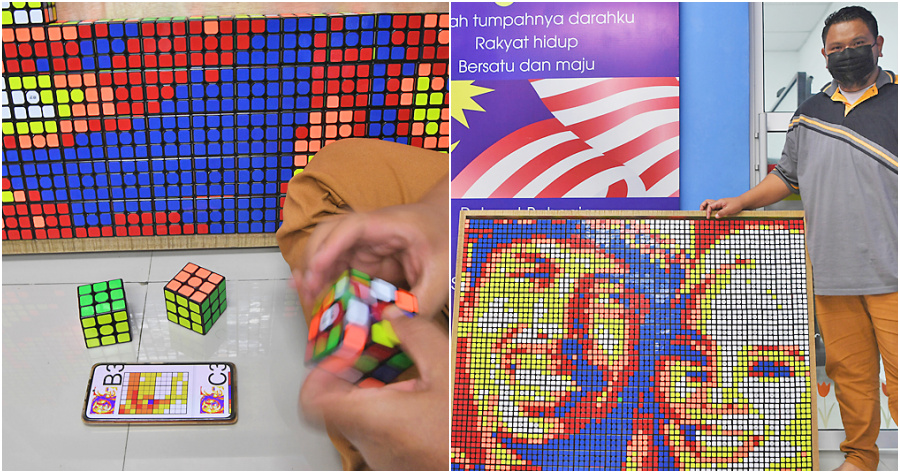 35-year-old Zabli Ab Hadi uses his unique skills to create huge portraits of celebrities and public figures using only Rubik’s cube and the results are stunning! 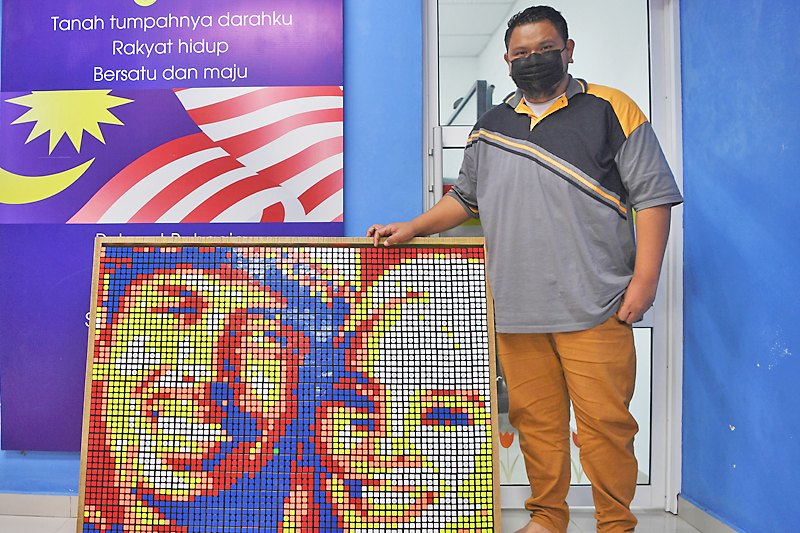 He first posted a TikTok video of himself creating a portrait of the celebrity couple, Shuib Sepahtu and his late wife Siti Sarah Raisuddin. His video has since garnered 50k views.

According to Bernama, Zabli uploaded the video solely for the purpose of demonstrating to his colleagues how to create TikTok content and upload it onto the platform. He added that he felt no harm in sharing what he has been enjoying doing since he was 14, and he certainly did not expect the video to go viral. 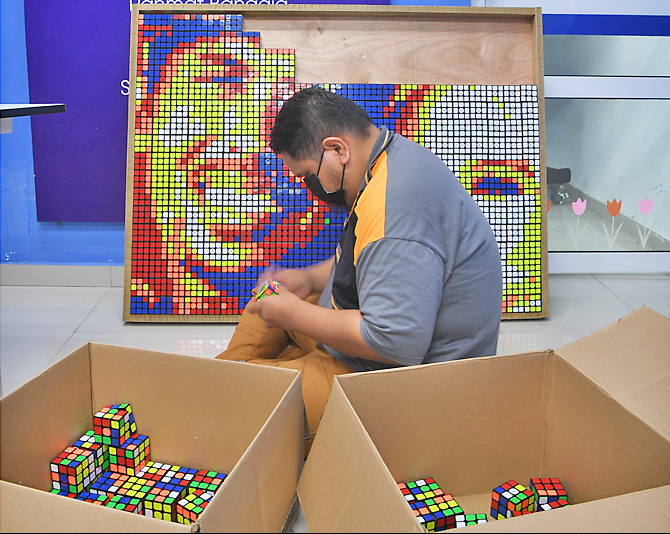 His portrait of the couple caught the attention of Malaysian veteran singer, Dato Siti Nurhaliza and that prompted him to create another portrait of the singer herself! He has also uploaded the process onto his Tiktok and Instagram accounts.

In the video, he explains that he used 391 Rubik’s cubes and the process took him around 3 to 4 hours to complete the portrait. Although in the video we can see him moving his fingers really fast while working with the cubes, he repeatedly insisted that he isn’t a fast Rubik’s cube solver.

Zabli also goes on to express his gratitude and happiness towards his wife who did not stop him from forking out RM2,000 from their savings to purchase 400 of the cubes online.

In terms of the workflow, Zabli revealed that it can be very time-consuming and involved a lot of hard work. However, he also said that the portraits don’t last long as he disassembles the cubes and puts them back into a box after preserving his ‘art’ in the form of a photograph.

Zabli is also seriously considering working on fan requests. But he said that he is still thinking about the best method to preserve the ‘cube art’ as cost also comes into play if he were to order a custom made glass to be attached to the frame in order to maintain the position of the cubes, reported Bernama.

Well, we certainly hope Zabli figures out a way to fulfil his fans’ wishes as his work is truly creative and one-of-a-kind. Be sure to follow Zabli’s social media accounts for more updates. 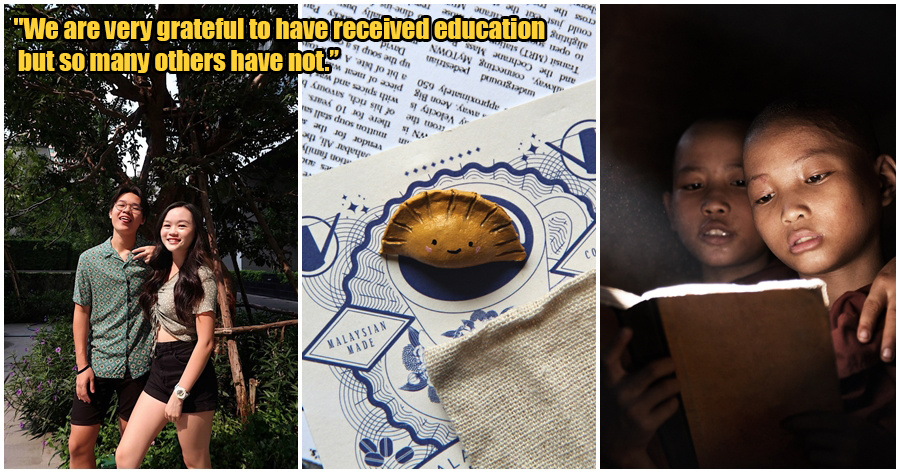