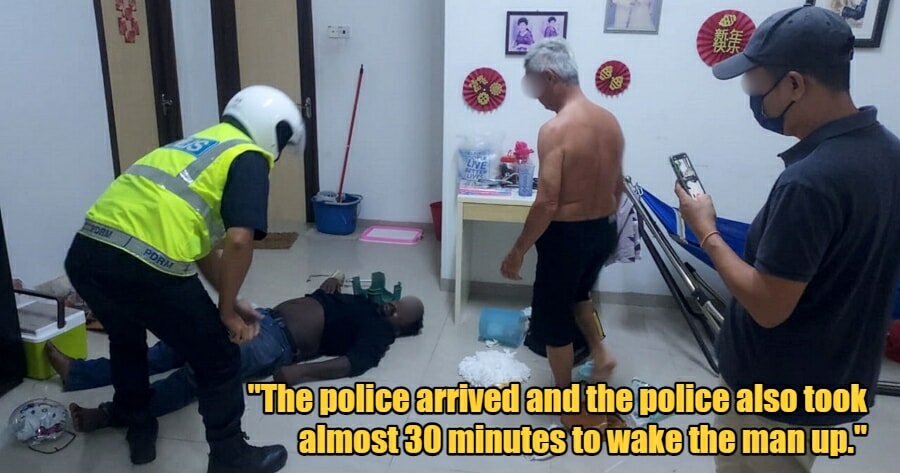 An elderly man had the shock of his life when he found a man sleeping in the middle of his house. He had initially assumed that the sleeping man was one of his son’s friends but it turned out that he was a drunken thief!

As reported by Utusan, the elderly homeowner, 66-year-old Sin Kong Men, shared that he had woken up as usual and wanted to go out to have breakfast at a shop located near his house. 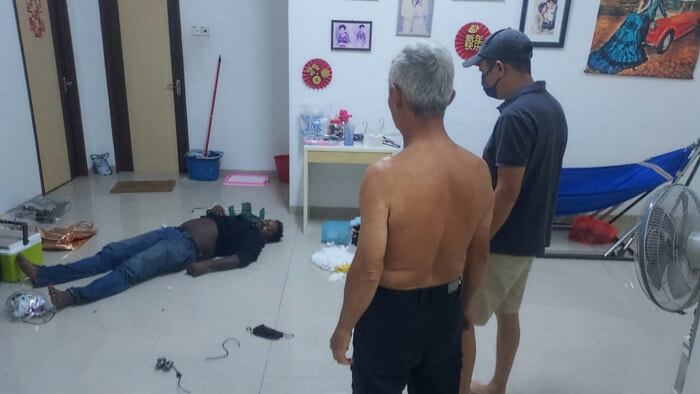 However, as soon as he came to the middle of his house, he was surprised to find a man asleep on the floor and a black dog pulling at the man’s sleeve.

“I thought it was my son’s friend, but then I saw the messy living room and there was a paper bag containing 2 knife blades, a screwdriver, 2 bottles of liquor and a computer tablet with the man.”

“The liquor and the computer tablet are items from this house, I suspected this man drank the liquor from the glass cabinet until he got drunk and fell asleep. My children and I tried to wake the man, but he didn’t wake up. Not long after, the police arrived and the police also took almost 30 minutes to wake the man up,” Sin said. 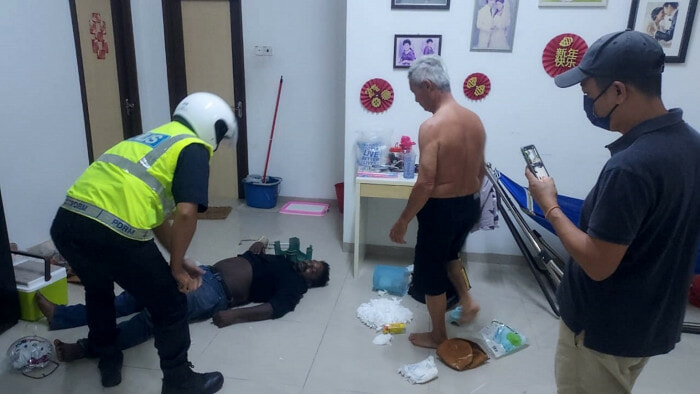 He added that, at the time of the incident, there were more than 10 people in his home including his children who had returned to celebrate Chinese New Year.

Meanwhile, Jempol District Police Chief Superintendent Hoo Chang Hook shared that the 41-year-old suspect had allegedly entered the house by climbing the side fence and through an unlocked back door. 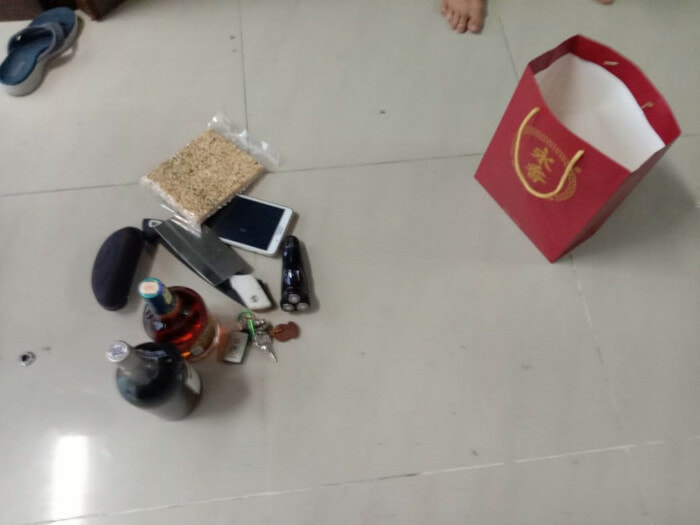 “The suspect was arrested and has 21 past criminal records, 15 of which are drug abuse-related offenses and the rest are crimes. The suspect is also a wanted individual for a case under Section 15(1)(a) of the Dangerous Drugs Act”, he explained.

This current case is now being investigated under Section 457 of the Penal Code.