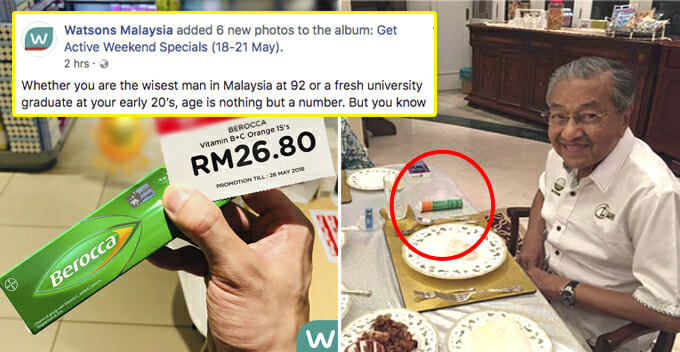 At the ripe age of 92, Tun Mahathir is arguably more energetic than some of us who are in our 20s, and apparently his secret lies within a green tube. 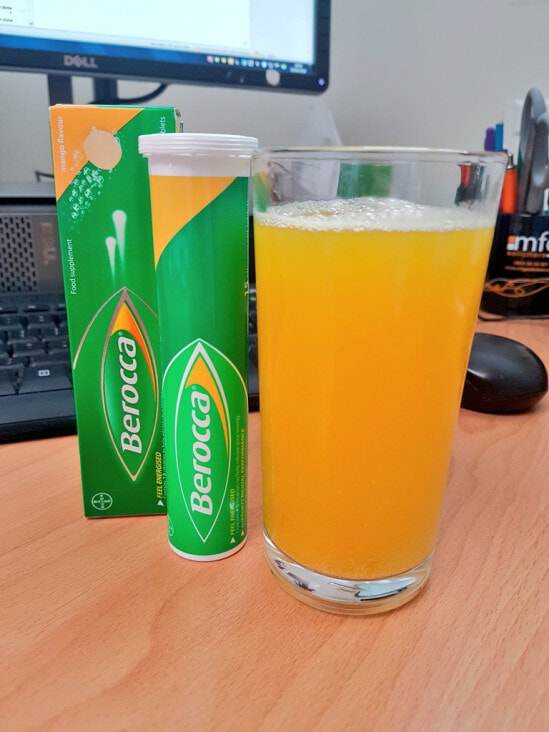 Of course, Tun Mahathir didn’t personally say this, as it was netizens who came up with this speculation after a picture of Tun M went viral on social media. He was sitting at the dining table with a tube of Berocca supplements sitting next to his plate.

It’s also worth mentioning that the amount of rice Tun M eats is unbelievably little compared to the average Malaysian’s diet. Judging by the looks of it, the rice is equal to the size of our fist! 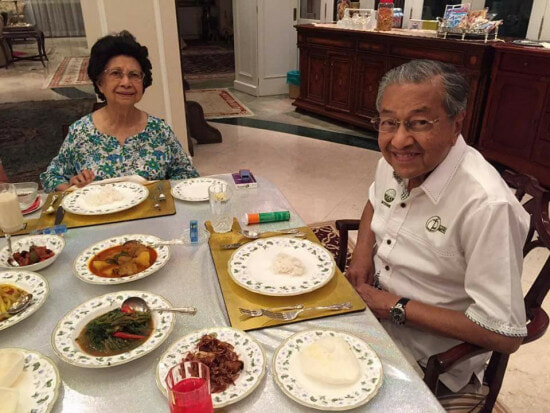 This picture gained so much hype on the internet that Watsons Malaysia has decided to include Berocca and several other supplements into their latest promotion under their Misi Ikhlas campaign! Tun M’s influence, y’all!

As such, you can get Berocca at a cheaper price from 18 to 21 May 2018! Just so you know, Berocca helps to improve your alertness and concentration besides enhancing your mood and mental performance! (We’re not getting paid to say this btw.) 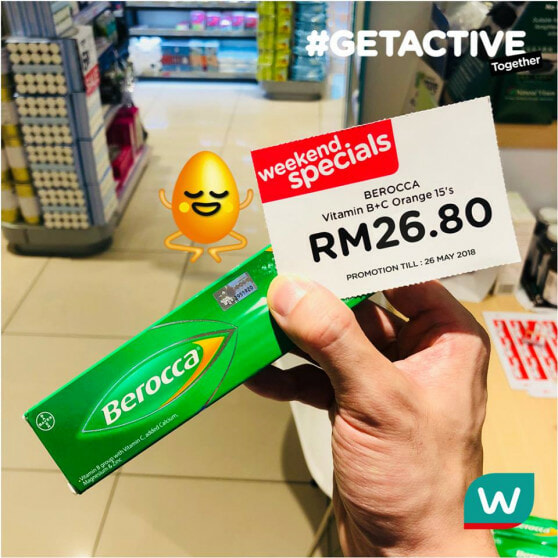 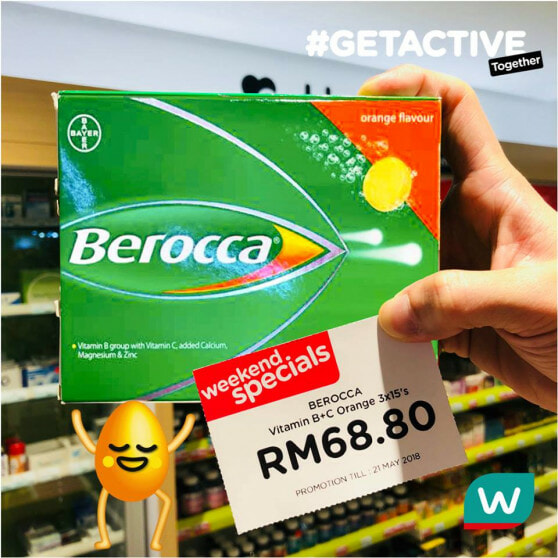 Out of curiosity, what phone is Tun M using? Mind uploading a picture on social media? XD

Also read: M’sians Have Been Looking All Over for Tun M’s Viral Sandals and Bata Responded! 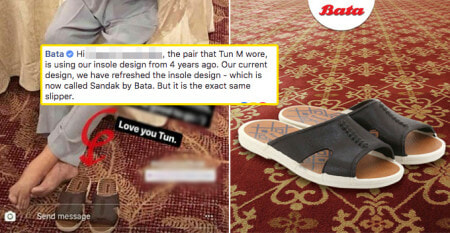