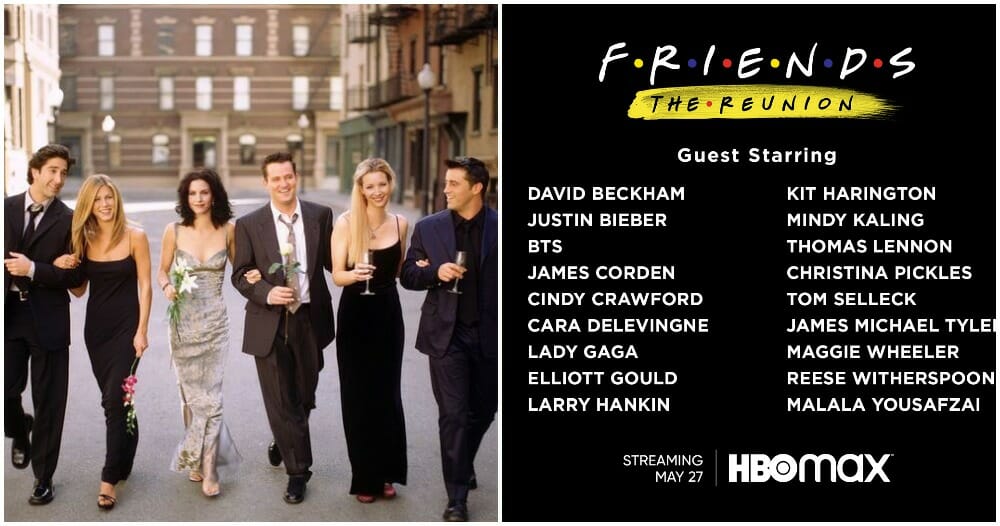 The One Where We See All Our Favourites Again!

When it was announced last year that our favourite group of F.R.I.E.N.D.S will be reuniting for an HBO Max special, we couldn’t contain our excitement as this group of zany, quirky friends will be gracing our screens 15 years after the series finale.

However, due to the Covid-19 pandemic, the special was delayed BUT the show’s official Instagram account revealed that filming wrapped successfully last month. HBO Max announced today (14 May) that the highly anticipated special will be streaming exclusively on HBO Max on 27 May. The trailer showcased the main cast walking in slo-mo with the iconic Friend’s theme song plays in the background. The special’s title will be called Friends: The Reunion or, “The One Where They Get Back Together.”

The One Where We Get to See Our Favorites Back Together Again. The #FriendsReunion is coming on May 27 only on HBO Max.

HBO Max described the reunion as a “real-life unscripted celebration” of the TV series, which was filmed on the show’s original soundstage at the Warner Bros. Studio backlot in California, reported Forbes.

If the reunion didn’t excite you enough, the guest stars definitely will as it features some of the biggest stars including David Beckham, BTS, Justin Bieber and Lady Gaga among others. 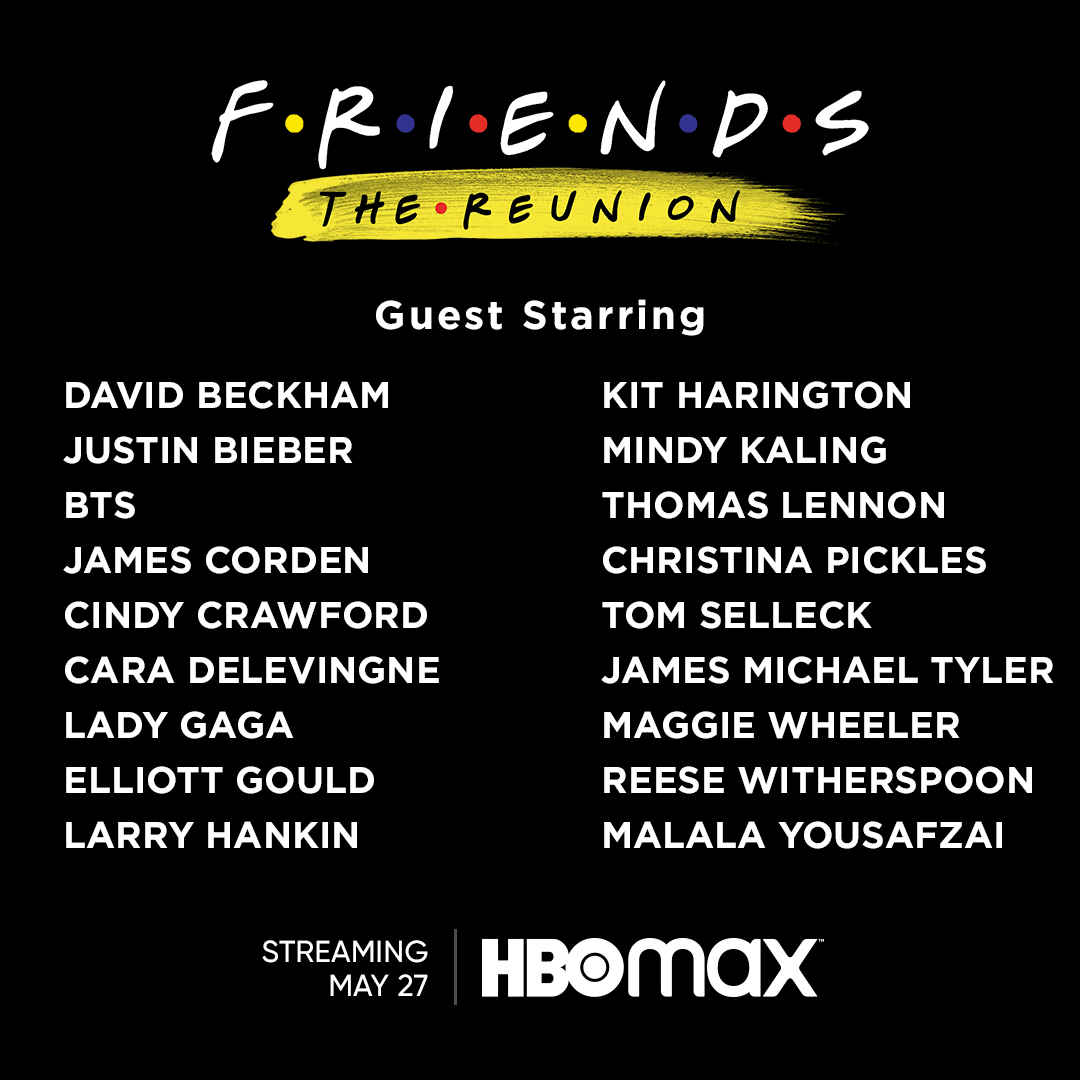 However, HBO has previously said that the show will feature the original cast members reuniting on the show’s sets as themselves “to reminisce,” and they reiterated that this is not a new, original episode of the series.” Suffice to say, Internet users, are collectively losing their minds at the prospect of seeing their favourites again.

How excited are you?? Let us know in the comments section!

Also read: The Cast of Friends Are Reuniting After 15 Years & We Are Losing It