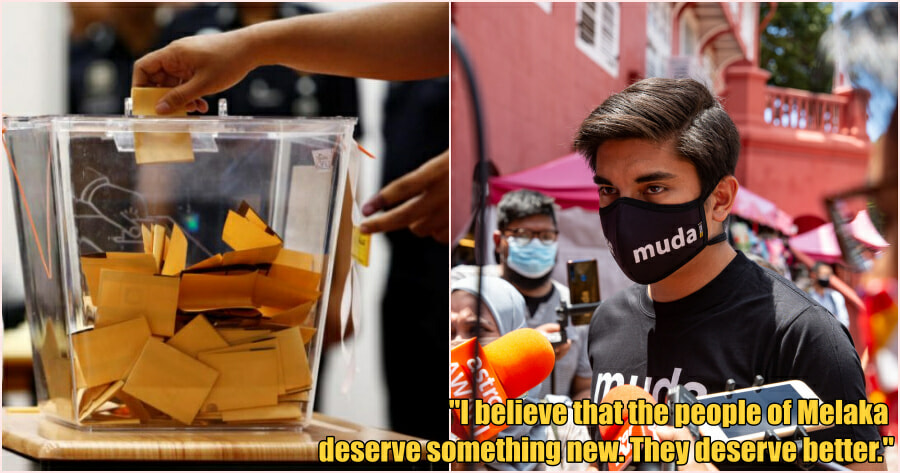 Despite the fact that the Malaysian United Democratic Alliance (MUDA), founded by Muar MP, Syed Saddiq is yet to be registered as a political party, they recently announced that they will be contesting in the upcoming Melaka state election on 20 November.

According to a Facebook post by Syed Saddiq which summed up the press conference he just had in Bandar Hilir, Melaka, today (27 November), the party was negotiating with Pakatan Harapan (PH) on the distribution of seats. 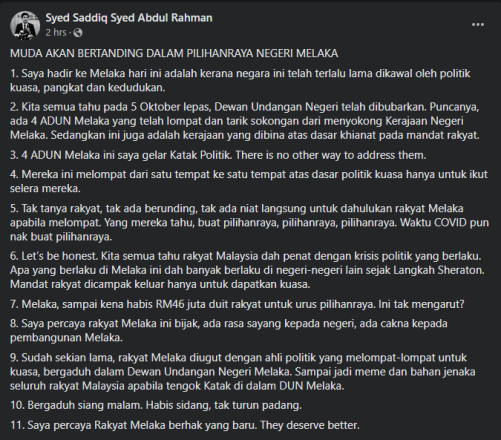 “We will negotiate with the opposition bloc and make a joint announcement after this,” he said when asked how many seats MUDA’s candidates would contest.

The former youth and sports minister also explained that it has yet to be decided if MUDA will contest under PH’s logo. 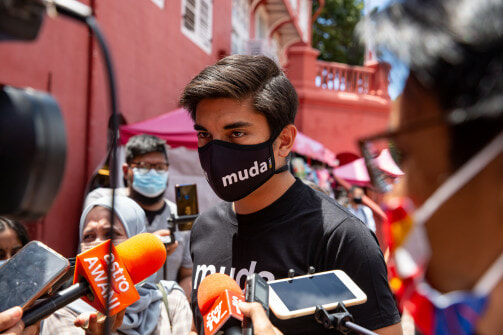 In his statement, Syed Saddiq said, that MUDA wanted to play a role in shaping politics in Melaka as it felt that the time was ripe for a “new politics” of honour and integrity.

“I have come to Melaka today because this country has been controlled by power politics, standings and ranks for far too long.”

He reiterated that we all know what had happened on 5 October when the Melaka state assembly was dissolved when four assemblymen had jumped ship and taken back their support for the Melaka’s state government.

Idris and Nor Azman have since been sacked by Umno, while Noor Effandi had his membership terminated by Bersatu.

“I call the four assemblymen ‘political frogs’. There is no other way to address them.” 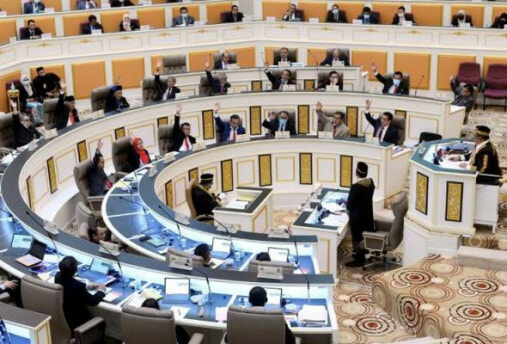 Syed Saddiq also stated that the party will reject “political frogs” who switch parties for their own benefit.

“I call the four assemblymen ‘political frogs’. There is no other way to address them.”

He further stressed that while MUDA might not have the “money, position and power”, it made up for it with its idealism and motivation to bring change to the country.

“Change must start in Melaka, and the people of Melaka have the right to a new and good government,” he said.

“I believe that the people of Melaka deserve something new. They deserve better.”

“This (election) is an avenue for us to come up with a new and revitalised (political) landscape with new faces who are focused on policies, service to the rakyat, and multiracial and moderate politics.”

Also read: Syed Saddiq Explains Why MUDA Is Still Not Registered As A Political Party 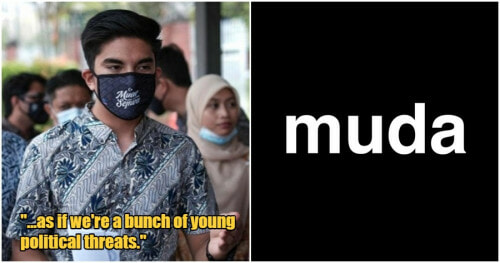