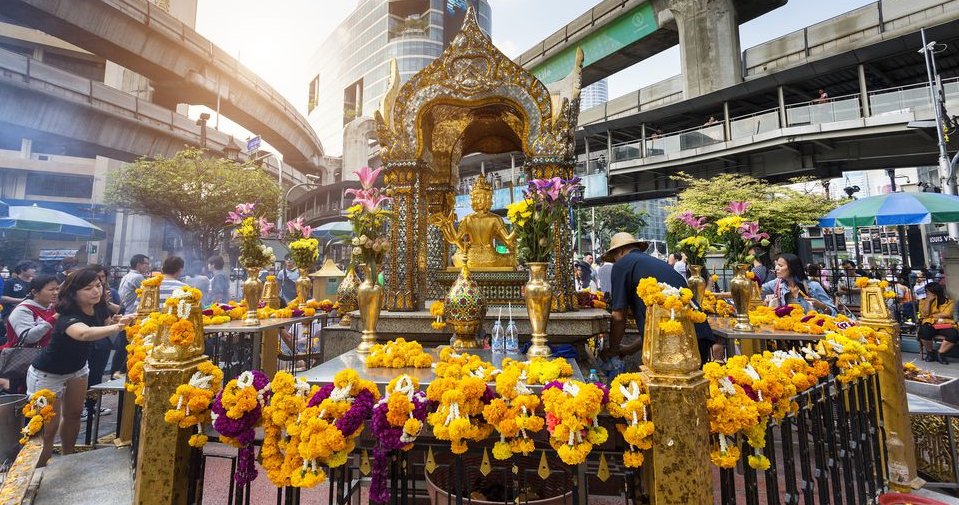 Bangkok is one of Malaysians’ favourite destinations to visit, thanks to its awesome food, cheap shopping and friendly people. Many people also like to visit this city for their prayers as Bangkok is also famed for their numerous temples and shrines. One of the most popular shrines is the Erawan shrine, near the Grand Hyatt Erawan hotel that attracts thousands of devotees. 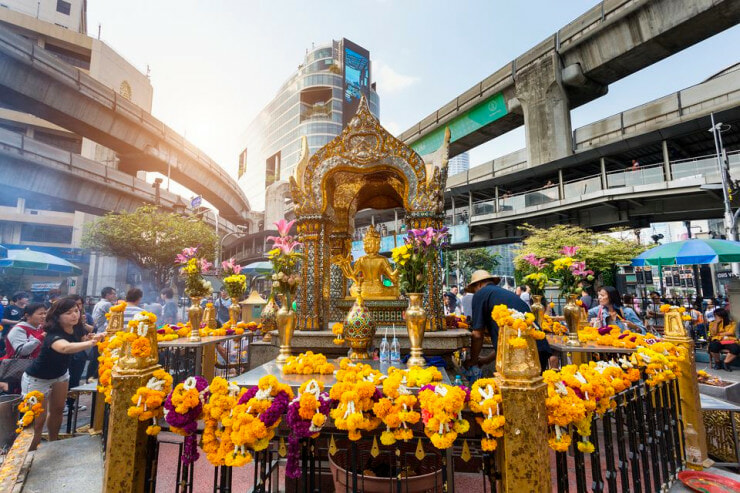 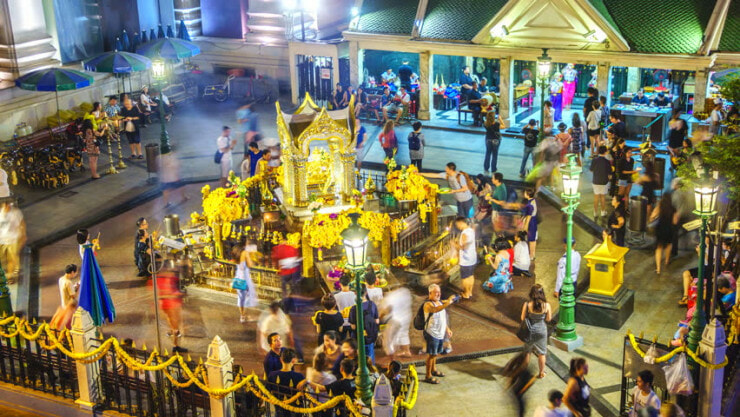 Erawan shrine was previously known as Thao Maha Phrom Shrine, and houses a beautiful golden statue of Phra Phrom. Phra Phrom is also known as the four-faced Thai representation of the Hindu god of creation, Brahma. If you have been there, you would have seen devotees crowding the shrine, with prayers asking for everything from a lottery ticket, new child, help at work or just for blessings.

It is customary to light incense sticks and candles, which can be bought from street vendors or in the shrine, as offerings to Phra Phrom. Other offerings include garlands of flowers, wooden elephants or hiring the resident Thai dance troupe to perform for Phra Phrom. Many people would also come back with gifts when they believe Phra Phrom has granted their prayers. 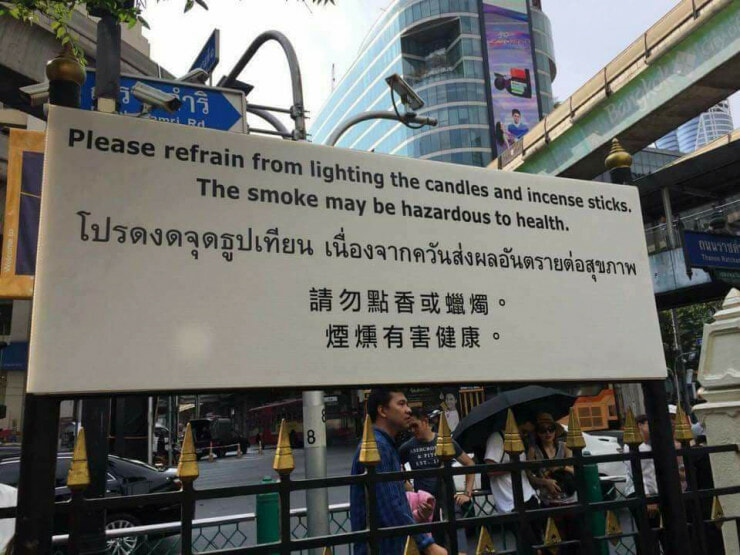 It reads, “Please refrain from lighting the candles and incense sticks. The smoke may be hazardous to health.” Facebook posts also said that the ban had started from March 7. Although none of the prohibited items were lighted up, a Facebook video showed that devotees were still praying with unlit candles and incense sticks. Use your sincerity instead! These items are still being sold, just not lighted up. 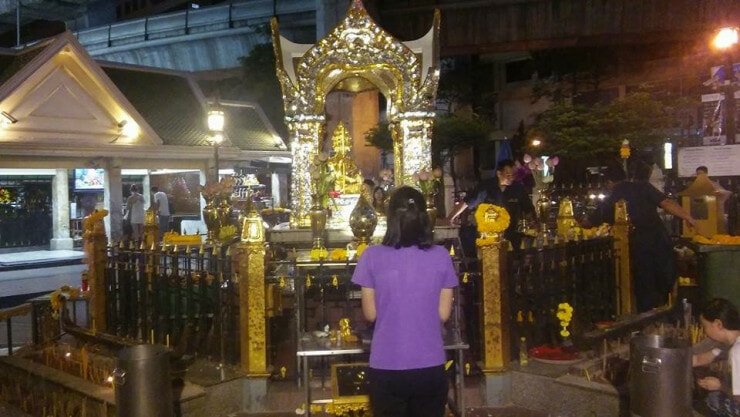 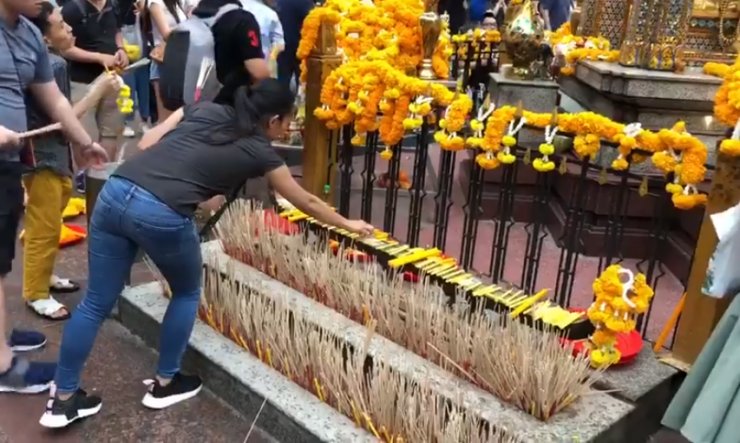 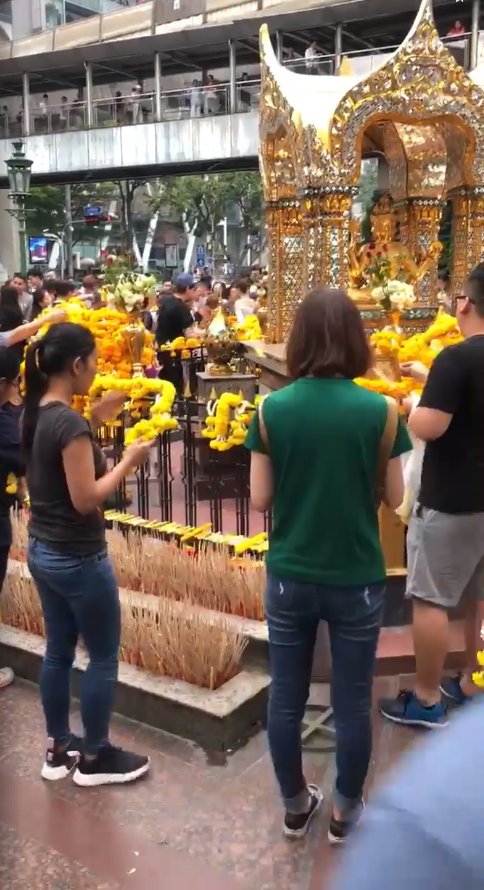 Various netizens were debating over the ban, with most of them agreeing that the burning smoke from incense and candles caused pollution. Some of them said that the smoke used to sting their eyes. However, a few of them joked that they should bring electric incense sticks instead the next time they pray there. A few said that it was more environmentally-friendly but the vendors could make a lot of profit as they do not need to keep buying new stock.

No matter what offerings you use, make sure you are sincere in your prayers!

Also read: 8 Awesome Night Markets in Bangkok You Must Visit For a Complete Experience