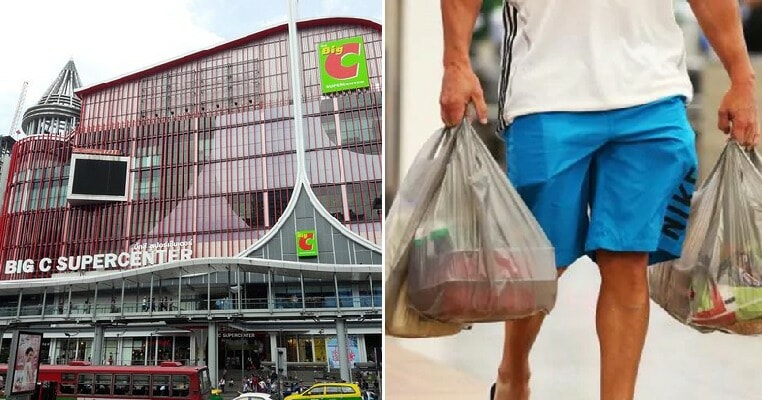 Our environment is suffering from serious plastic pollution and this problem is only going to get worse if we don’t do something about it. That single-use plastic may be really convenient for now, but in the long-term, it’s going to have harmful effects on the environment. 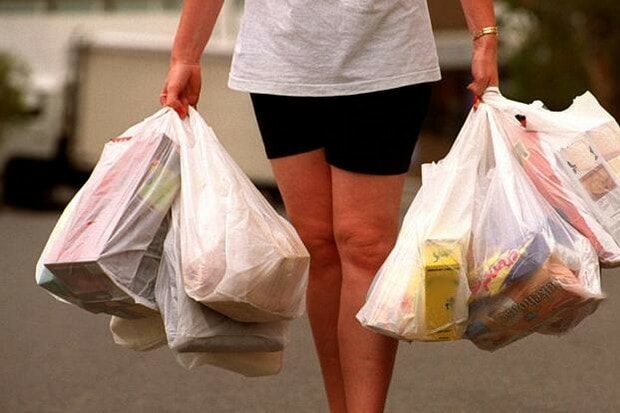 As more and more shops and countries are pledging to reduce plastic waste, it’s good to get recycle bags when you go shopping so you are prepared. Next year in 2020, you will also need to bring recycle bags when you’re shopping in Thailand as major retail and convenience stores have announced that they will stop giving out free plastic bags to customers, Reuters reported.

This announcement was made in September 2019 and major operators said that starting January 2020, they will not provide single-use plastic bags anymore. Varawut Silpa-archa, the natural resources and environment minister said that, “43 department stores and convenience stores around the country have joined the program to stop handing out plastic bags.” 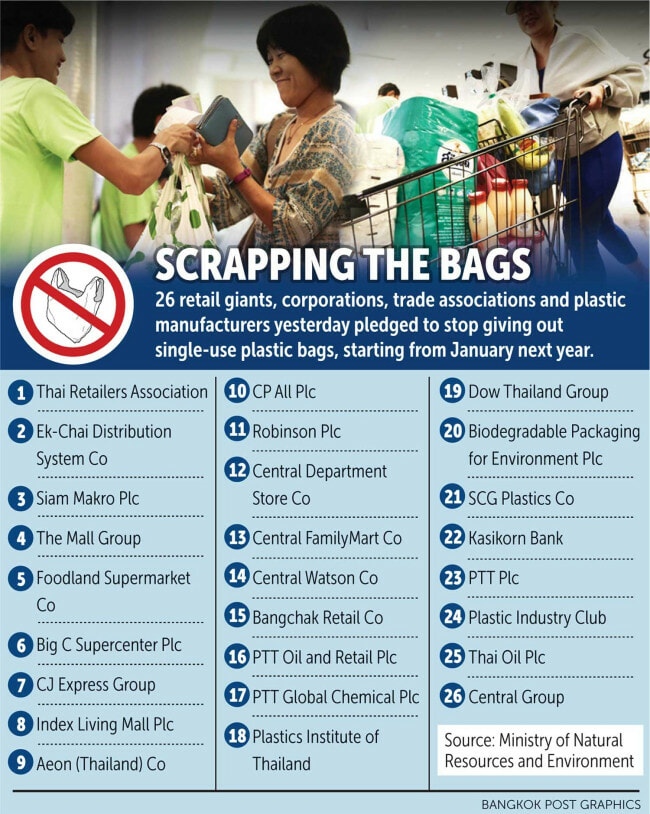 Some of these stores include CPALL Pcl, which operates more than 10,000 7-Eleven convenience stores in Thailand, and the country’s largest retailer, Central Group. Other popular stores include Big C Supercentre, Tesco Lotus, Aeon, Siam Paragon and many more.

The public is encouraged to bring and use cloth bags for their shopping. Varawut said, “Convenience will slightly be reduced in order to extend the life of the environment.” Greenpeace says that if this move is successful then it could help reduce the waste in Thailand, especially plastic. 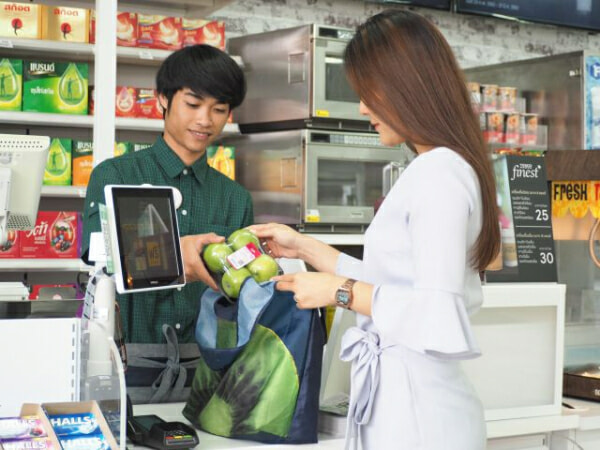 The country generates about 2 million tonnes of plastic waste a year. Out of this, 75 billion pieces are plastic bags and half of this comes from malls, supermarkets and convenience stores, with the other half coming from traditional markets and street vendors.

However, retailers are worried about this decision as consumers have made an uproar about this. Many fear that customers will make a fuss or throw tantrums when they were not given plastic bags. Yet, they hope that people will be cooperative as they want to help save the environment.

So, if you’re travelling to Thailand next year, make sure you bring your own recycle bags! 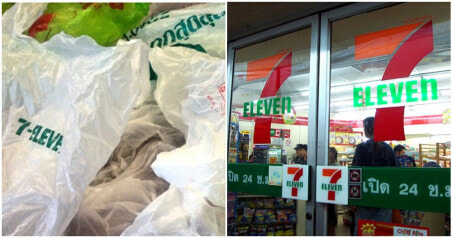