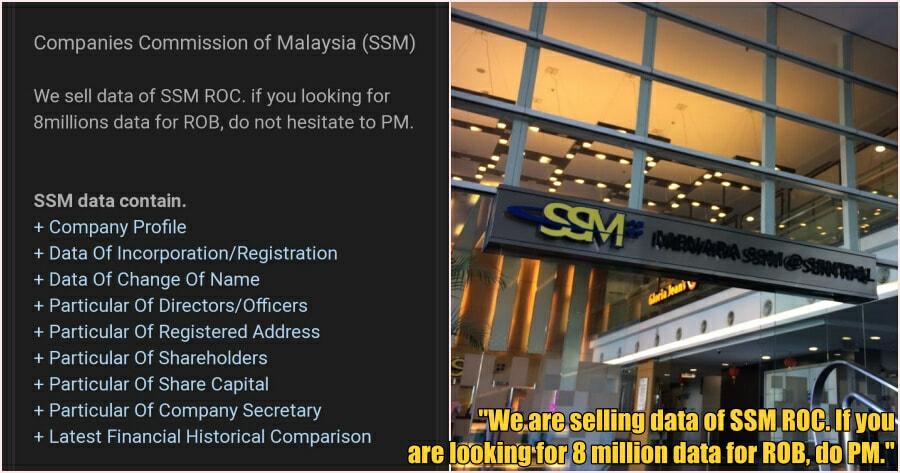 Just yesterday it was reported that a database leak that contained four million data entries of private information belonging to Malaysians was put on sale for RM35,500 at a well-known marketplace forum. The leaked database reportedly involved the National Registration Department (JPN) as well as the Inland Revenue Board (LHDN) and included information of Malaysians such as their full name, NRIC number, mailing & permanent addresses, mobile number, and e-mail address.

Now a new data list has sprung up from the same seller, this time involving the Companies Commission of Malaysia (SSM). The data is said to contain the company profiles, the particulars of its directors, and shareholders and particulars of the company secretary and other information of approximately 1.4 million Malaysian companies. 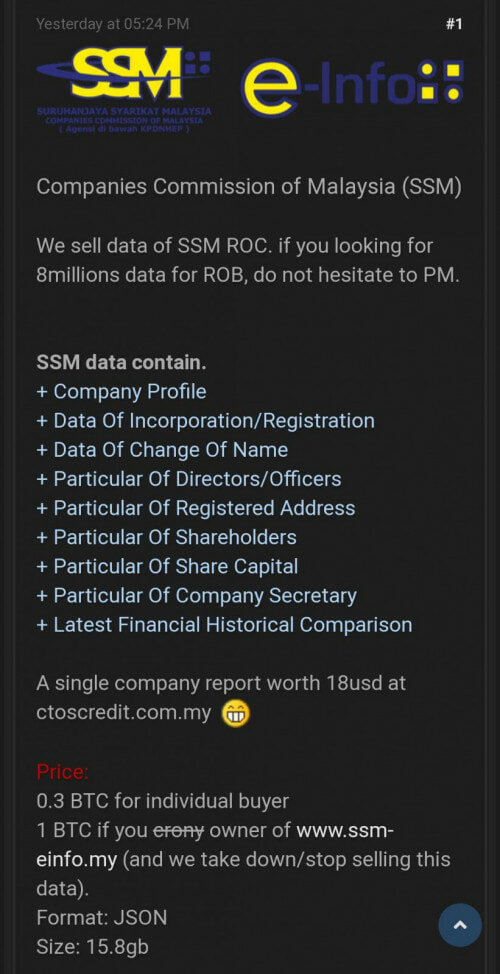 In the listing the seller said, “A single company report is worth USD$18 at ctoscredit.com.my.” They then stated that the price for the data list is 0.3BTC or RM52,000 for individual buyers or 1BTC or RM174,400, “If you’re a crony owner of www.ssm-einfo.my (and we take down/stop selling this data).” 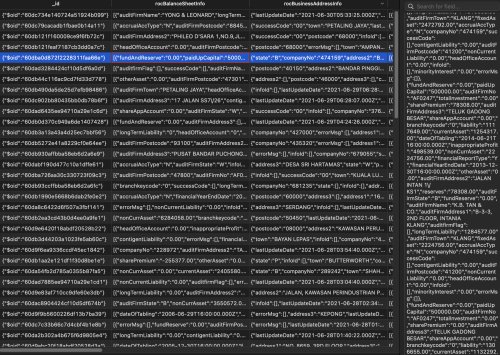 The seller also mentioned in a response to another user, “Next is credit report company. Stay tuned.” 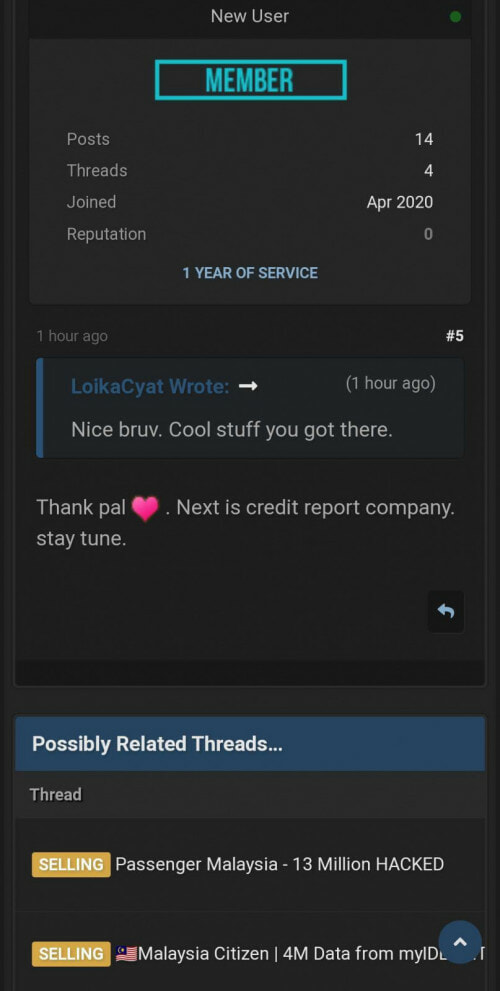 However, some netizens think that this data leak is much less damaging as explained by a Reddit user who said, “Compared to other leaks, I don’t think this leak is that much big of a deal.”

“These records are publicly available anyway, subject to a fee which is quite affordable. For example, company profile is RM15.30 (incl. SST). SSM should still improve their cybersecurity though.”

The user also said, “Whoever’s buying these leaked records would be better off buying from SSM directly as SSM would have the latest records in any event.”

No statement has been issued from SSM as of yet. Similar to the other data leak, we hope that both listings get brought down promptly and that a complete investigation is conducted on how both databases were leaked in the first place. 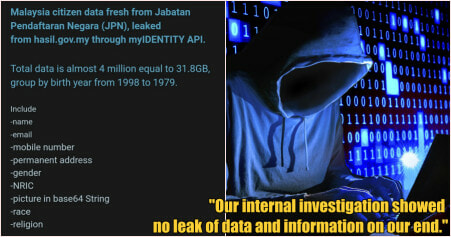