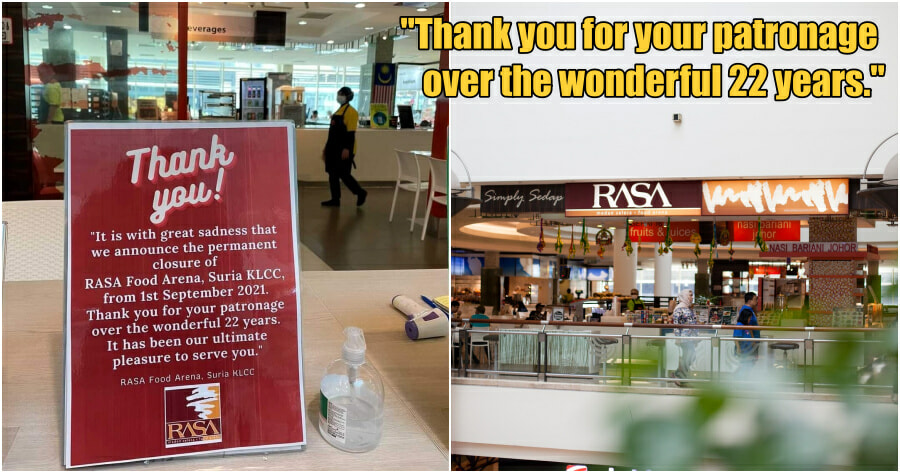 The Covid-19 virus has caused the closure of so many of our favourite food outlets in areas such as SS15 in Subang Jaya and even one of the most visited and frequented areas in the past, Bukit Bintang.

Latest to bite the dust is Suria KLCC’s famous food court,  RASA Food Arena which announced that it was shutting down for good today, 1 September.

The sign which announced its closure was posted on Twitter, by user @haaziq_mz who wrote, “Goodbye Rasa Food Arena, Suria KLCC.” 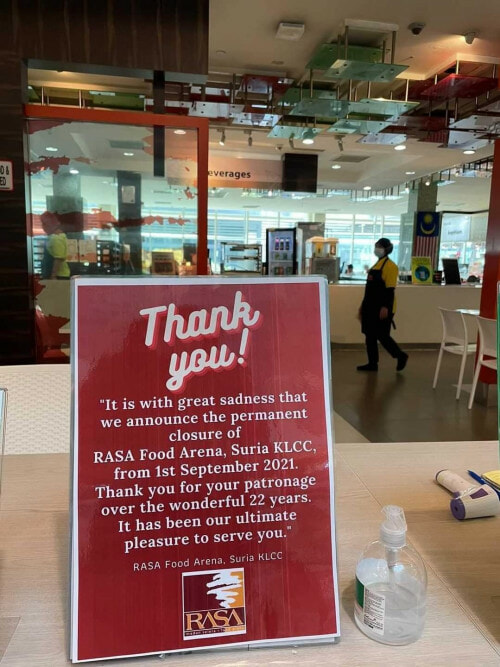 The poster reads, “It is with great sadness that we announce the permanent closure of RASA Food Arena, Suria KLCC, from 1st September 2021.”

“Thank you for your patronage over the wonderful 22 years. It has been our ultimate pleasure to serve you.”

Social media users flocked to the comments section to express their sadness and grief over the news whilst reminiscing their favourite meals and memories of the food court.

One user said, “Back when I used to work part-time for two years I always ate at this level four food court. A lot of memories here.”

Another said, “My favourite spot to lepak. I’m not crying (sad emoji).”

A few commenters expressed their sadness since they will no longer be able to have their favourite meals there. Amongst the many food options that were available there, users were most sad over the loss of the curry mee, Kopitiam and Japanese food stalls.

The food court was a popular spot for both tourists and locals, with office workers often frequenting it for the amazing range of food that was available.

It was also one of the first tenants ever since the opening of the mall in May 1998. After having gone through a number of renovations, it reopened in 2007. 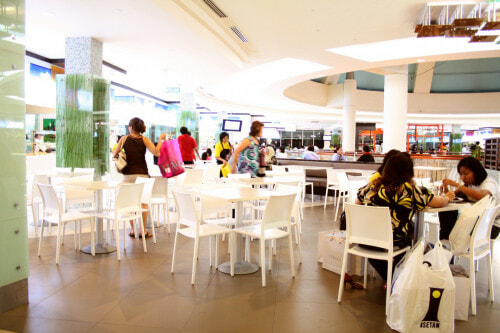 The food court which was on level four, was one of the two food courts available at Suria KLLCC with the other being Signatures on level two.

We hope that some of our go-to places to eat do manage to survive the pandemic. Let’s make it a point to support our local businesses and their employees by purchasing food from them, whenever we are able to.

Have you ever had a meal there? Let us know in the comment section what you’ll be missing the most.

Also read: More SS15 Businesses Are Closing Down, Much To The Disappointment Of Subang Residents 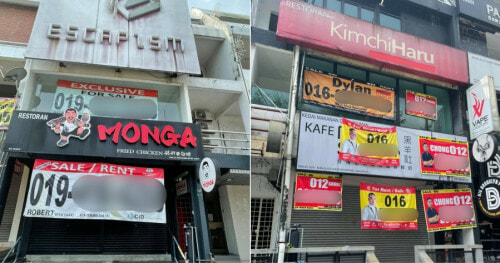