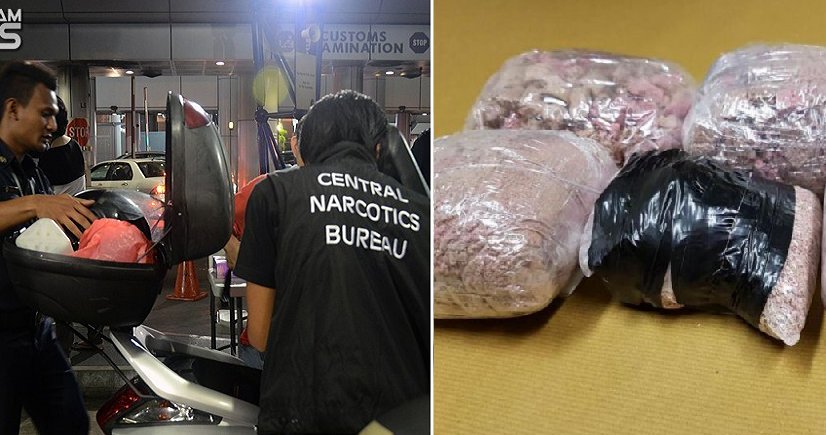 Drug trafficking is a serious crime in Malaysia and Singapore, which can result in death penalty if you’re caught in the act, just like this Malaysian who was recently executed for drug trafficking in Singapore. However, usage of drugs is still rampant in both countries as the Central Narcotics Bureau (CNB) in Singapore recently busted six suspected drug offenders on Tuesday. 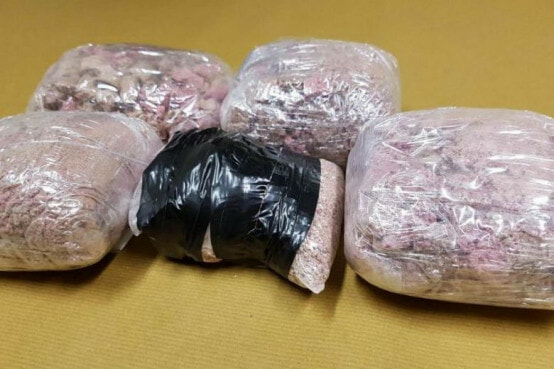 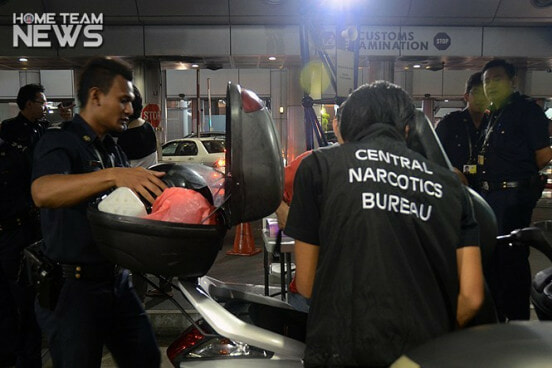 The second man arranged to meet two Malaysian men, aged 23 and 27, at a nearby coffee shop. Apparently a transaction ensued as he left the premises with a bag containing 1.36kg of heroin while the two Malaysian suspects were arrested with a total of S$2,400 (RM7,563).

After that, the CNB rounded up another two suspects, the aforementioned 42-year-old man and another 61-year-old Singaporean man in the 35-year-old man’s unit in Changi Road. They seized 280g of heroin and 16g of Ice in the hideout. 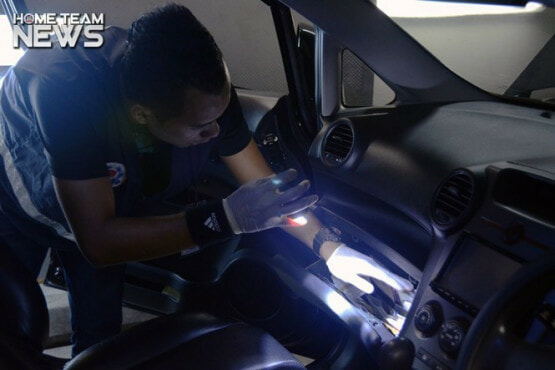 It seems like there are plenty of drugs still because they found another 450g of heroin in the 42-year-old’s car. That’s not all, as the CNB proceeded to raid his hideout in Woodlands Crescent area and discovered another 30g of heroin plus three Erimin-5 tablets and some drug paraphernalia. In addition, they arrested the sixth suspect who was in the unit, a 42-year-old Singaporean woman who is a drug addict.

The shockingly huge amount of drugs is certainly an eye-opener as it is reported that 180 abusers can use 15g of pure heroin for a week.

All in all, they were caught with a grand total of 2.1kg heroin! Whoa, that’s a whole load of drugs!