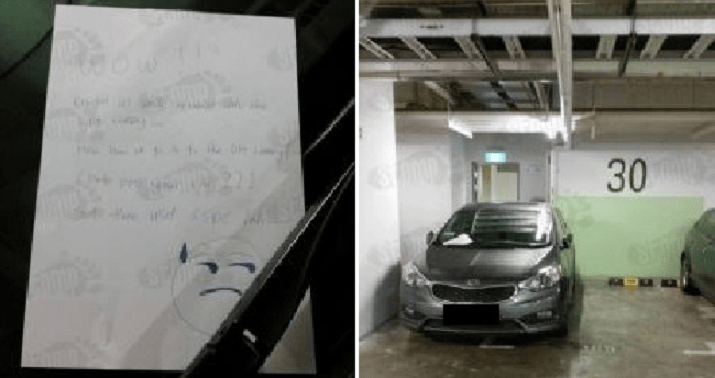 Malaysians are notorious for being TERRIBLE on the road.

We have people who race on windy roads up to the highlands, and even on small kampung roads. We also double park or triple park like crazy all the time!

But one amazing thing is, we’ve learnt to just put up with these drivers. In fact, we’ve also embraced such road attitudes. They say if you can’t beat them, join them… Okay, don’t take our word for it.

However, Singaporeans won’t put up with these kind of behaviour. Any kind of road incidents are highly not tolerated.

Just like how a stranger had left a super passive-aggressive note on this car for blocking an entrance.

On the evening of May 8, 2017, the entrance to the lift lobby of Forestville Condominium was unfortunately blocked by the Kia Cerato, STOMP reported. 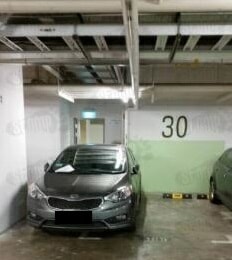 Wanni told STOMP that he was passing by when he noticed the epic note left on the windscreen wiper of the grey car.

He couldn’t help but laugh and shared it with the world.

The angry stranger even told the driver to revisit the driving school if they have the time. 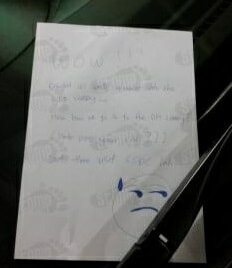 Indeed, from the picture you can see how the car was parked on half of a parking spot and the other half was outside of the lot.

Either the person was trying to unload things into the lift lobby and forgot to move their car, or they were really just inconsiderate. Judging from how a person had the time to write this note and have another stranger stumbled across it suggests the latter.

At least be like Malaysians lah when we double park… leave your phone number on the dashboard so someone can call you up to remove your car. 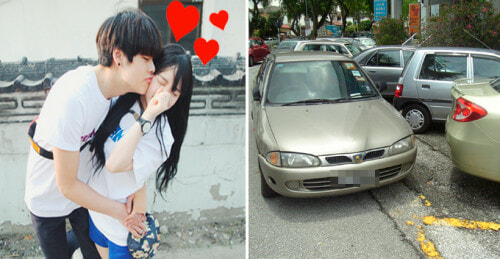