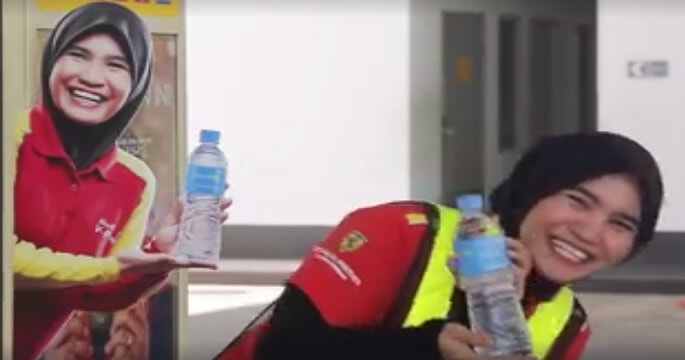 By now, all of us are surely familiar with the ‘Mineral Water Lady’ cardboard cut-outs that have been reappearing all over Shell petrol stations recently.

Last year, the cut-out first appeared in petrol stations and scared the living daylights out of Malaysian drivers refuelling their vehicles.

They were later taken down and replaced with signs that read, “sorry if I scared you”. 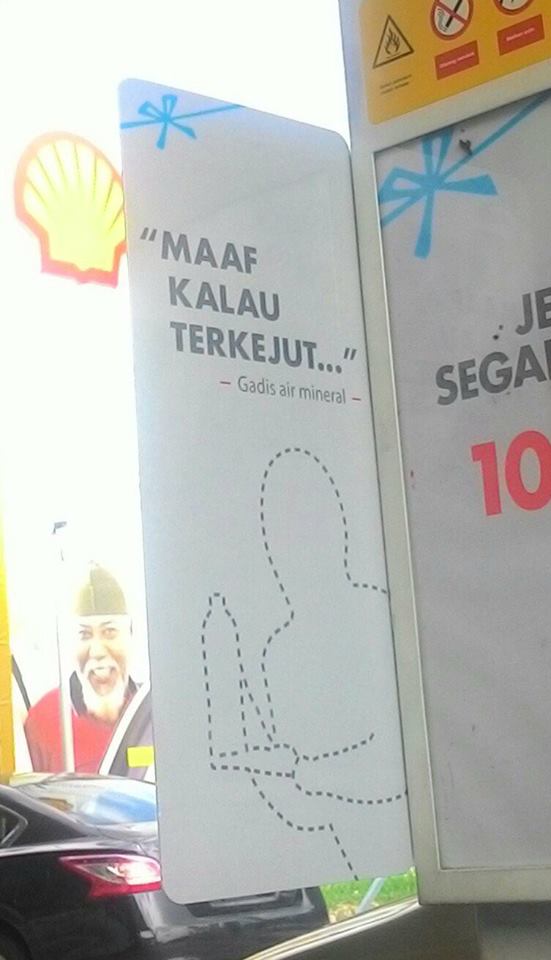 Malaysian netizens did started missing seeing the Mineral Water lady at stations not long after that. But at least, now she’s returned to petrol stations across Malaysia, causing netizens to freak out once again! 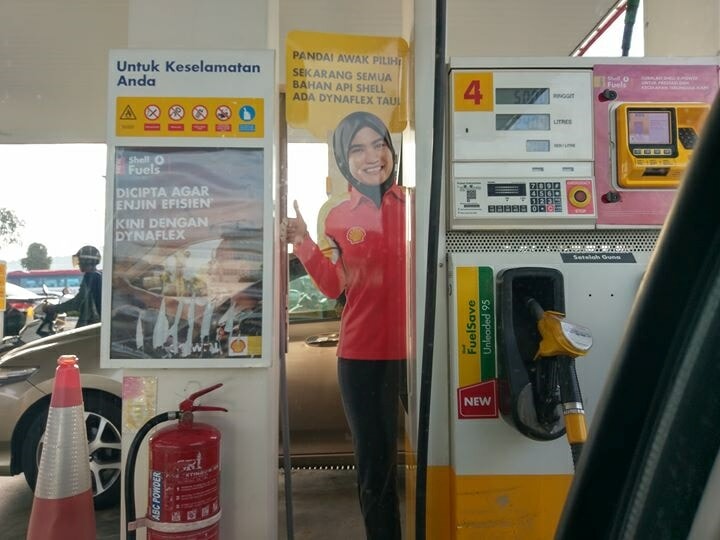 Many people then began to wonder about the backstory of this familiar face, and subsequently, Shell put up a video so we can get to know her better!

In the video, she introduces herself as Ila and shares her story with the world.

When the cardboard cut-outs were put up around Shell stations, Ila immediately began receiving texts and Facebook notifications from friends who recognised her. 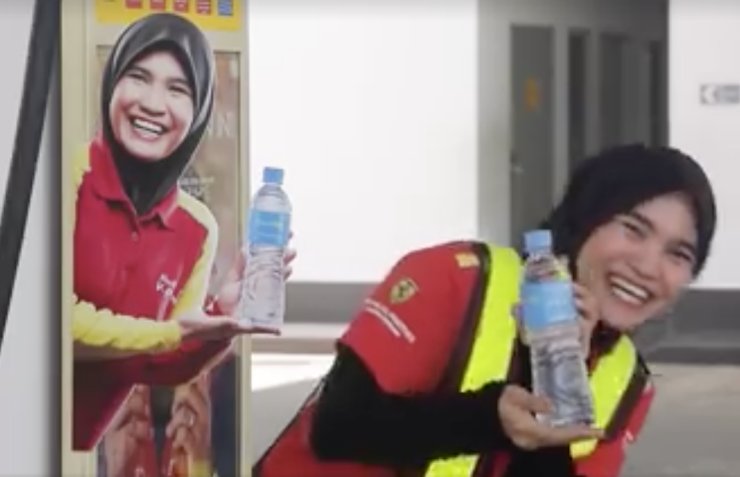 She then became aware that the cut-outs were scaring people from all the viral posts she saw on social media. She also received loads of friend requests and even messages from strangers who wanted to know if she was in fact the ‘Shell Mineral Water Lady’.

“As soon as they ask me that, I would always reply with ‘sorry if I scared you’.”

Ila then went on to share her personal story, saying that she’s the only daughter in a family of boys. Her father sadly passed away six years ago, leaving her with just her mother. 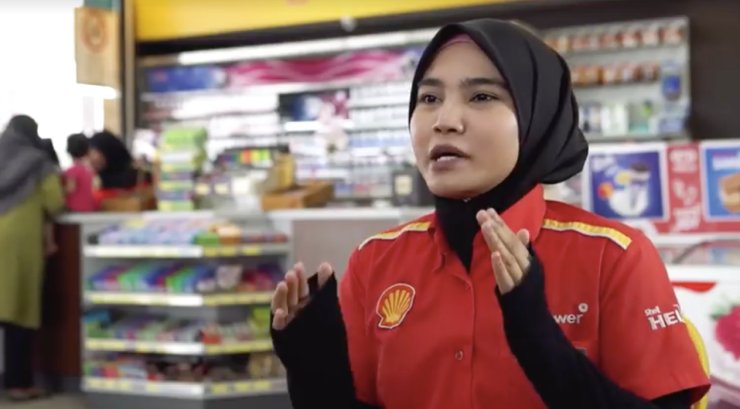 After her father passed away, she started working at a Shell station and has now been a supervisor there for the past four years. Now, she aims to work hard at her job in hopes of running an entire station on her own.

“My boss told me as long as I work hard, I can get to have my own station.”

We wish Ila all the best in her future endeavours! What an inspiring story!