Last night (7 September), a mentally unstable boy claimed that his late mother instructed him to burn down his grandmother’s house. The horrible incident occurred at Kampung Gong Tok Nasek, Kuala Terengganu around 8pm. 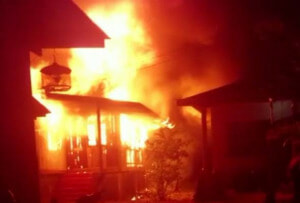 The boy’s grandaunt, Juriah Salleh, said that her 14-year-old grandnephew was left alone in the grandmother’s house while the boy’s father and grandmother were visiting their relative. She immediately rushed to the burning house after their neighbour informed them about it.

She asked the mentally unstable boy why he had burned down the house and he responded that he saw his mother, who was deceased, ordering him to burn it using paper and a match.

Her grandnephew’s bizarre action and behaviour were not surprising to her anymore as she explained that the boy has been experiencing problems mentally and emotionally lately.

According to Astro Awani, Rozizah Abni Hajar, the Kuala Terengganu Fire and Rescue Station Chief, stated that 19 firemen rushed to the scene after receiving the alert. Due to the house being made completely with wood, it was fully destroyed. 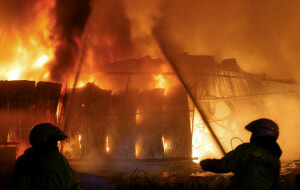 The Chief reported that before the fire brigade arrived, the boy managed to find a safe place. Fortunately, the firemen successfully controlled the fire from spreading to the next house.

The cause of the incident and the estimated loss is still under investigation.

Also Read: Lightning Strikes High Voltage Lines In China, Causing Fireball Of Sparks That Can Be Seen Across The City 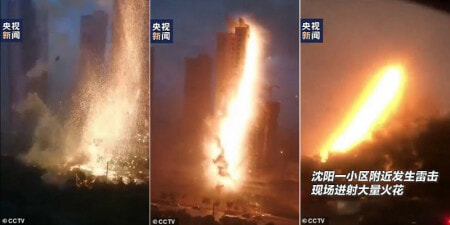