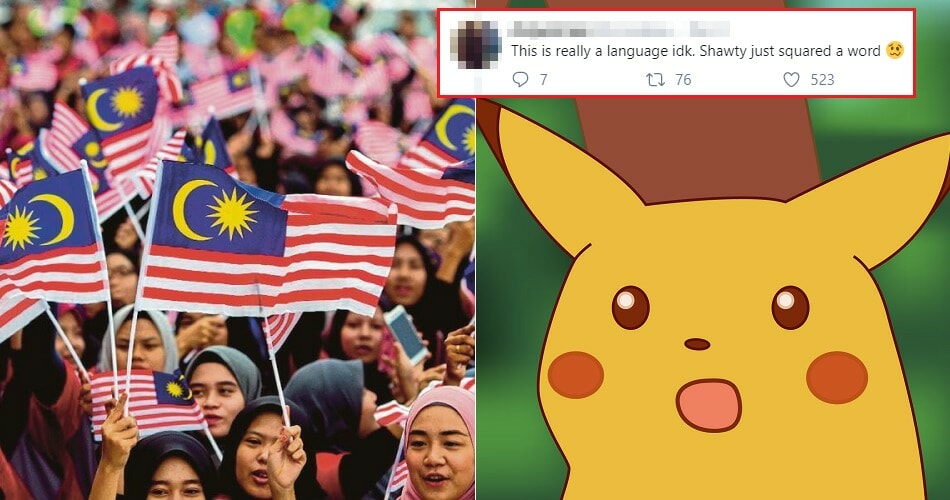 Ok, this whole thread is hilarious.

A fellow netizen from Virginia, USA found himself in a pool of confusion when he stumbled upon a very strange language (to him) – the Malay language. Let’s admit it, the Malay language that we all know and love can get a little confusing, especially when our BM teachers first introduced ayat songsang to us. Thus, it’s quite normal for a person who has never had contact with the language to find it quite bizarre.

So, here’s what went down…

This netizen found a tweet that featured a video – which went viral a few months back – that showed a man aggressively slapping his newly-wed wife after she jokingly pulled a prank on him. While the comments section filled with women and men strongly disagreeing with the man’s action, one comment seemed to have captured the eyes of Malaysian netizens, which said, “Imagine if you got hit like that by your husband.”.

Below the 0:23 seconds video, another netizen shared a gif as she commented: “Wouldn’t happen if we don’t have a husband.”

Then, a netizen, who’s an American, pointed out that the above-mentioned comment was a little a bit strange because the person just “squared a word”. HAHAHA!

He was just referring to the square (2) that came after the word makcik (auntie), which is an abbreviation for makcik-makcik (the plural form of Auntie in Malay). 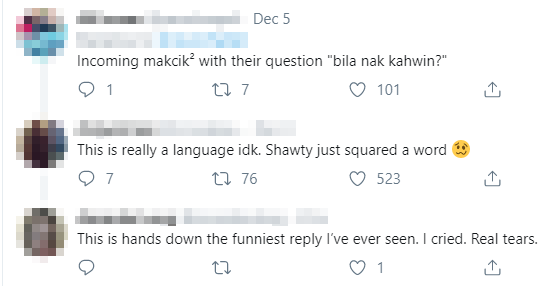 Turns out, he wasn’t the only who was very confused because another netizen who clearly isn’t from Southeast Asia was as equally confused. You can read their response below: 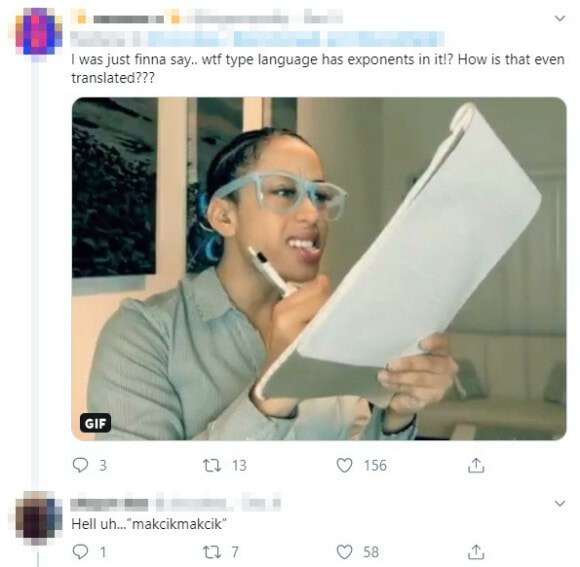 After his comment, another netizen pointed out that’s it’s “Malaysian” (aka the Malay language); meanwhile, another person decided to go on Youtube to learn more about the Malay language, and she found an informational video which perfectly explains the language. She shared the link of the Youtube video in the thread. 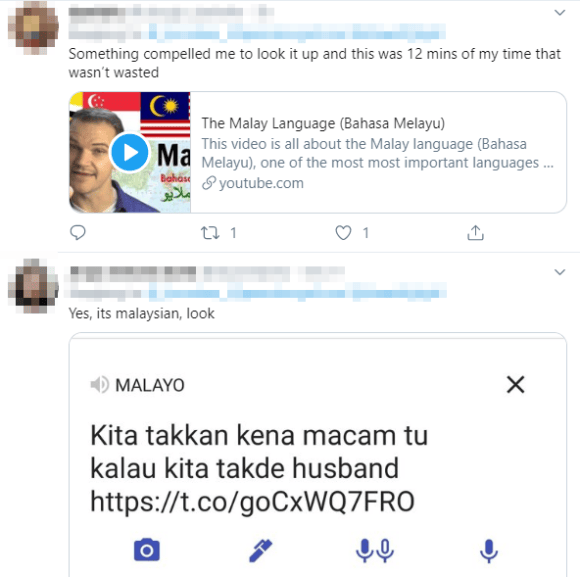 Well, we’re glad that the netizens have learnt the existence of language that’s widely used in Malaysia as well as other Southeast Asia countries, and hopefully, they will make the effort to learn more about the Malay language.

This is just really funny, don’t you think? Share your thoughts about this story in the comments below!

Also read: Watch: Americans Introduced to Manglish and They Think That It Is Cool 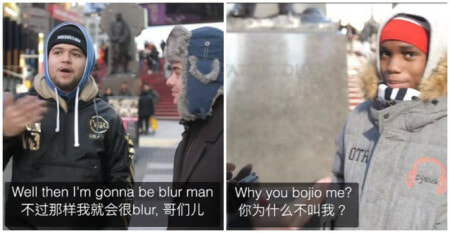