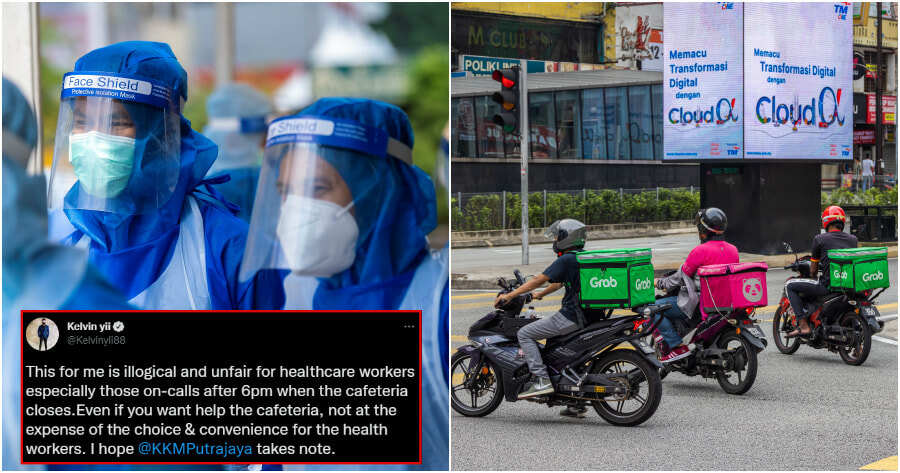 For our frontliners and healthcare workers, their busy schedules sometimes make it impossible for them to go and grab food nearby. Fortunately, food delivery services in Malaysia are plentiful and offer a wide variety of choices.

However, recently, a hospital in Selangor went viral after it had issued a circular which effectively banned all of their staff and patients from ordering food via food delivery platforms.

Following the backlash it received, the hospital have declared that they have since retracted the circular effective immediately. Circular banned the ordering of food via food delivery services

The circular was issued by the director of the hospital on August 9. 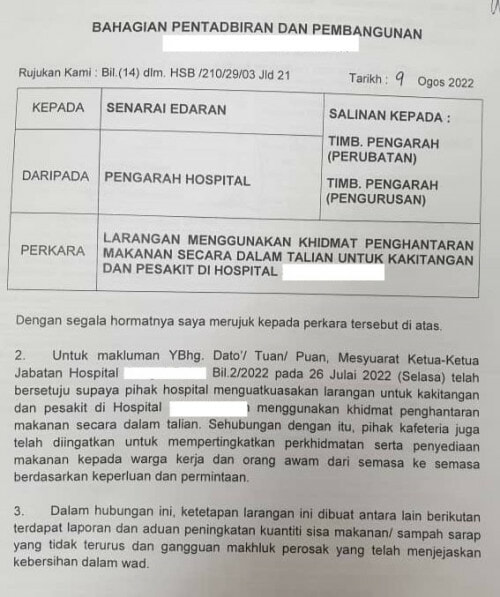 It read, “We have agreed to ban staff and patients from ordering from food delivery services. Following that, the cafeteria have stated that they will improve their food services for staff and members of the public.”

“The decision was made following multiple reports and complaints about the quantity of food waste and rubbish that is unmanageable and have caused pests to threaten the hygiene in wards.”

Backlash from the rakyat & MPs

The circular had garnered quite its share of criticism by members of the public before it was eventually retracted.

“KKM’s logic is to ban food delivery for staff and patients. Might as well ban eating so that there will be no waste produced,” wrote the ‘HartalDoktorKontrak’ Twitter page.

A former Covid patient expressed their disappointment over the circular and said that food delivery services was the reason how they got the hope to continue on fighting and surviving.

“After 20 days fighting Covid in the hospital. Almost lost hope like a prisoner. Even when I got the wrong order from KFC, I still felt relieved. Even Tealive hits differently when you’re warded,” they wrote.

Another user said that there’s no correlation between ordering food online and the mismanagement of food waste.

“People order because people want to eat and that is normal. The management of the hospital needs to improve their productivity to manage the building and its waste. I don’t understand. They don’t want to do work so then they ban people from eating,” said the netizen.

This was echoed by Bandar Kuching MP Kelvin Yii who said that it is, “illogical and unfair for healthcare workers especially those on-calls after 6pm when the cafeteria closes.”

“Even if you want to help the cafeteria, (it should) not (be) at the expense of the choice and convenience of the health workers. It’s the responsibility of the ministry to look after welfare and needs of their healthcare workers. (It is) not a private business at the hospital.”

“If it is a waste management issue, then address the capacity of the cleaning support staff, or have trash segregation bins all over to promote recycling… not a total ban,” he added.

Do you think that the hospital should improve their waste management services instead of banning the ordering of food?