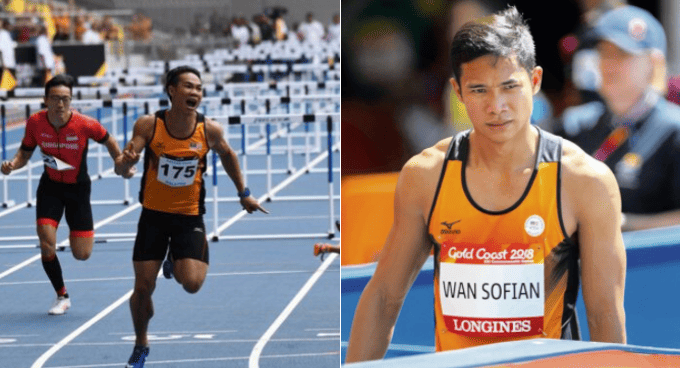 He is currently ranked second in Asia and has been contributing medals at every tournament, Rayzam Shah Wan Sofian was upset that his monthly training allowance was cut by the Majlis Sukan Negara (MSN) from RM2,000 to RM800. As reported by Utusan, he explained that with his status as a full-time national athlete that depends on allowances, it is very impossible to live on only RM800 a month.

According to the 110-meter hurdles gold medalists at the 2007 and 2017 SEA Games, before this, all gold, silver and bronze medalists would receive RM2,000, but now only gold medal winners get to enjoy an allowance of RM2,000, while silver and bronze are given RM800. He who won silver in the 2019 Philippine SEA Games and has served the country for the past 15 years hopes that the MSN can re-evaluate the allowance deduction more transparently because the amount is too drastic. He said,

“I hope MSN has the discretion to consider this allowance deduction because many athletes have managed to maintain their performance even without a gold medal. If it’s RM1,500, it’s okay, but if it has dropped to RM800, I also thought it might be better to have another job that gives a good salary, it’s better to work at McDonald’s.”

Rayzam, who lives in Sabah, undergoes full training there, compared to athletes who train full time at MSN, Bukit Jalil and they get free accommodation and meals on a scheduled basis. He also explained that he has a family to take care and with only RM800, it is hard to keep up with all the financial needs of his family. He hopes that MSN is more transparent and have discretion in assessing the performance of athletes. Rayzam had previously won a silver medal at the 2019 SEA Games in the Philippines and has been a national athlete since he was 19 years old.

In addition to dropping 144 athletes from the national training program because the budget received by MSN was reduced in the government’s efforts to give priority to the post-Covid-19 and flood disasters that hit several states, MSN also cut the allowances of those involved in the program.

Also read: M’sians Share Their Struggles With Finding a Job as “Power Of Networking” Controls Industries 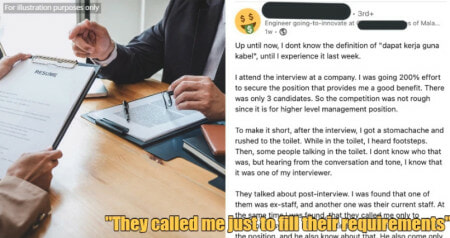