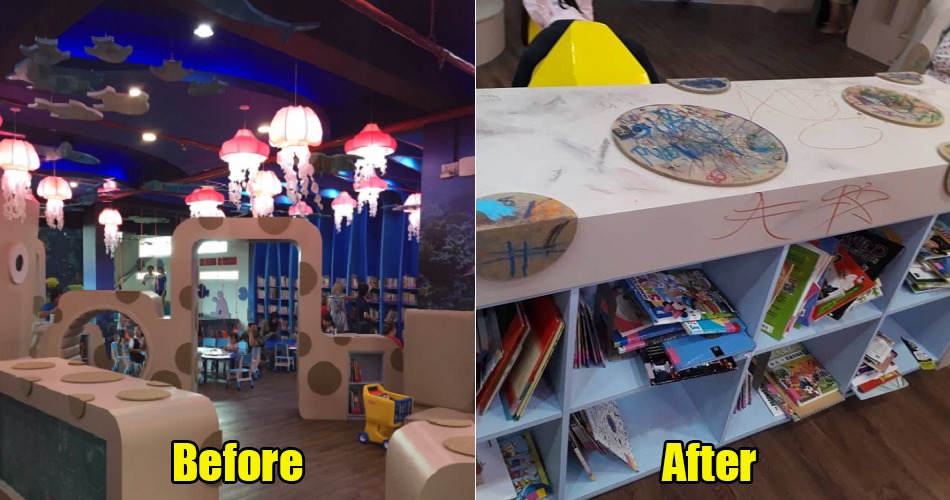 If you didn’t know, the new Sabah state library in Tanjung Aru was opened on 1 April 2019 and it is a very impressive library in terms of design. However, after less than a month of being opened, the library is already forced to close their kids’ section because it was vandalised very badly. Tsk, tsk.

The Malay Mail reported that this section was closed due to children’s drawings on the walls and sound absorption panels. Besides that, the shelves were also damaged by the people who used the space.

FYI, the library’s management took to Facebook to announce that they were closing their marine-themed children’s section until further notice. You can read the announcement below:

Speaking to Malay Mail, library director Wong Vui Yin shared that he is very disappointed and hurt over the issue. He described the issue as “most disrespectful and the result of inconsiderate parents”. Wong was quoted as saying,

“I was notified by my staff on Sunday afternoon that the children’s area was damaged. There were drawings everywhere, the books were lying on the ground being stepped on, the toilet seat was broken and the trash bins as well.”

Following that, pictures of the vandalised space were circulated on Facebook and netizens were not happy about it. They criticised parents who talked on their phones and ate in the reading area instead of supervising their kids.

FYI, their children were apparently running around screaming and tearing pages from books as the parents continued to ignore everything even when their kids were busy drawing on the walls. So irresponsible! 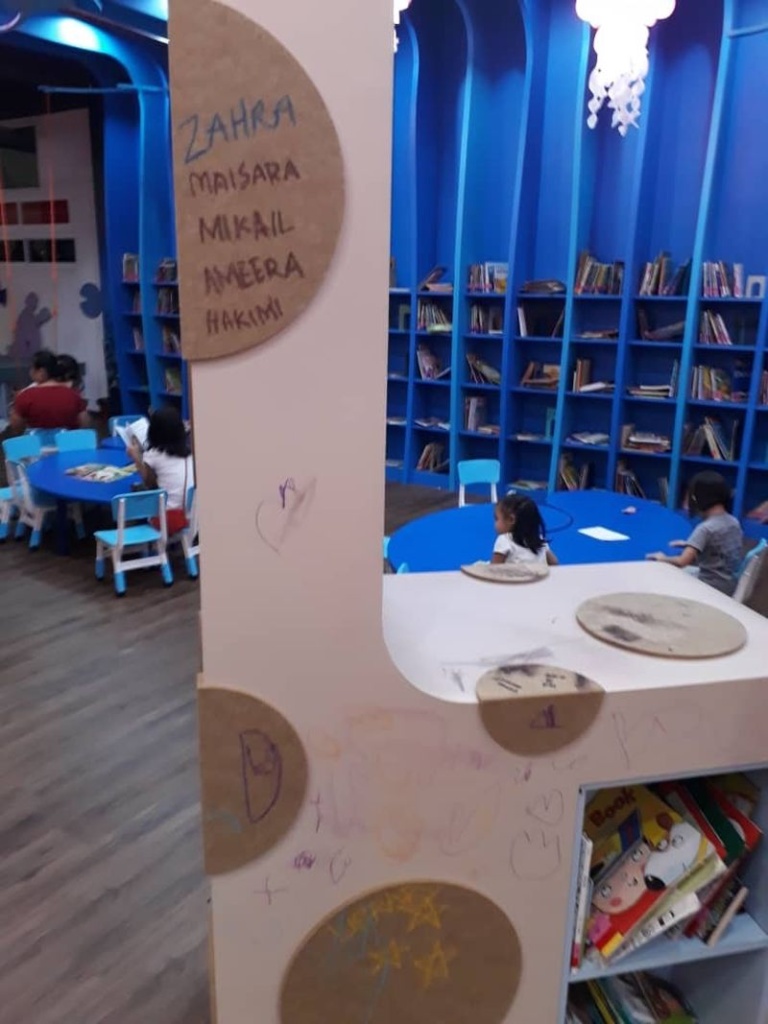 “This is the result of the lack of civic-mindedness of parents. They don’t know how to look after public property.”

“It makes me so sad to see such damage after all the work we put into making this library what it is.”

Wong then added that some of the drawings were clearly drawn by older children. On top of that, Wong shared that they can’t argue with customers because they were taught not to argue with them in the service department.

Even so, the library staff have approached several parents and children in efforts to curb the matter but it was all in vain as the parents did not cooperate. Some parents have even gone to the extent of putting the blame on the library staff for providing crayons and coloured pens, which are tools that can be used to vandalise the space. Wtf?

Nonetheless, Wong disagrees with the parents’ accusations as he stressed that they don’t have crayons. Instead, they have chalks because the children’s section has a big green board where people can doodle on it. 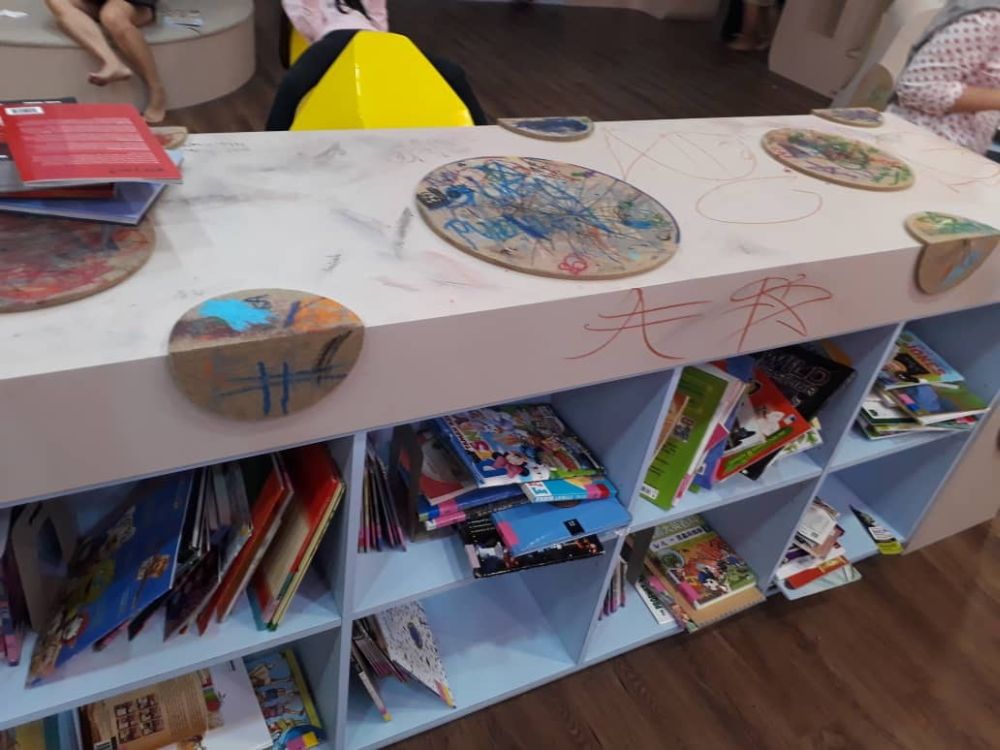 Therefore, to ensure that the library isn’t vandalised again, Wong said that they will implement several measures. Some of the measures which they are still assessing are mentioned below:

Having said that, Wong plans to clean “every trace of the graffiti” because he doesn’t want them feel satisfied by their “artwork” being visible. Nevertheless, Wong explained that there was one positive outcome from this unfortunate situation because stay-at-home mothers and other people showed support by volunteering their time to help at the library.

“They were sad that we had to close down the section today so they asked why, and when I explained, they were amazed and said they were willing to spend their time in helping wherever or whatever the library needs.”

“So we will open up an online registrar in which volunteers can offer to do storytelling, monitoring children, handicraft or whatever we need.”

As the saying goes, every cloud has a silver lining.

Even though they have yet to announce their official reopening date, Wong said that they are more likely reopen the children’s section on Thursday (11 April 2019).

Well, we only hope that they will get to finish cleaning the children’s section on time and reopen as quickly as possible. As for us, let’s be a little more considerate towards public property and treat them with care. 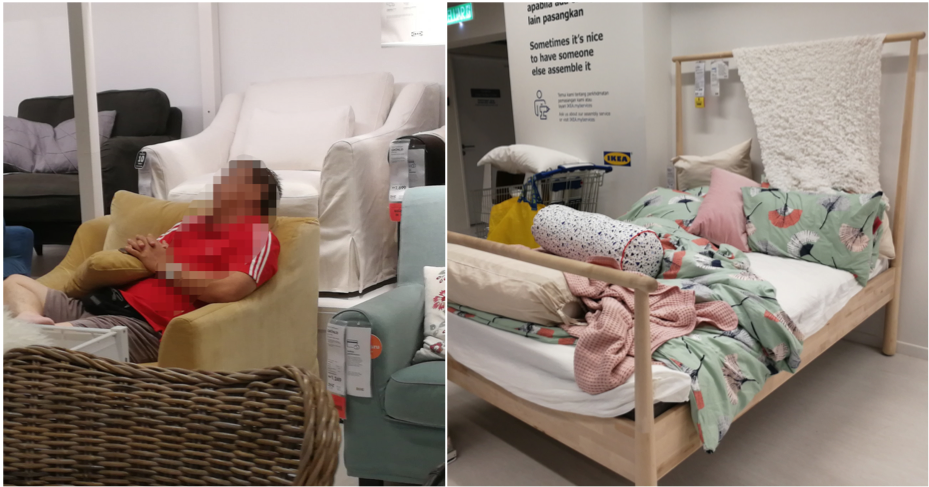