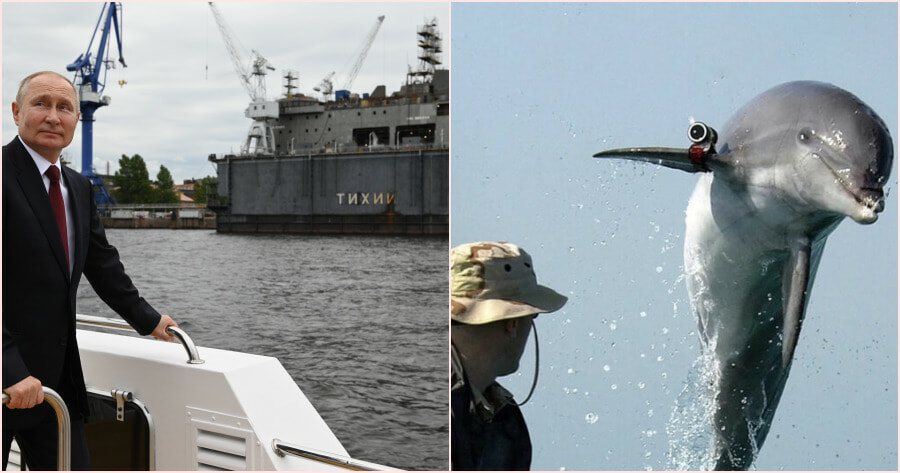 Currently, Russia’s invasion on Ukraine appears to have no end in sight with as more shelling have been reported in various parts of the nation.

However, it seems that Russia has gone through extra lengths to ensure that Ukraine does not retaliate. It was recently reported that the country has deployed trained military dolphins at its naval base in the Black Sea to protect its fleet from an underwater attack. 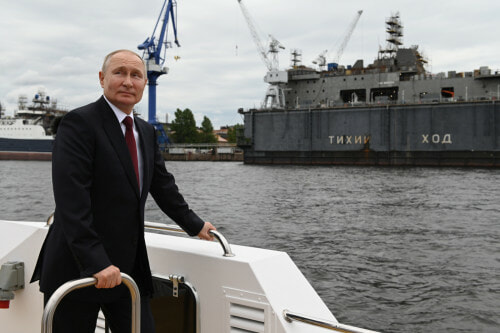 In a report by USNI News, this comes after the US Naval Institute (USNI) reviewed satellite imagery of the naval base at Sevastopol harbor, and concluded that two dolphin pens were moved to the base in February at the start of their invasion of Ukraine.

The Sevastopol naval base is crucial for the Russian military and is the nation’s most significant naval base in the Black Sea.

According to the USNI’s analysis, many of the Russian ships anchored there, while out of range from missiles, are potentially vulnerable to undersea attacks. The dolphins may be tasked with counter-diver operations which will prevent Ukrainian special operations forces from infiltrating the harbor underwater to sabotage warships. 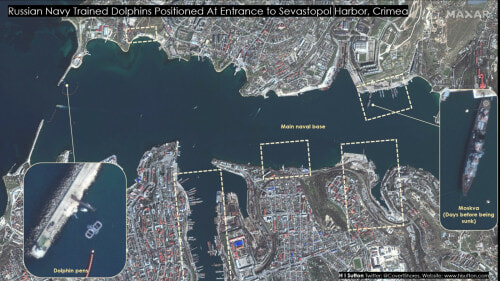 According to The Guardian, during the cold war, both the US and the Soviet Union developed the use of dolphins whose echolocation capabilities can allow them to detect underwater objects such as mines.

Russia has had a history of training dolphins for military purposes, mainly by using the aquatic mammal to retrieve objects or deter enemy divers.

Meanwhile, the US has spent at least US$28m (RM121m) maintaining its own troops of dolphins and sea lions which are also trainable to potentially help with conflicts. 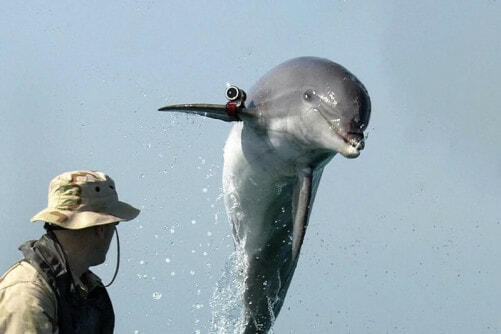 Satellite imagery from 2018 revealed Russia also used dolphins at its naval base in Tartus, Syria during the Syrian war.

However, dolphins are not the only ocean creatures that the Russian military may have trained. Back in 2019, a beluga whale was spotted off the coast of Norway which was also believed to be trained by the Russian navy.

Fishermen reported that the beluga whale was wearing strange harnesses, which may have held cameras, harassing their boats, and pulling on straps and ropes from the side of boats. 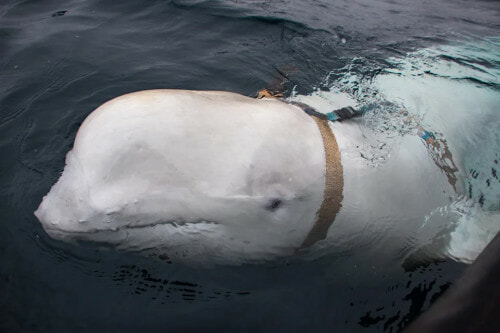 Also read: “This is what we’re going through” – Ukrainian Man & Family Suffering From Ongoing War Share Their Story 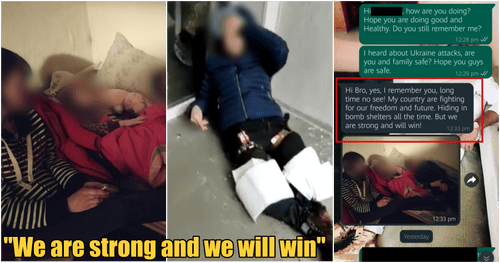