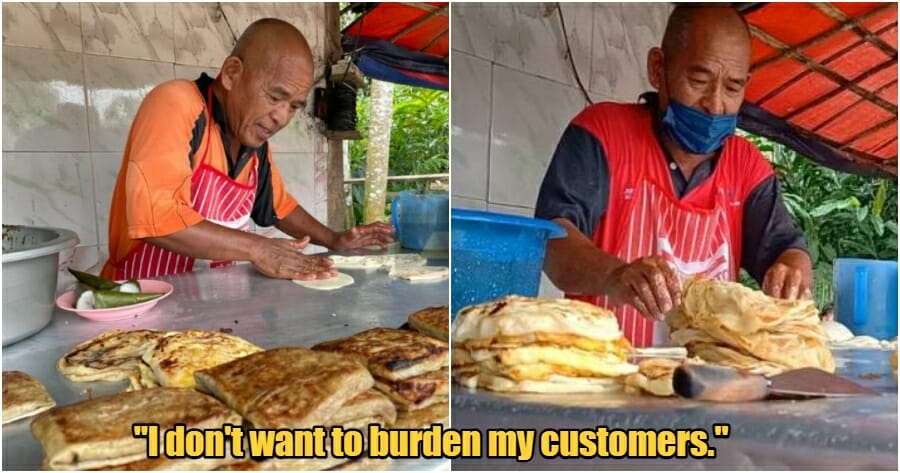 The constant surge of prices in goods has expectedly prompted most business operators to increase the prices of their items, including in restaurants. Nowadays, we can barely (and it’s almost impossible to) spot Roti Canai that costs less than RM1.

However, there are still some “good samaritans” out there who maintain their prices despite inflation. For instance, this Roti Canai vendor in Pasir Puteh, Kelantan has been selling Roti Canai at 50 cents per piece for 32 years straight, and he has no plans to increase the price anytime soon. He has a simple yet heartwarming reason for that.

“I don’t want to burden my customers.” 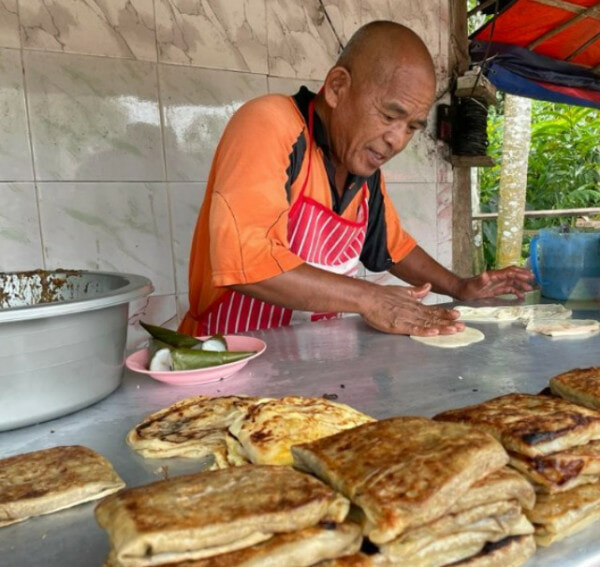 The 64-year-old vendor, Md Kamil Abdullah added that the hike in prices of raw materials is not a justifiable excuse to blindly mark up the price of his food, despite the challenges he has to face as a business operator.

Regardless, Kosmo reported that his burden is somehow eased a little as most of the raw materials that Kamil uses are still being subsidised by the government.

But, what about profit?

Kamil admitted that while he is not making any profits from maintaining the same price for 32 years, he said that he still manages to sell between 800 to 1,000 pieces of Roti Canai in a day. Being helped by his four sons has definitely eased the burden a lot. 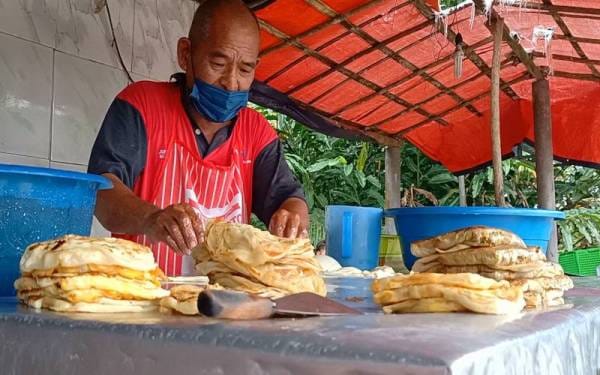 Kamil also assured the people that despite the maintained price, the quality of his Roti Canai will also be consistent. Not only that but Kamil is also selling Martabak at only RM3 a piece.

“I do get a lot of orders online as my two frying pans are always full,” he added.

As a token of appreciation, Kamal will maintain the price of 50 cents per Roti Canai for as long as he can.

50 cents for a piece of Roti Canai? That is truly a rare occasion nowadays. Fellow Kelantanese, have you ever visited Kamal’s Roti Canai stall which is situated near the Jeram Pasu Waterfall? 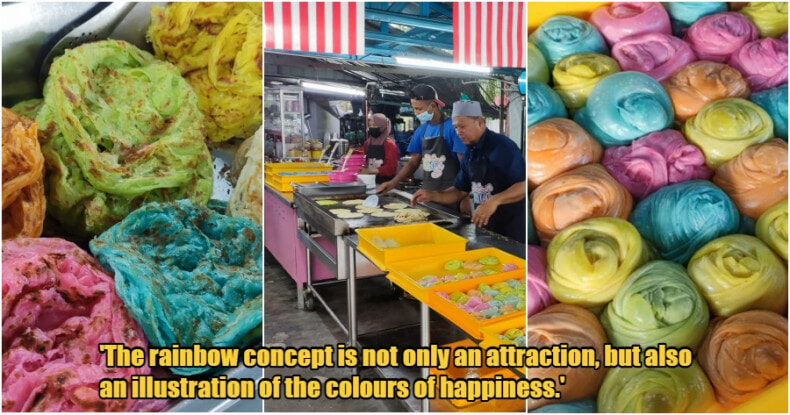