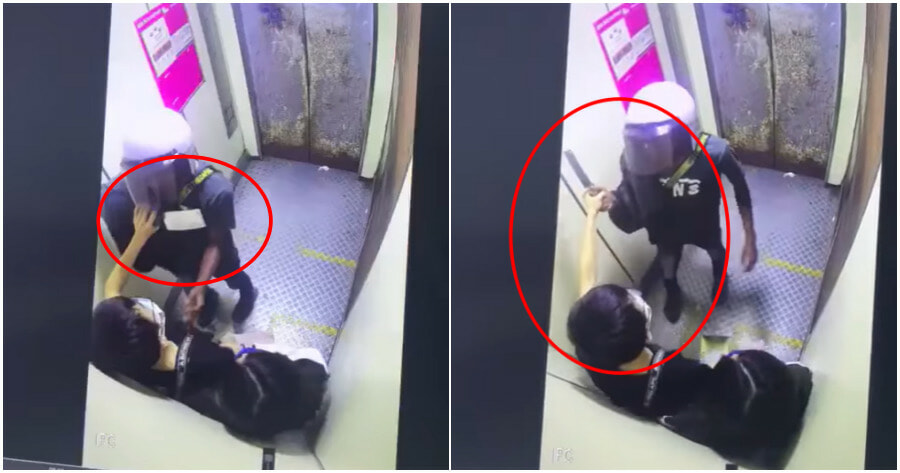 We often hear stories of people getting robbed, their houses broken into or being approached by scammers.

Then, we get reminded of the need to take safety precautions, such as making sure that we do not go to sketchy places alone and steering clear of areas that are not well-lit.

But there is only so much we can do. Most of the time, when something wrong happens, we are so paralysed by fear that there is nothing we can do.

For instance, a couple was recently threatened with a knife by a robber in an enclosed space.

In the incident that took place in a run-down lift, the robber took his chance when he saw that it was just the 3 of them in the lift – which consisted of the couple (a man and a woman) and himself.

As the couple was minding their business, the robber, leaning on the lift’s doors, steadily drew the Chinese cleaver from his side and positioned it in front of the victim’s neck. 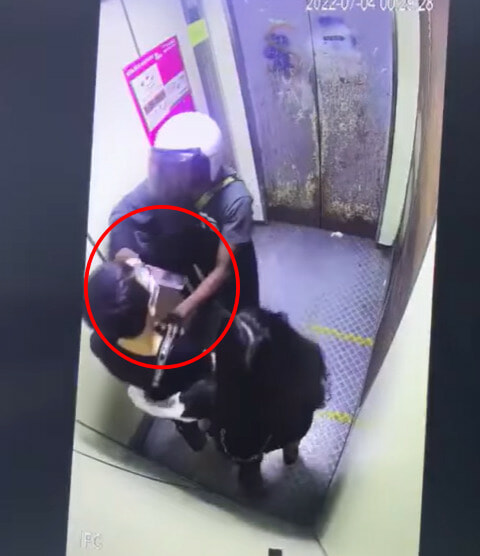 As his reflexes kicked in, the victim immediately tried to fend off the robber by reaching for his hand holding the cleaver. 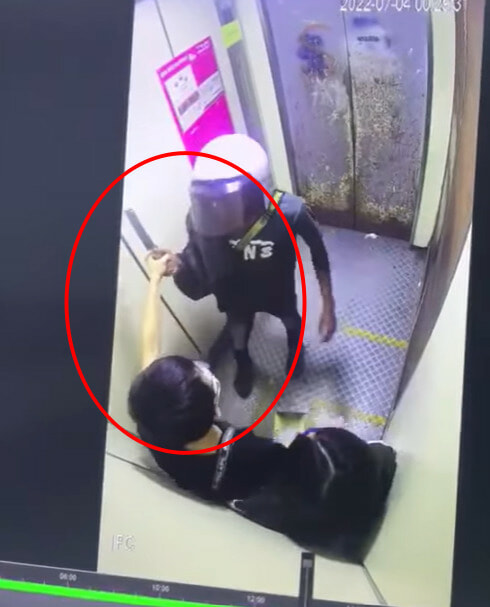 After struggling for about 10 seconds, the robber managed to break free from his victim’s hold.

It was a tense few seconds as it was unclear whether or not the robber would simply swing the cleaver down and hurt the couple. 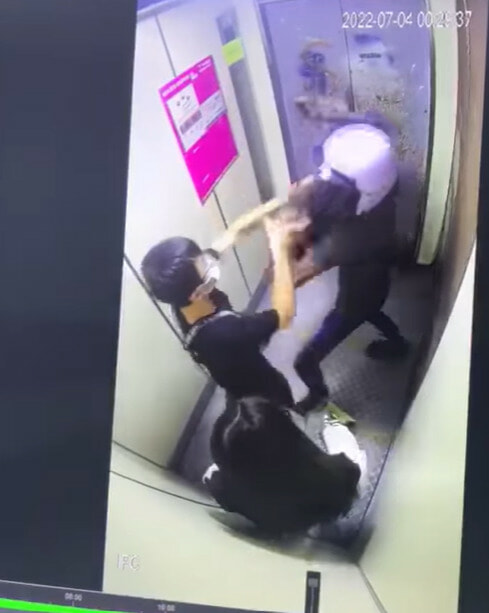 Eventually, the robber snatched the victim’s handphone from his hand, pointed at him in some sort of warning, and then left as the lift’s doors opened.

Throughout the ordeal, the robber did not interact with the woman as she appeared to be too shocked to do anything.

The couple also appeared unharmed as they picked up their belongings and waited for the lift doors to open again on their floor. 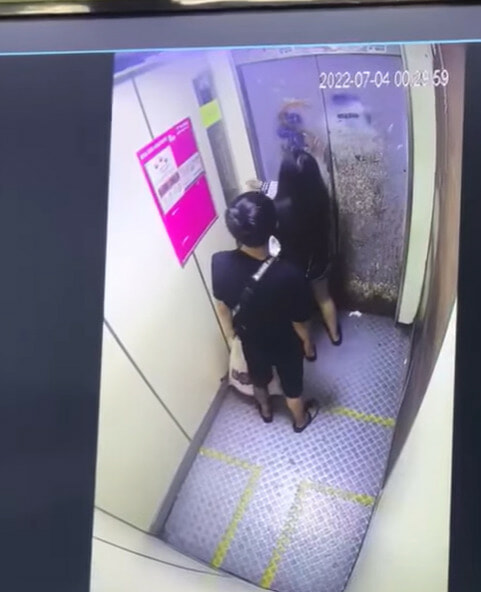 Reminded by the harsh reality of this world, netizens in the comment section shared pointers on what can be done to avoid being in these situations.

A few were curious about the robber’s identity as he was wearing a motorcycle helmet with a black visor.

“How smart of him to wear a helmet so that he would not be able to be identified.”

Whereas most questioned why the couple did not fight back.

“Two against one. It’s possible, don’t panic. Let this guy have a taste of his own medicine.”

“Why didn’t you just punch him in his visor? Let the broken visor pieces enter his eye and blind him. The CCTV footage can be used as evidence in court. You can claim self-defence.”

As of the time of writing, there are no other details regarding the incident.

That whole ordeal must have been so traumatic for the couple. We hope they are ok!

Also read: M’sian Got His Phone Snatched At PJ Traffic Light After Rolling Down His Window, PDRM Arrests Suspect 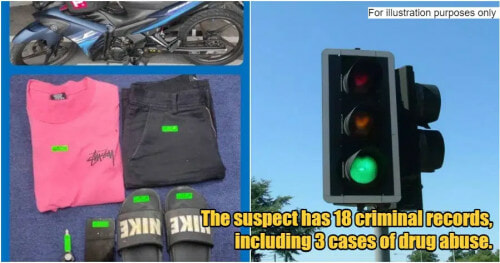