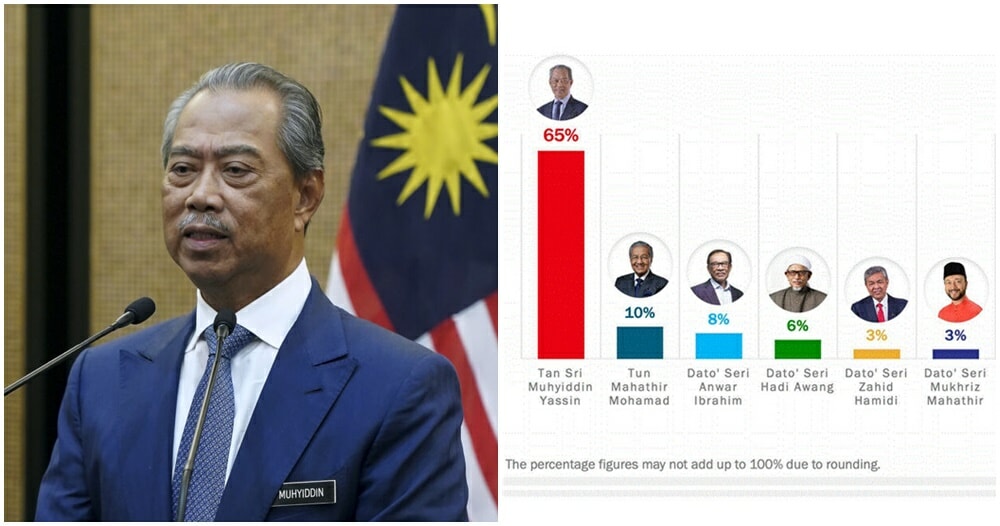 Tan Sri Muhyiddin Yassin is the Prime Minister of choice and receives the highest support from Malaysians according to a report from Emir Research. 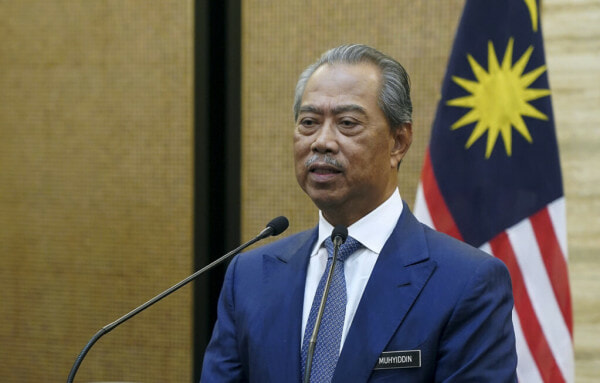 According to the poll, it has been shown that 65 per cent of Malaysians across the states except in Penang chose Tan Sri Muhyiddin Yassin.

The distribution of votes for the independent candidate with the largest percentage was focused within Wilayah Persekutuan. It can be said that the 73 per cent of the female group of respondents and 68 per cent from the urban area showed stronger support for Tan Sri Muhyiddin Yassin.

Based on EMIR Research, the only possible explanation for the highest minority support for Muhyiddin would probably be due to the unanimous yearning for government stability. On the report, the discussant across the FGDs has reiterated on numerous occasions that government stability is the most crucial at these trying times. 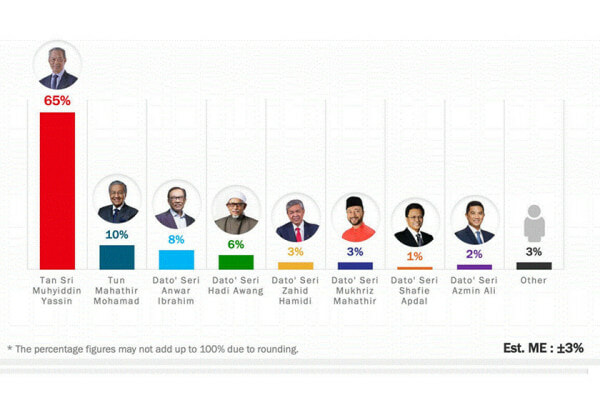 As one of the discussants sums it up:

Meanwhile, Tun Dr Mahathir Mohamad received 10 per cent of the greatest support and Datuk Seri Anwar Ibrahim was only rated by eight per cent from the respondents.

The findings in the report were part of the data collected for the research house’s GSI that aims to access public satisfaction towards the imperative government. 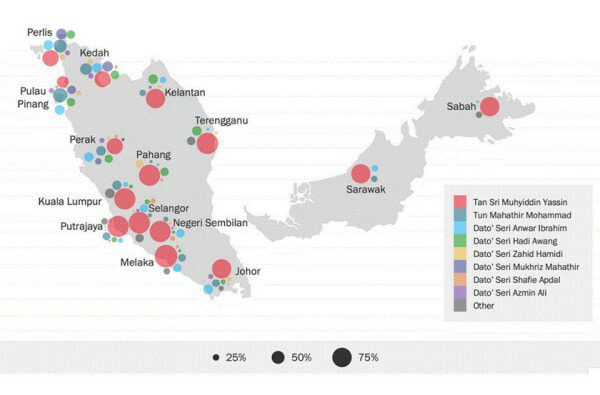 Distribution of support for the candidates across the states.

The report also said it is believed that highly educated are reliably associated with the positive support for Tan Sri Muhyiddin Yassin.

On the report, it also said that in ensuring the understanding of what ordinary Malaysians want, need, aspire and expect in the context of change is evidence-based and data-driven, the research process that has been conducted was scientific and empirical, rigorous, objective, verifiable, unbiased and realistic.

EMIR Research covers the National Worry Index (NWI), the Government Satisfaction Index (GSI) that includes the respondent’s political choice and the Voter’s Worry Satisfaction Valence Model. The purpose of this research is to validate, verify and confirm the findings of the Focus Group Discussion. This is done to ensure the survey questions are reflective or representative of the perspectives and concerns of the people. 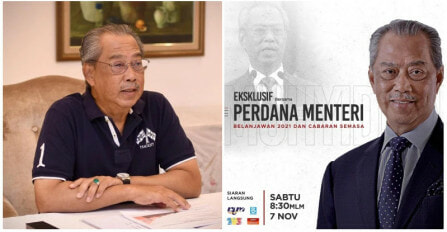