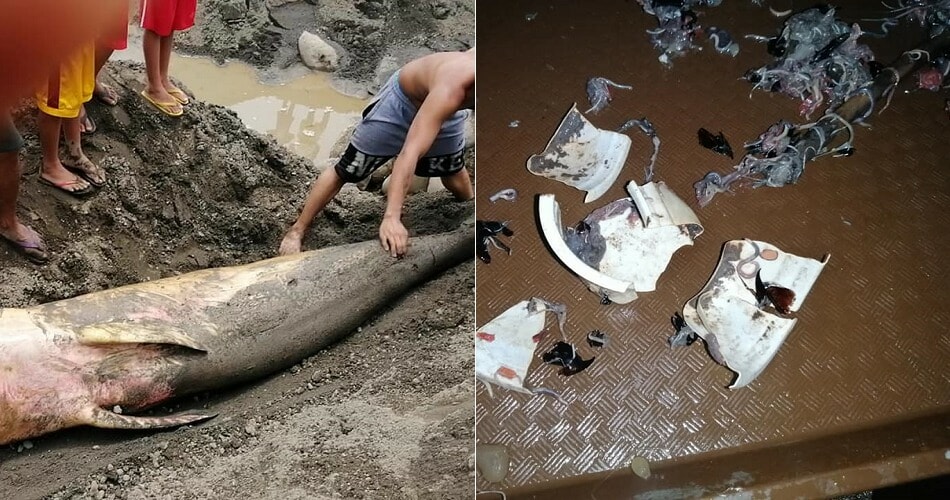 This is why it’s important to keep our ocean clear of plastic substances.

A rare pygmy sperm whale (scientifically known as Kogia breviceps) was found dead on a beach with plastic inside its belly, wrote Ananova.

This poor whale was found dead on a beach in the village of Matina Aplaya, Philippines, and photos of the animal were posted on social media by a marine biologist, Darrell Blatchley. Darrell said that the sperm whale died because “a plastic cup was blocking its intestine along with a nylon rope”.

The 200 kg whale was dehydrated and emaciated (skinny) when it was found. The marine biologist wrote on a FB post that the pygmy sperm whale’s stomach and intestines were found to be empty.

Darrell elaborated that throwing rubbish into the sea is a serious problem in the Philippines, and not only that but a study by Greenpeace in 2017 listed the country as the world’s third-largest plastic waste contributor to the sea.

Having said that, finding a pygmy sperm whale dead due to pollution highlights a hazard to its population and our ecosystem. This is because these whales are rarely seen in the sea and the existing knowledge about this specific species isn’t extensive.

In addition to that, the total population of pygmy sperm whales is unknown, but they are normally seen in “tropical and temperate waters of the Pacific, Atlantic and Indian Oceans”. An analysis of the whale’s stomach contents found that these species feeds mainly on cephalopods like squid and octopus. 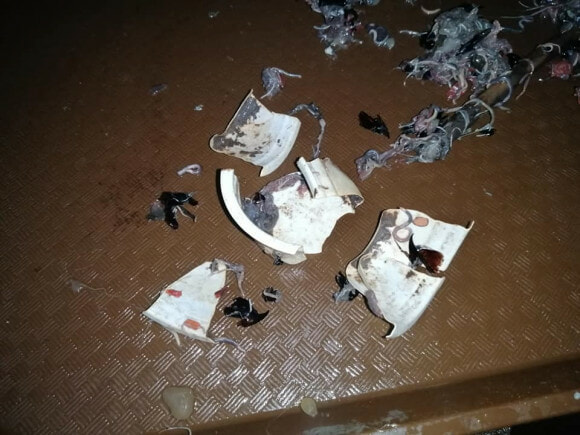 This is a serious problem and immediate action should be taken to ensure that we don’t lose our beloved sea creatures due to pollution. We should band together in efforts to eliminate plastic as it’s dangerous to our environment. To simply put it, please dispose of your rubbish properly.

FYI, this isn’t the first time Darrell has found a whale washed up on shore with plastic in its belly! Back in March, he found a beaked whale dead on a Philippines beach with 40kg of plastic waste in its stomach. Click the link below for more information about the discovery.

Also read: 40kg of Plastic Waste Found in Stomach of Whale That Died From Starvation 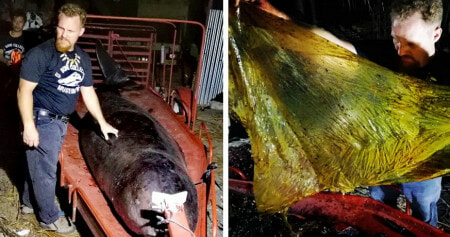