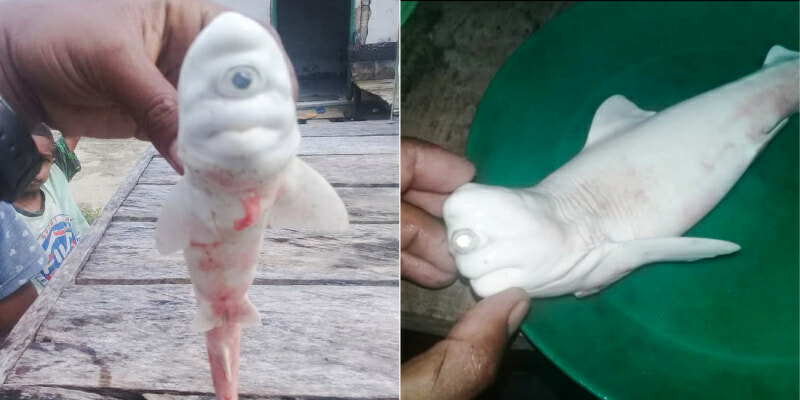 The world is full of rare gems of oddity that we hardly come by, but every once in a while, we get the chance to have a glimpse of the abnormalities our planet has to offer.

For instance, fishermen off the coast of Indonesia found a rare albino baby shark with one eye after cutting open a dead adult shark that had been caught in their nets.

As according to the Mirror, the adult shark had died after it got trapped in the fishermens’ nets while they were sailing through the Maluka province. They found the rare baby shark when they cleaned the adult shark and cut open it’s stomach to remove its intestines. 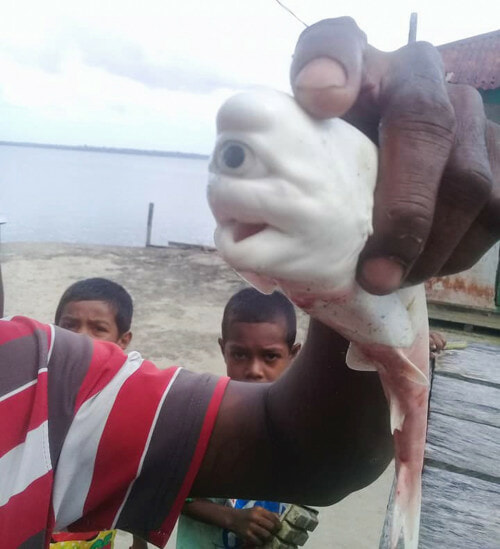 The baby shark has one eye in the middle of its head and its whole body is a milky white colour.

“We found three babies inside its stomach, but one of them looked strange, with only one eye. Its colour was strange too, like milk,” said one of the fishermen. 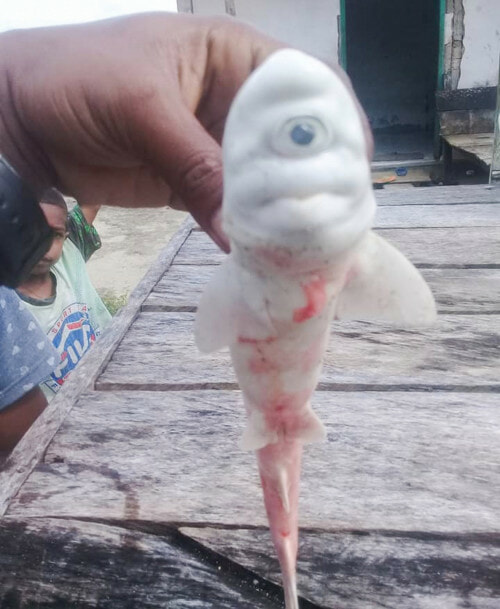 Not only does the baby have Albinism, which forces creatures to produce low amounts of melanin, but also Cyclopia, a birth defect that causes the embryo to form only one eye instead of the normal two. 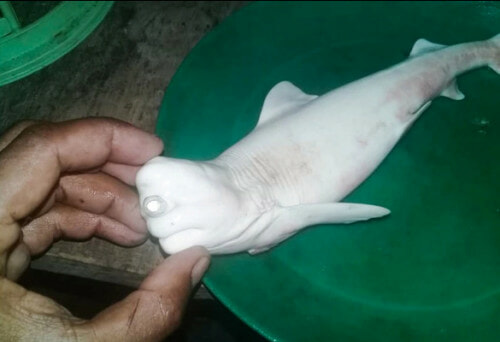 The fishermen has since reported the incident to the local marine office before handing over the rare baby shark, that was apparently dead when they found it.

And weirdly enough, this isn’t the first time a one-eyed albino shark has turned up. As according to The Sun, a one-eyed albino baby shark was cut from a pregnant bull shark off the coast of Mexico back in 2011.

Also read: Meet Kevin, The Lucky One-Eyed Cyclops Puppy Named After a Minion From Despicable Me 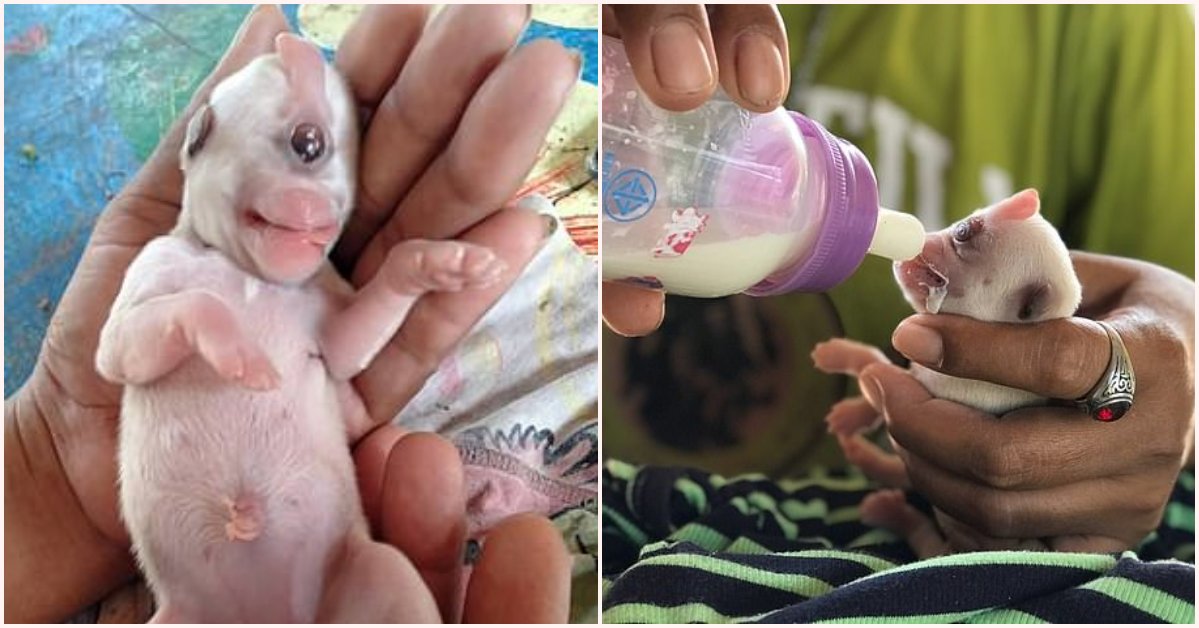