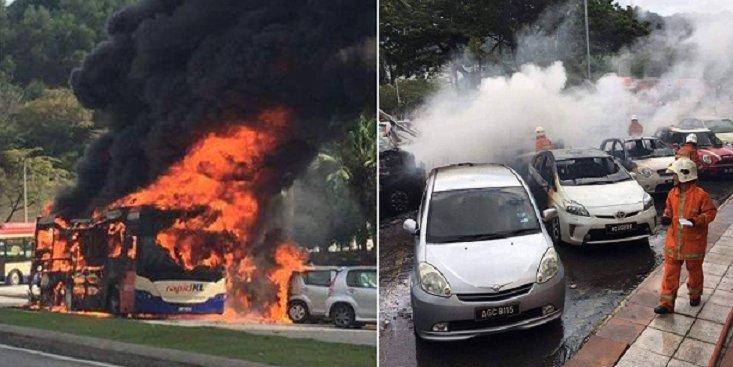 A series of images were just posted online depicting a Rapid KL Bus being engulfed in flames and the aftermath that follow.

The burning vehicle has caused worry among Malaysians, with the pictures showing bright orange flames taking over the bus while thick black smoke rose up to the air. 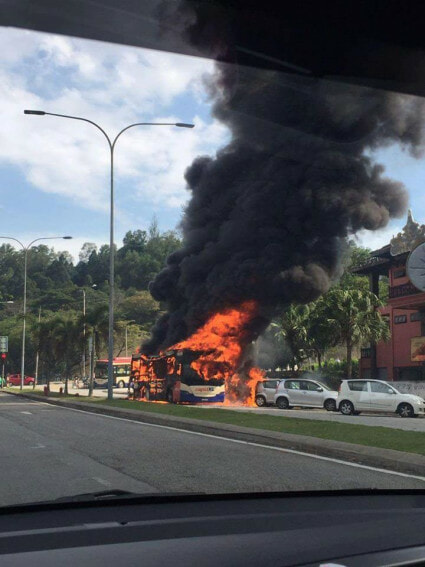 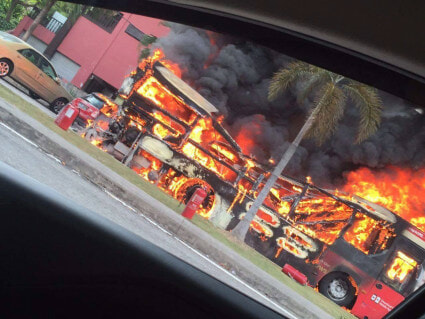 The incident was said to happen right outside AEON Big, Wangsa Maju.

Unfortunately, cars parked beside the faulty bus was also tragically involved as the back of these vehicles were burnt. Sorry car owners!

Firemen were dispatched to the scene where they successfully put out the huge flames, leaving only an empty charred bus shell behind. 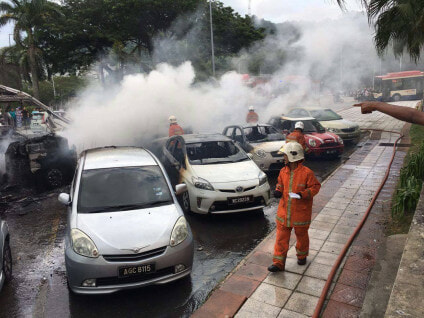 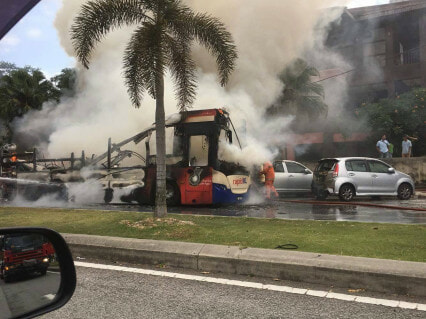 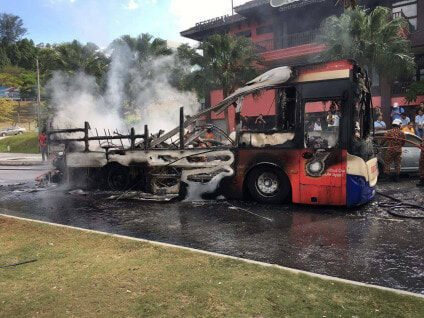 A witness at the scene said he managed to speak to one of the passengers and apparently throughout the journey, the bus was having problems.

“The driver went down to check, then he continued with the journey. When we reached infront of AEON Big, the bus engine suddenly died, and smoke start coming out of the bus’ engines.

“The driver immediately instructed everyone to get out and we did. After everyone was out, about 15 minutes, the bus exploded. So alhamdullah.. There wasn’t any lives taken.” 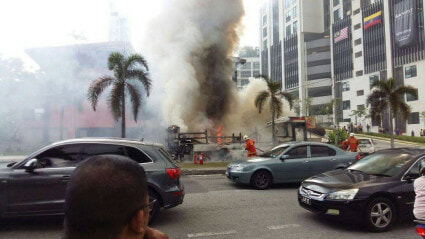 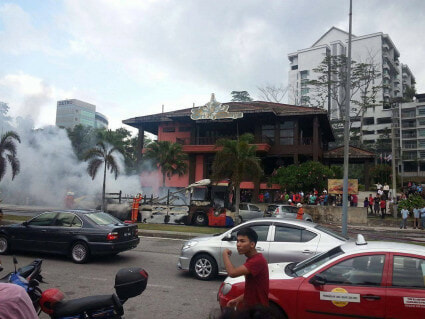 Footage also showed that no one was near the burning vehicle. The vehicle was burning for a couple minutes before it exploded due to the fire spreading to the petrol tank.

So far, no reports are released on the cause of the explosion yet.