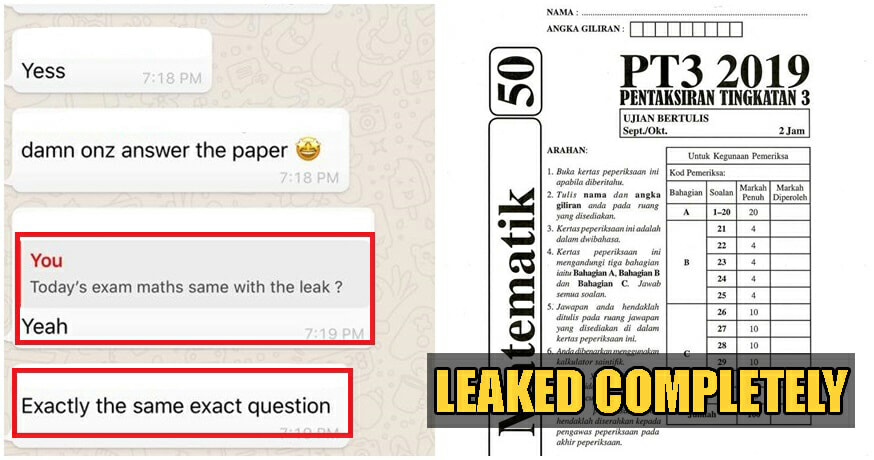 As Form 3 students prepare to take their PT3 (Pentaksiran Tingkatan 3), it’s no surprise to see them rushing to cram for their studies ahead of the exam schedule. After all, you gotta make most out of the time you have to make sure you get the grades you want. Takes us back to PMR days…

For those who are lucky enough to join some tuition classes, some tutors may even go as far as to try and speculate what may be released in the exam papers with kertas ramalan (forecast papers). But some of these copies of kertas ramalan might just be a little too good given how accurate they are!

In a story published by Sin Chew Daily and The Star, the mathematics, English and geography papers for this year’s PT3 examinations were apparently leaked in their entirety by a number of tutors via social media. Woah, how even!?

Yup, the papers were allegedly leaked over social media by some unscrupulous individuals, which one student said was completely identical to the actual mathematics paper in her PT3 exam. That’s cheating!

According to the student, who wishes to remain anonymous, she joined a chat group on Telegram where the papers were posted.

She said: “I asked them to send me the link to the group chat and when I joined the group, I saw that the question papers posted there were exactly the same as the ones I sat for – 100% the same!”

Naturally, the student expressed her frustrations with the leaks, as she had genuinely made an effort to study hard to obtain the results that she wanted for her exam. She also lamented that with the new revisions made to the PT3 exams, it’s now tougher to score more marks.

Members of The Star newspaper who joined the Telegram group anonymously said that there were over 2,782 members in the group, and the group was moderated by an admin who went by the name Sang Anti Bot.

Understandably, this development puts the integrity of these government-held examinations at risk, as well as the results obtained by the students. The National Union of the Teaching Profession (NUTP) has urged the government to conduct a thorough investigation into the leaks, with its secretary-general Harry Tan saying that:

“Such claims cause unnecessary panic and stress on teachers, students and ministry officials. It shames the nation.”

This follows after a recent fake statement was released over social media, saying that the English PT3 papers will be rescheduled after a purported leak of the papers happened. The exams went on as scheduled. 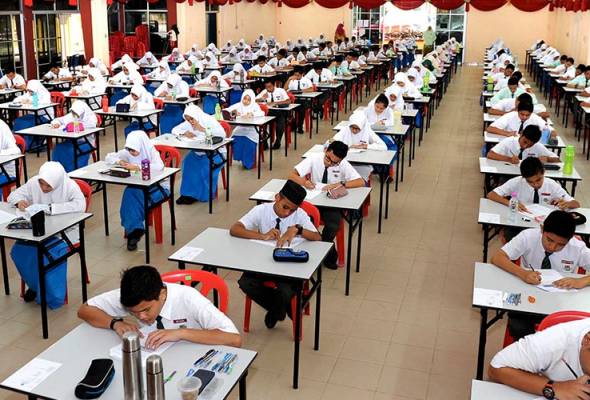 Over 450,000 students will be sitting for the PT3 examinations this year. Those with information about the examination leaks may submit their complaints to the Examinations Syndicate at [email protected]

While it may seem like an advantage to have these papers on hand, we want to remind all our young readers that studying hard for your education is what helps you learn. Don’t cheat! 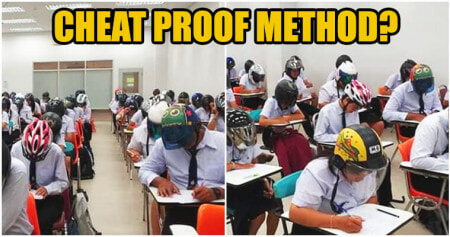 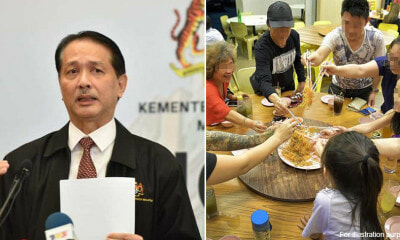 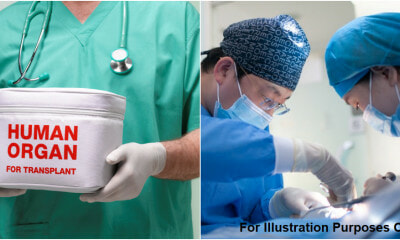 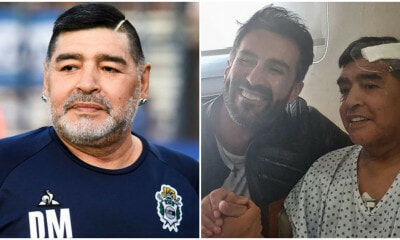