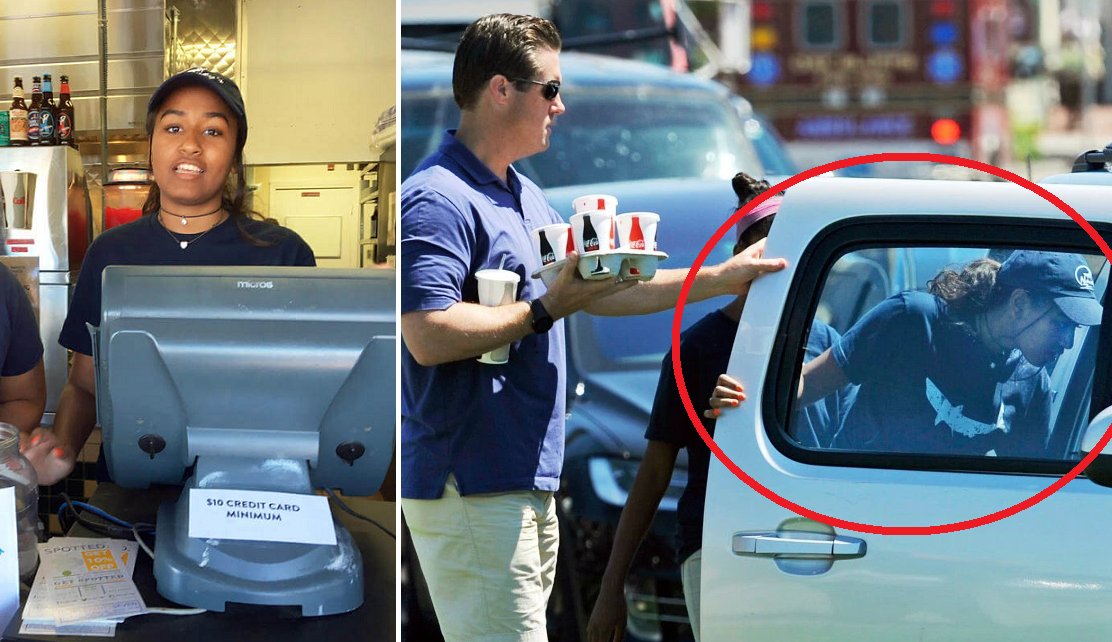 Sasha Obama, daughter of President Barack Obama, has ventured beyond the confines of the White House and immersed herself in reality this summer when she was spotted serving the takeout window at Nancy’s, a seafood restaurant on Martha’s Vineyard.

The town has always been a favourite stomping ground of the Obamas during the summer holidays, so Sasha did what most teens would do – work a part-time temp job at their favourite restaurant!

According to the Boston Herald, she tried to keep a low profile by using her full name Natasha. Sadly, her entourage of six secret service agents accompanying her full-time gave it away. It’s kind of hard to miss if you see full grown men in armed suits shadowing a teenage girl!

“She’s been working downstairs at takeout,” said a server at the restaurant.

“We were wondering why there were six people helping this girl, but then we found out who it was.”

Donning the restaurant’s blue T-shirt and cap, her duties were apparently confined to waiting on tables and helping prepare the restaurant’s lunchtime opening. At the end of her shift, she was seen bringing her security entourage some food before she climbed aboard a blacked out SUV. 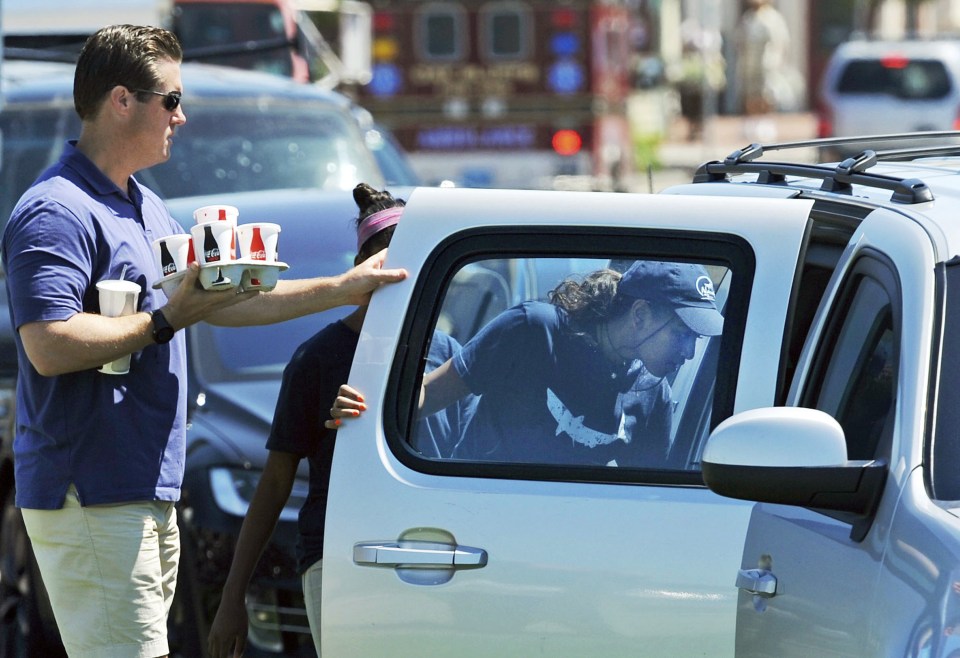 People who learnt about Sasha working at the restaurant were ecstatic about it, knowing that she’s somewhat taking a step to experience what’s it’s like to earn money with your own sweat.

Some even joked that they should definitely order take out just to catch a glimpse of the President’s daughter in the flesh.

Well, that’s some humble lessons learnt from none other than legendary parents Barack and Michelle Obama!