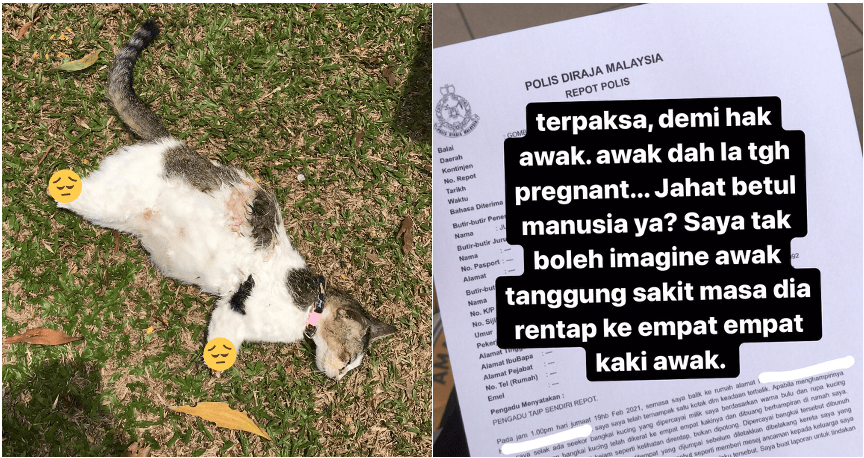 Warning: There are some appalling graphic images of animal abuse within this article. Viewer discretion is advised.

It seems like we are getting news about animal cruelty much more often these days. What drives inhumane individuals to do such a thing is still a mystery but whatever it is, the culprits need to be punished. Our furry friends are not just another animal. To some, they are considered family members.

Recently a Twitter user by the name of Salina shared that her beloved pet cat was found dead with all its legs chopped off. To make it worse, the poor kitty was actually pregnant and clearly has a collar on it. This means the culprit who did this know the cat belongs to someone and still committed the heinous act. Salina tweeted, which roughly translates to,

“Usually, I see others have to go through it but today my own cat became a victim. What did she do wrong? How could you chopped off all her legs? I have made a police report. What else should I do next? I want to fight for her.”

Salina explained that she was on her way to the office when she got the call that her pregnant cat has died. The body was left in a box so that her family can discover it. She had to suffer being killed and all her legs being dismembered.

Like we had mentioned earlier, Salina has made a police report and she had also explained that she also made a report to the local veterinary authorities for further action. Hopefully, the psycho who did this will be brought to justice or karma will come back and bite him or her. 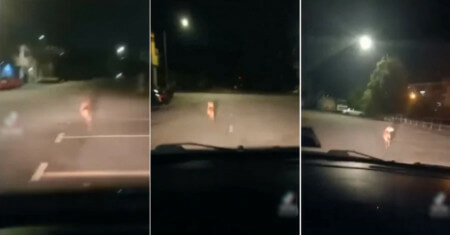