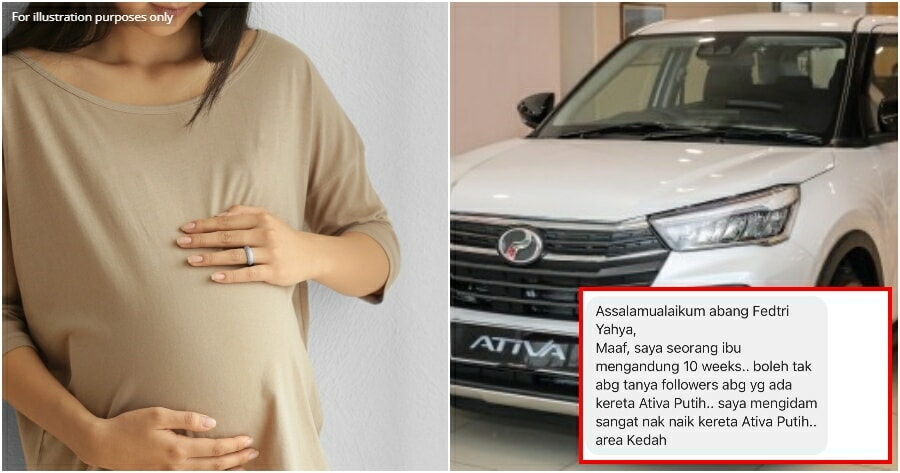 Mothers are indeed the strongest people ever! So we should do our best to always support and protect them.

Have you ever asked your mother if she had any weird cravings when she was pregnant with you? In some cases, the pregnancy cravings can be really bizarre.

A tweet recently went viral for featuring a cute but bizarre pregnancy request by a lady who was 10 weeks pregnant! 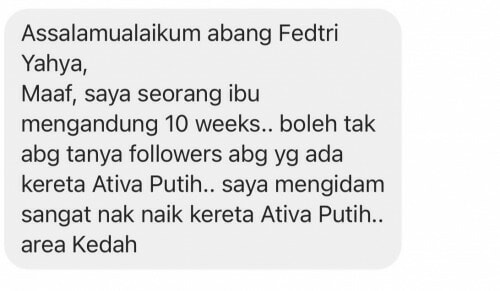 Television personality, Fedtri Yahya recently posted a screenshot of a conversation he had with a pregnant woman on Twitter.

“Can you ask your followers if any of them have a white Ativa… I’m craving to ride the car so much.”

The woman asked for help from Fedtri by asking if he can ask his followers if they have a white Ativa car and that her craving was so bad.

She also revealed that she lives in Kedah and was in search for a kind soul to help to fulfill her cravings.

Her cravings were fulfilled!

In an update, the woman revealed to Fedtri that she managed to ride the white Ativa that she had been craving for.

She texted Fedtri and thanked him for spreading the message.

She said that on 22 January, her craving was satisfied when a Twitter user had let her borrow their car after seeing Fedtri’s post.

Netizens are left at awe

The tweet went viral and currently stands on 1,281 retweets and 3,216 likes in just matter of a few hours. Netizens loved how cute the pregnant woman’s craving was!

“Pregnant mother craving to ride a white Ativa. So cute!”

One Twitter user even mentioned how the baby might grow up to be a Perodua engineer since the mother was craving to ride an Ativa. 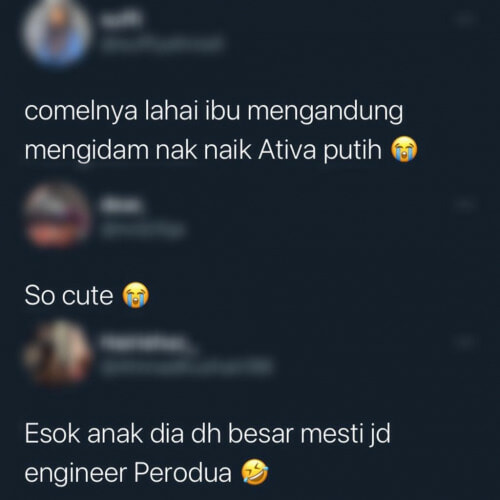 “A Watsons promoter was craving to slap me and I guess she wanted the baby to look like me so… Guess who got slapped at the cashier?”

A Twitter user shared that they saw this one story where a pregnant woman’s craving was to eat a tire!

“They went to the workshop. Thank god the tauke was nice and understanding. He told all his staff to go out and left the pregnant lady bite on the tyres till she’s satisfied. Weird but true,” said the user. 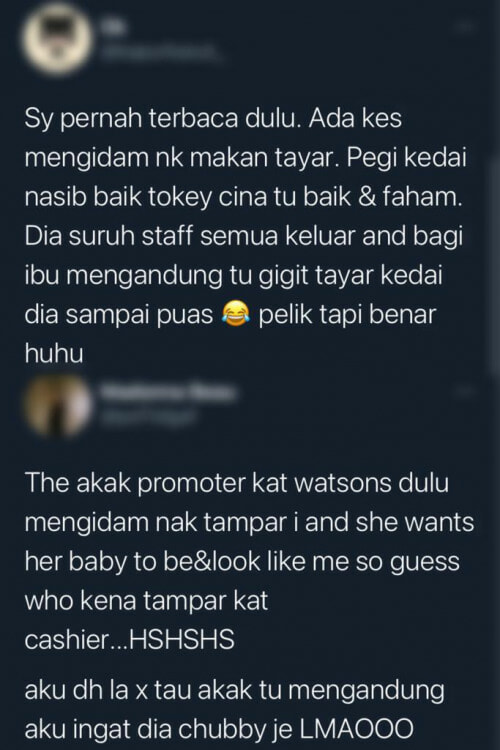 “This pregnant mother’s craving was to ride a school bus. The husband sent her to a bus stop and waited in front of a school until she arrived back.” 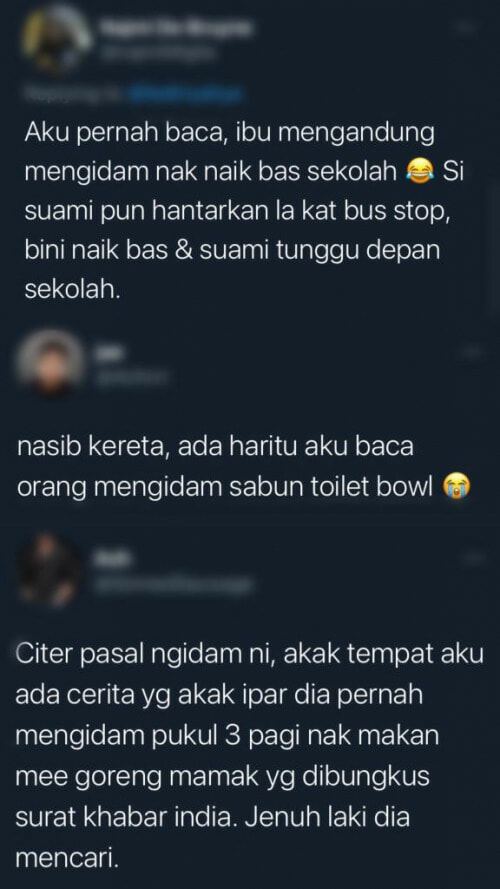 Kudos to the kind Twitter user who helped the pregnant mother fulfill her craving. You did great!

Have you heard of any other bizarre pregnancy craving? Let us know in the comments.

Also read: Orang Asli Woman Gives Birth to Twins on a Boat in a Lake in Perak On The Way to Hospital 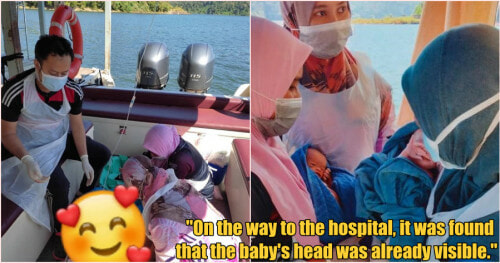