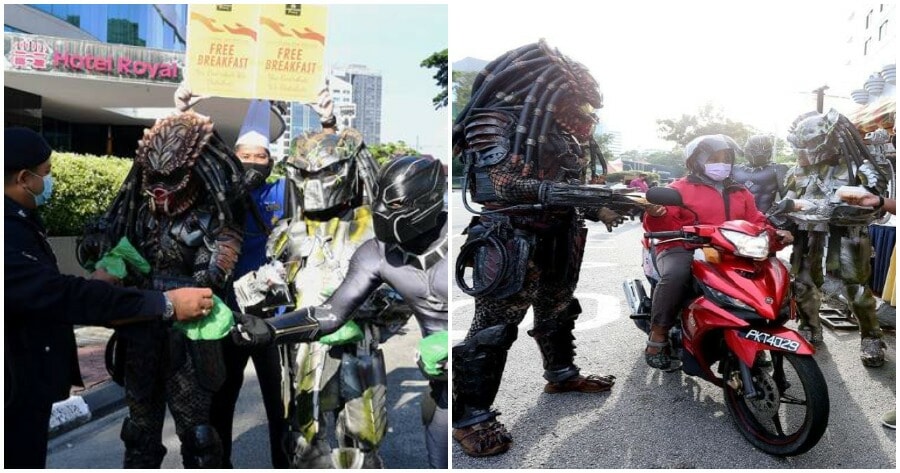 This certainly put a smile on our faces.

Three men who wanted to give back to their community in style decided to dress up as the movie characters, ‘Predator’ and ‘Black Panther’ while offering free breakfast to road users passing by the Royal Penang Hotel on Jalan Larut. 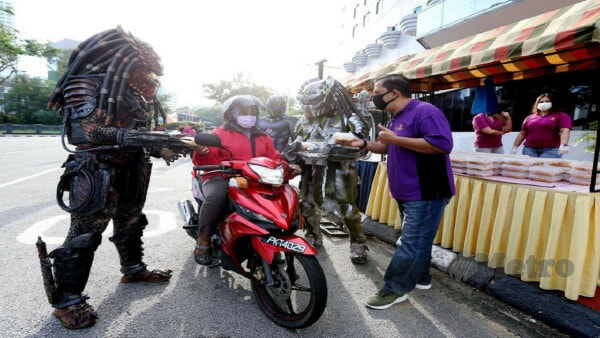 The three superheroes, Mohd Nor Hisham Awang Nong, 48, Mohd Wan Hafizi Wan Zakaria, 40 and Azhar A. Rahman, 64 told Harian Metro that they wanted to provide free food packages to those in need while trying to encourage the public during this tough time.

The group of men who call themselves the “Pulau Pinang Superheroes” teamed up with the management of the Royal Hotel Penang, lead by General Manager Amran Taib, to distribute 400 packets of nasi lemak, 150 packets of bihun, and 200 packets of tea and coffee to be delivered to the public for free, reported by BERNAMA. 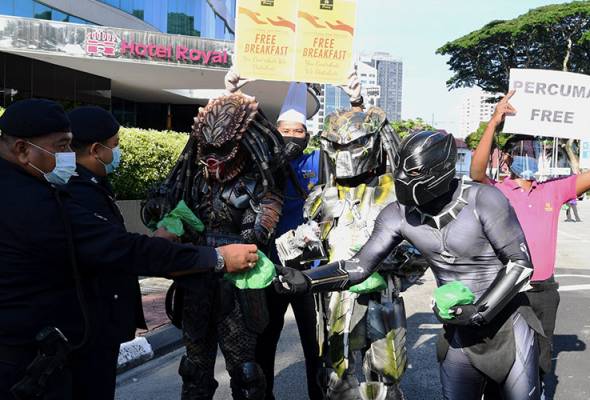 Mohd Ali Mohd Sharif, 55, who was passing by on his motorcycle with his son initially thought there was a street festival due to their costumes.

“After being told to stop, it appears that there were superheroes who were giving out free breakfast. Thank you for taking the initiative to assist those affected by the Covid-19 pandemic,” he said when approached by BERNAMA.

Mohd Nor Hisham, who was dressed as one of the ‘Predators’, stated that the initiative was aimed at helping the community. “Indeed, we are all struggling, but with a small contribution like this, it is hoped that this could encourage people to be optimistic about our situation,” he added.

According to Harian Metro, the everyday heroes also welcome public donations to be given to the less fortunate, and anyone interested may contact the hotel management at (016-41884749).

Also Read: Paralysed Teen’s Wheelchair Gets Stolen, Finally Given A New One After His Parents Plead For A Year 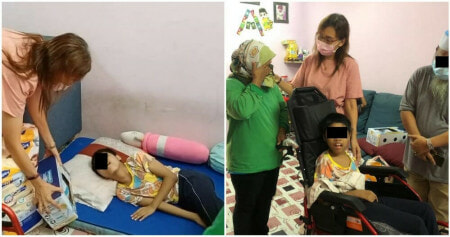