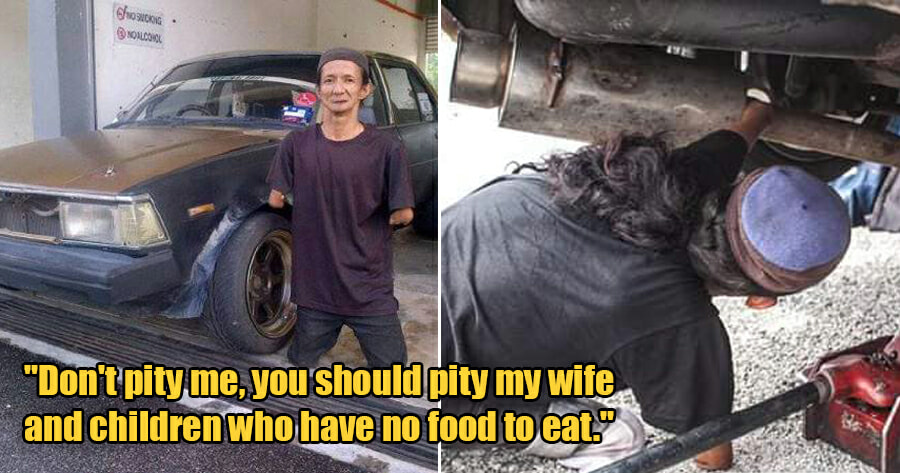 A mechanic from Malacca, who goes by the name Pak Busu, gained the attention of the public when he posted on Facebook about how difficult it is to support his family. This is because Pak Busu is disabled with no arms and no legs.

However, he does not want to win the sympathy of others, he just wants to be able to put food on the table for his wife and two children, reported Sin Chew Daily. 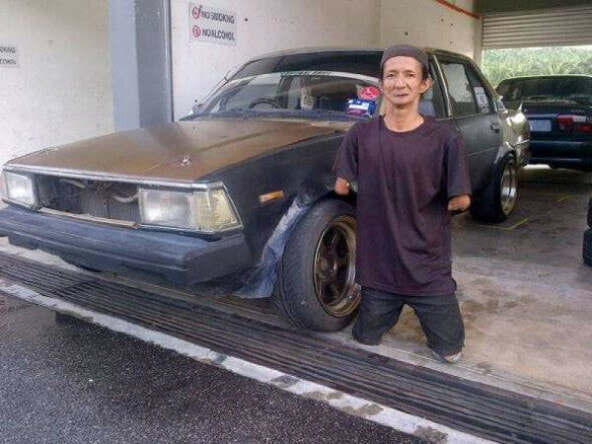 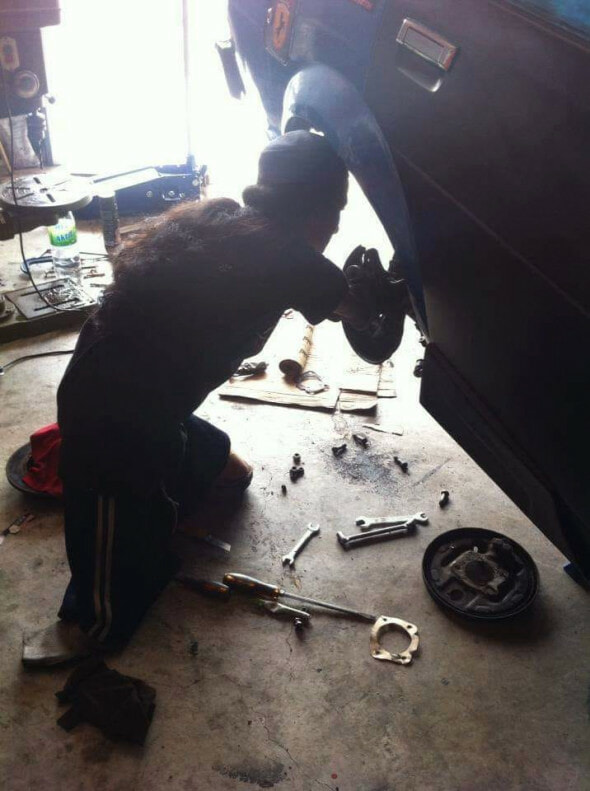 He shared that he is worried he cannot support his family as he only has very little customers.

“People don’t want to send their cars to my garage for repair because they pity me,” he said.

“Don’t pity me, you should pity my wife and children who have no food to eat.”

“I have the responsibility to work, to make a living for my wife and children. I have to give my children pocket money for school, pay for water, electricity, rent and so on.” 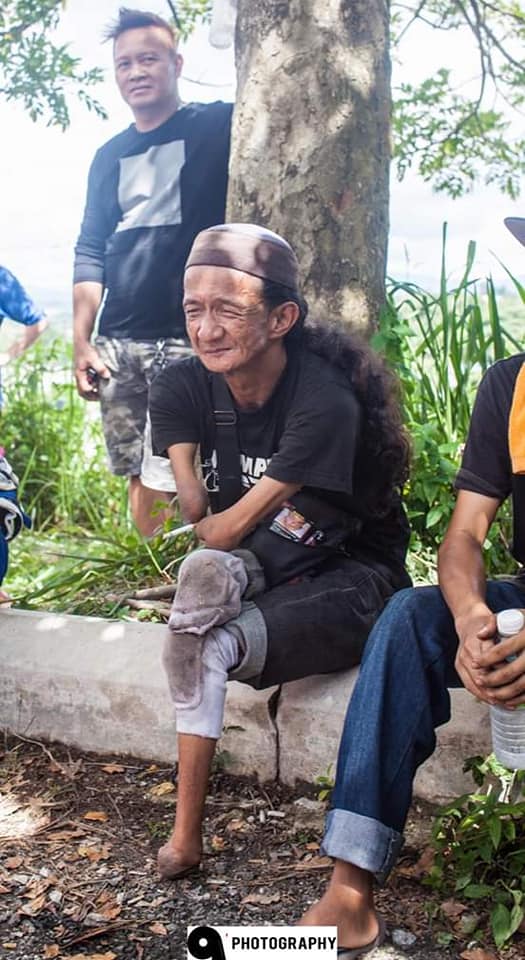 He then ends the post by urging the public to send their damaged cars to his workshop in Jalan Batu Hampar, called IM Auto Garage, so that he is able to feed his children and continue living.

His post soon went viral, gaining about 5,500 shares and 7,300 likes with many netizens praising him for his fighting spirit.

“Despite his shortcomings, he is still responsible. Let’s help him together,” a netizen said. 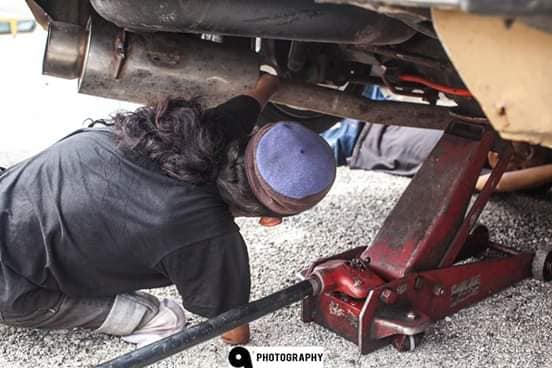 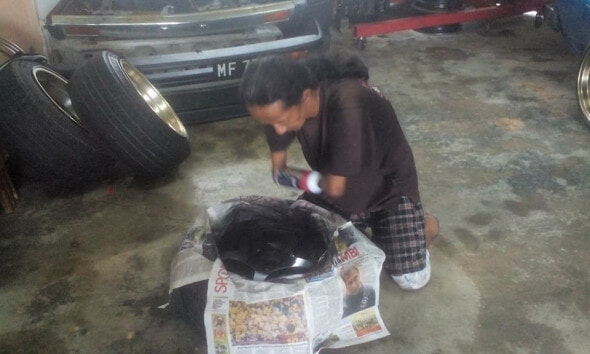 Another reminded Pak Busu that he should be protected by insurance as he is doing high-risk work, but Pak Busu said that he is incapable of paying for it on time every month.

In his latest post, Pak Busu thanked netizens who showed their support in the comments. But he also hopes that netizens will not misinterpret his intentions which might cause misunderstanding and criticism.

Well, if you’re in the area, drop by Pak Busu’s workshop and show some support! You don’t even have to get your car fixed to show some kindness to Pak Busu. You can also call him at 012 2195235.

Also read: This Disabled Perak Woman Was So Determined, She Learnt to Drive Without Arms 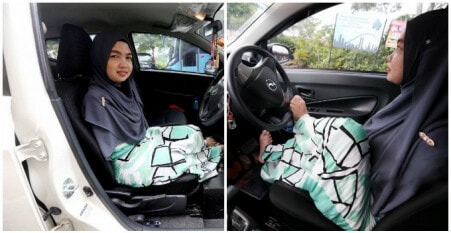