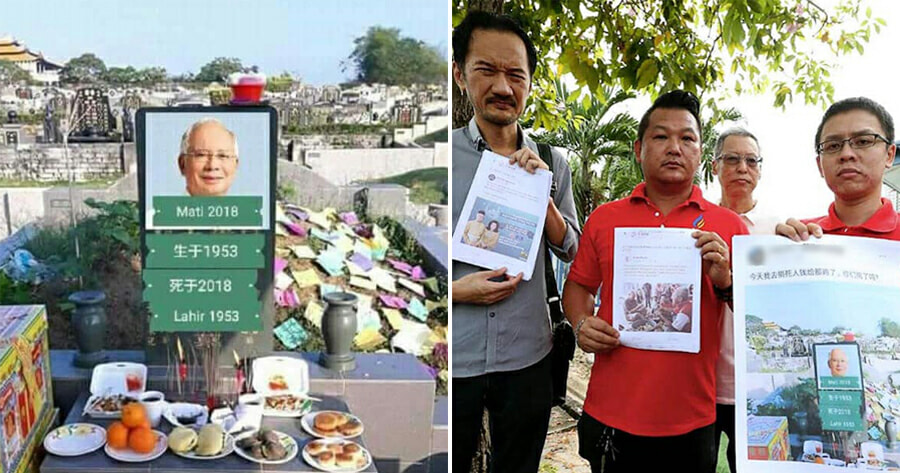 Recent news has put former prime minister Datuk Seri Najib Tun Razak in a bad light, especially after he was arrested a few weeks ago. Malaysians have been making fun of him and calling him names, but this particular person has gone overboard.

Teoh said that below Najib’s photo were the words, “I’ve donated to his pek kim, have you?”, which were written in Chinese.

“Pek kim”, which literally means “white gold” in Hokkien, is a euphemism for the monetary contribution given to the family of someone who has died to help with funeral costs. Teoh added that the photo implied that Najib is dead, which is equivalent to cursing him to die soon. So mean!

“We feel that this is unacceptable as placing a person’s photo on a tombstone is taboo for the ethnic Chinese especially with the mention of ‘pek kim’,” he said.

He added that this is considered a cyberbullying act, which is something that should not be practised by Malaysians.

“We want people to stop such cyberbullying, not only against the former prime minister but against anyone as such bullying can lead to unwanted repercussions,” he told reporters after lodging the police report at the Northeast district police headquarters here. 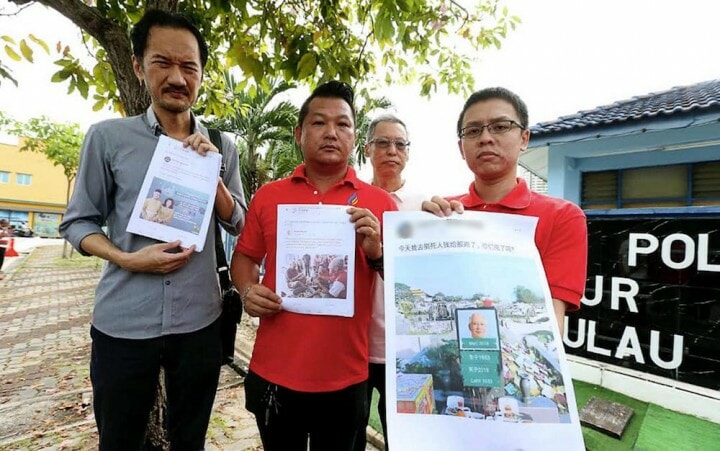 Teoh had identified the person who posted the picture and gave the name to the police.

“This is not the first time this person had tried to spread hatred on social media as he had put up other similar posts against Najib,” he said.

The person even tried to get the public to beat up Najib if they see him. Violence is not cool!

“It is a very unhealthy culture to cyber bully someone and to instigate violence against another person,” Teoh said.

The Northeast district police chief Assistant Commissioner Anuar Omar confirmed receiving the report and said it is now under investigations.

We’re free to have our own opinions but this is certainly going overboard! Let us know what you think of this tombstone prank in the comments!

Also read: Najib Claims These 3 Top Govt Officials are ‘Not Qualified’ to Handle the 1MDB Case 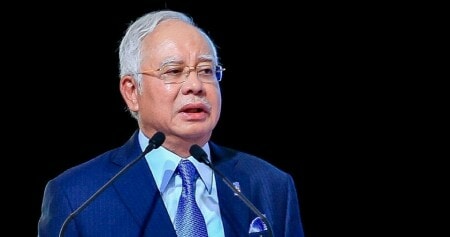