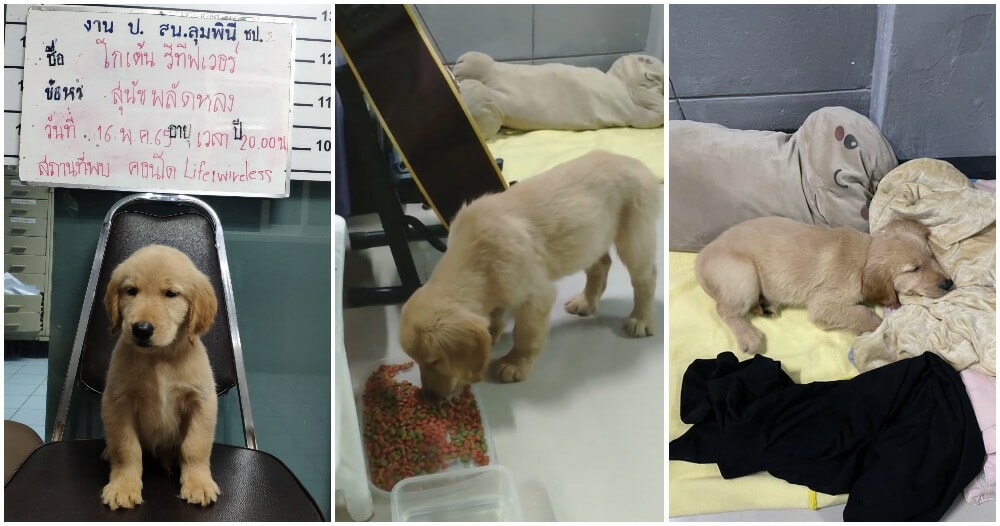 This is a case for the animal FBI!

On 16 May, the Lumphini Police in Bangkok posted a peculiar post on their Facebook page that has stolen the hearts of many.

It is about a criminal (?) doggo that they caught for ‘being lost’. The post features what the doggo got up to while in the police station and its mugshots. 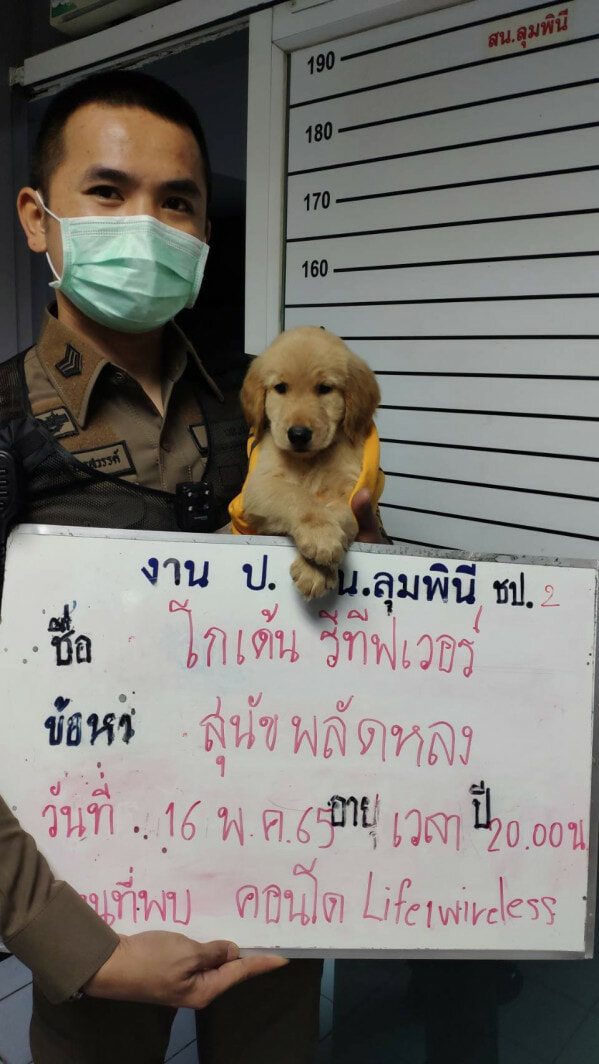 According to the post, the police were alerted to the puppy on the evening of 16 May as it was wandering aimlessly near a condominium along Wireless Road, Lumphini, Bangkok. 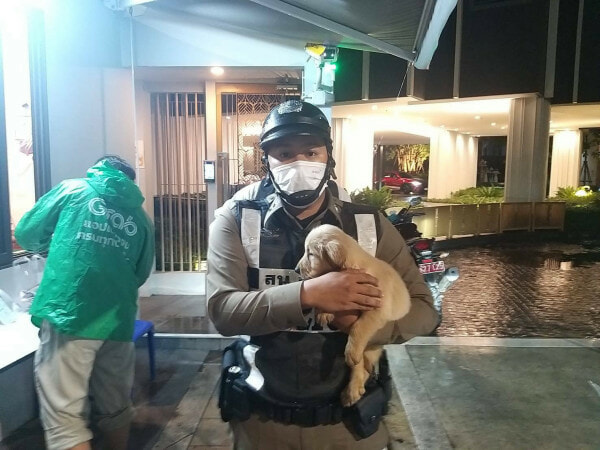 When the police officer got there, they asked around if anyone knew who the owner of the dog was and no one knew. So they brought it back to the police station.

There, mugshots were taken with the puppy’s details: Name: Golden Retriever, Charge: Getting lost. 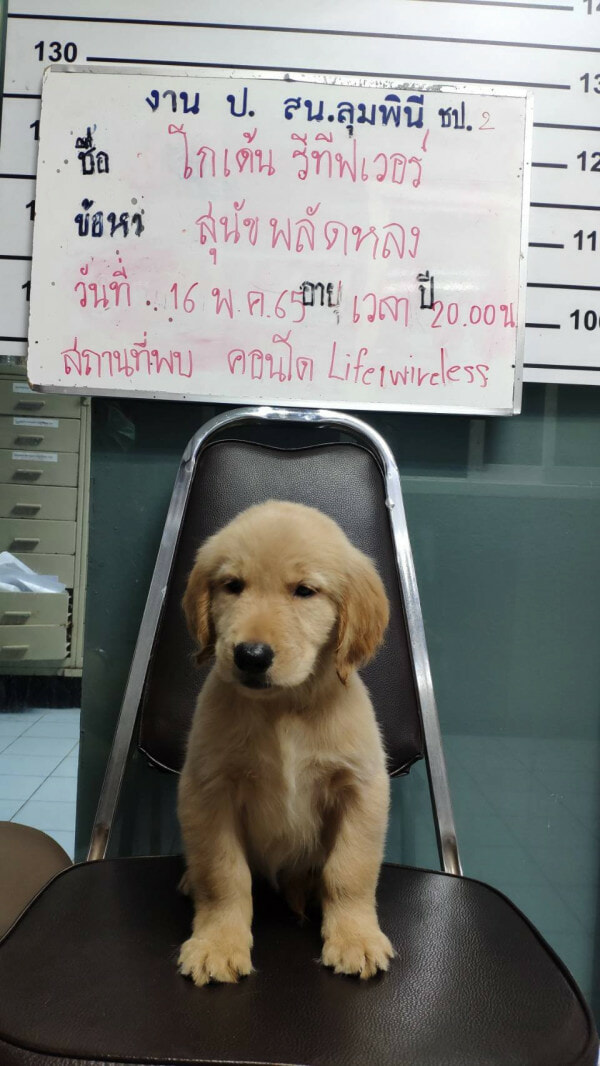 While waiting for the owner to pick the pup up, the canine criminal was having the time of her life in the police station.

She was fed kibbles and was given a comfortable place to sleep. When she eventually dozed off, someone put a blanket on her as well. 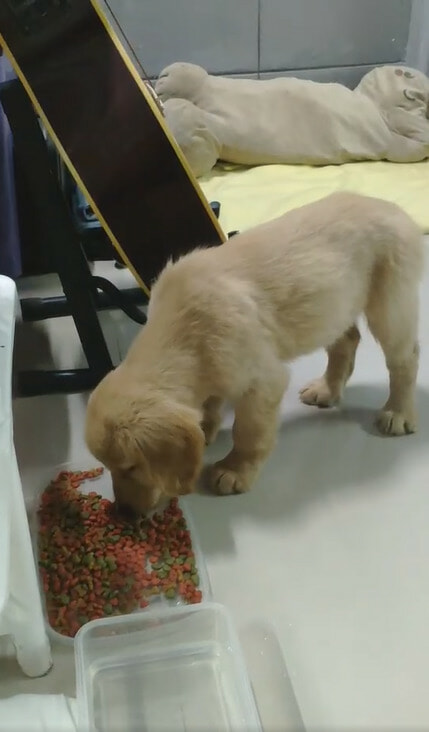 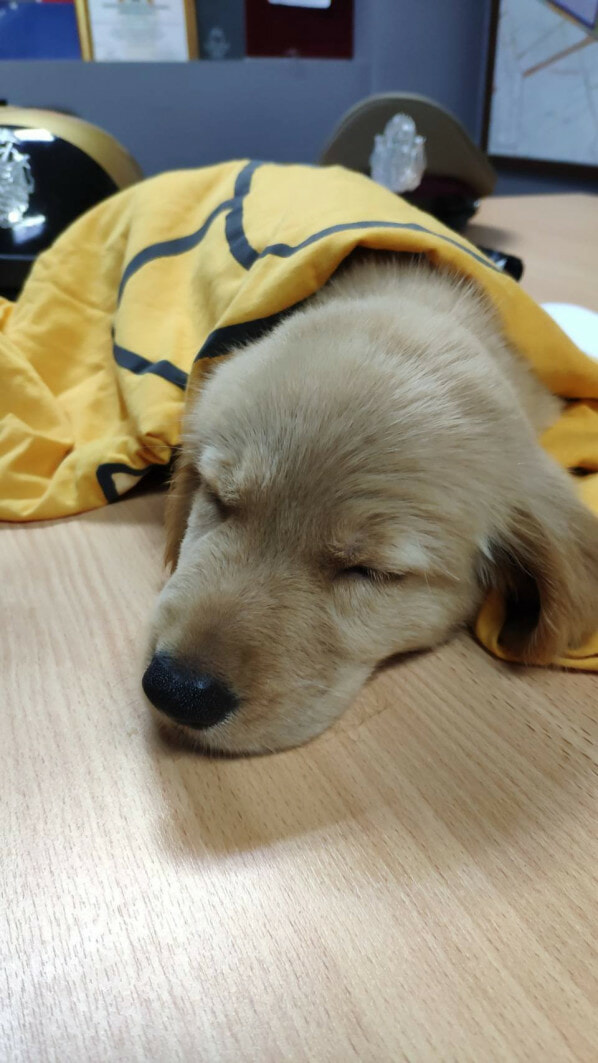 After being held up in the station for a day, her owner finally came to pick her up and the little pup looks quite sad to be leaving. 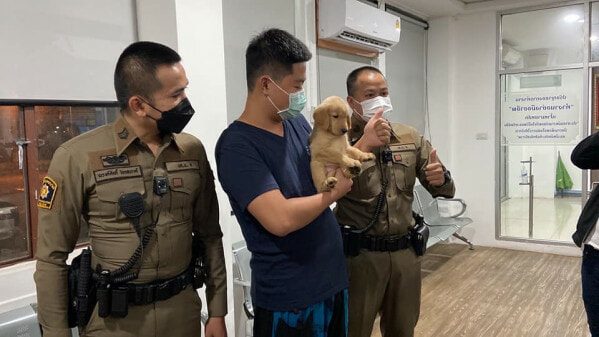 Well, we’re sure the little pup will not get on the wrong side of the law again after a night in the police station. 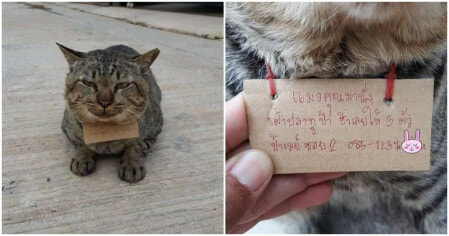