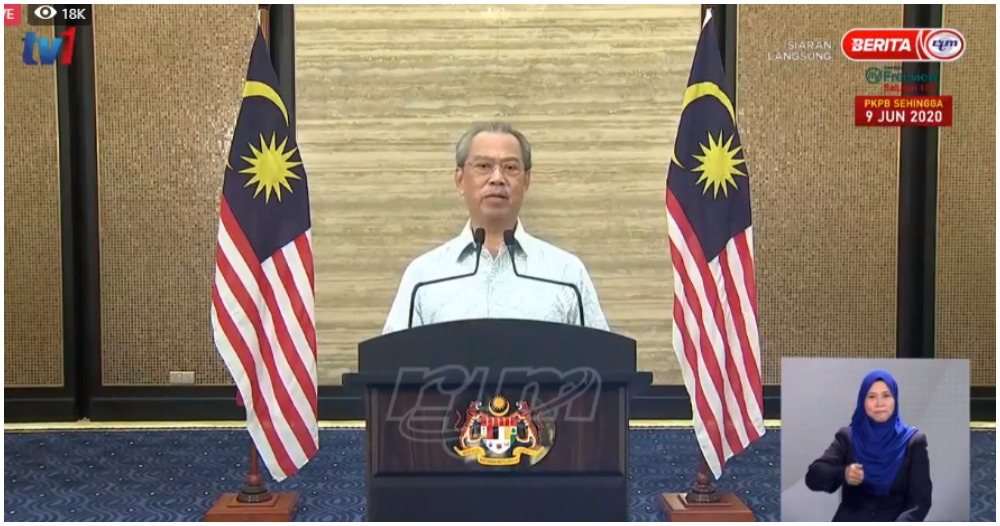 In yesterday’s live broadcast by Prime Minister Muhyiddin, he revealed that after 9 June, CMCO will be over – but will be transitioning into what’s now dubbed as the ‘Recovery MCO’.

During the RMCO, more leniency is given and one of it is that the interstate travel ban is now lifted!

However, the Prime Minister mentions that travelling overseas is still BANNED.

Which means during this RMCO period, we are still not allowed to travel abroad, at least until 31st August.

“Starting 10 June 2020, interstate travel is allowed, except for the areas put under EMCO. So those who want to visit their parents in other states can do so. Just remember to always take care of your hygiene, wear face masks when being in public, and avoid crowded places.

“Those who hope to travel overseas, hold onto your plans still because our borders will remain closed.”

Well then…! I guess 2020 is a year we all save up more money for our next travel!

Also read: Here’s Everything You Need to Know About the RMCO