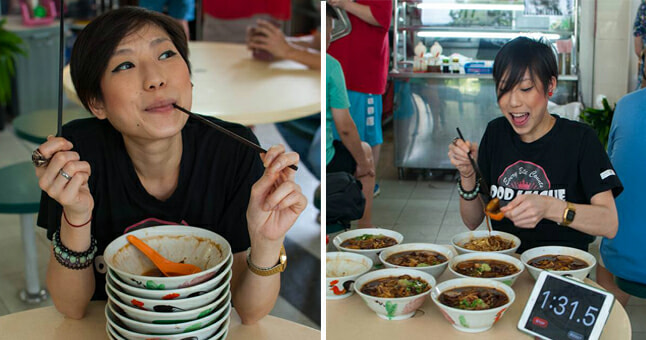 We usually ask “What to makan?” when going out for dinner with our gang. However, for one Sarah Ow, we might need to rephrase the question to “How MUCH can you makan?” because she might just literally be able to eat a horse!

The 28-year-old flight attendant has shocked the world with her mind-blowing appetite when pictures of her cleaning out 8 bowls of soup noodles within 17 minutes surfaced on social media recently. 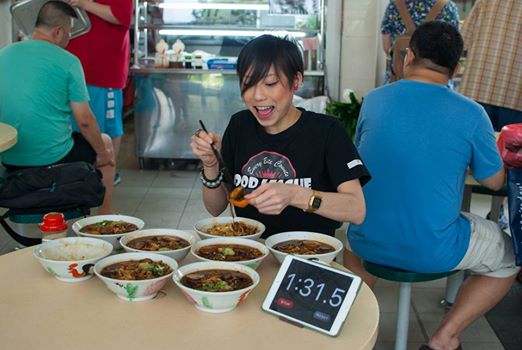 Having fun chowing down on them tasty food while still capable of smiling at the camera? Well, she is in fact a competitive eater managed by Food League Singapore, the most popular food challenge organiser in Singapore according to Nextshark. 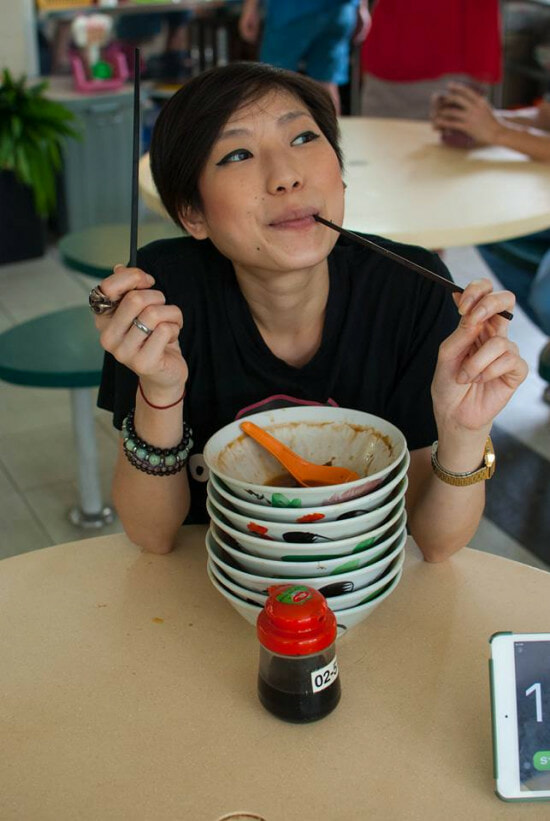 Am I the only one who’s feeling hungry after looking at the bowls of noodles? The mouth-watering noodles in the pictures are called Lor Mee, a Chinese-inspired noodle that serves in thick starchy gravy. The eight bowls of noodles were provided by Lorong Ah Soo Lor Mee according to AsiaOne. 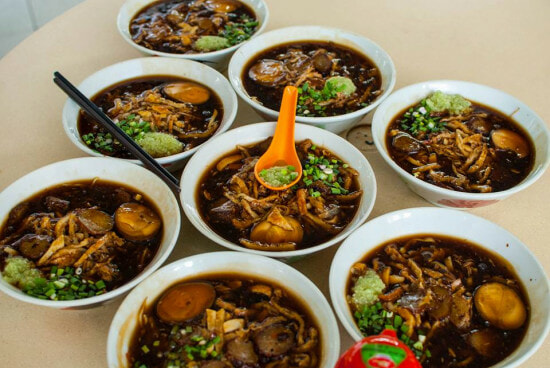 This is not the first time Sarah Ow wowed the internet with her gigantic appetite.

On April 22, she devoured a 3.2kg burger with fries in 43 minutes at The Beast, a dining-restaurant near Victoria Street. This made her one of only two Singaporeans whom had successfully completed the challenge in one-hour time limit. Good gosh, is it just me or is that burger bigger than her head? 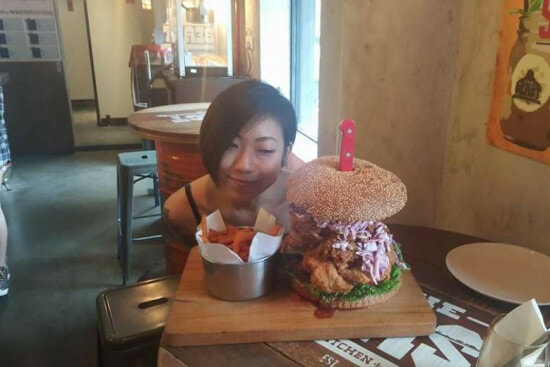 Despite her monstrous appetite, she is able to maintain her weight at around 50kg with the height of 1.68m. That’s not fair! I gained 1 kg just by looking at food! Her other achievements include finishing 10 plates of chicken rice under 30 minutes and 10 plates of nasi lemak in an hour. Who would have thought a petite flight attendant could gobble down so much food? Anyway, I’m going to get myself a bowl of Lor Mee. Who’s up for one too?