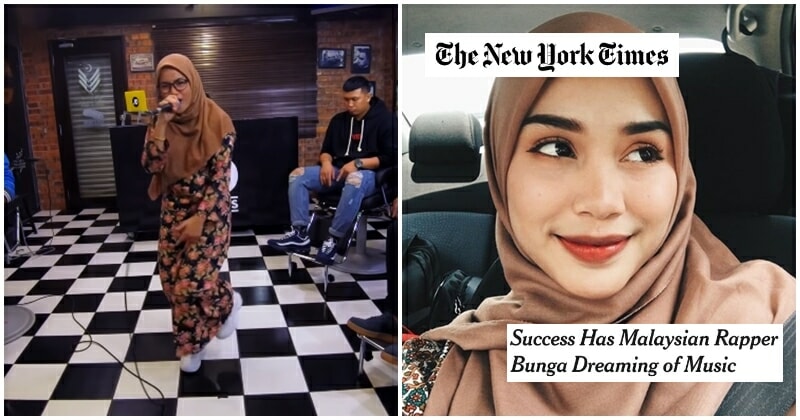 On the surface, the world of hip-hop personifies the art of the hustle, with many rappers hailing from the poorest and crime-ridden neighbourhoods striving for greener pastures.

In today’s world of hip-hop, that stereotype is about to change after a certain Perak-born teen rapped her way to fame in the USA.

Featured in the New York Times and Bloomberg, Bunga or Noor Ayu Fatini Mohd Bakhari became one of the only rappers to spit bars while donning a hijab and baju kurung!

She took the hip-hop world by storm during her performance at a local rap competition went viral in November. She had the brilliant idea to do a last-minute wardrobe that allowed her to stand apart from everyone else.

“When I arrived at the competition, I was wearing regular clothes. At the very last minute, I bought myself a baju kurung there.”

Being the only woman at the event, her ensemble has certainly caught the attention of many. 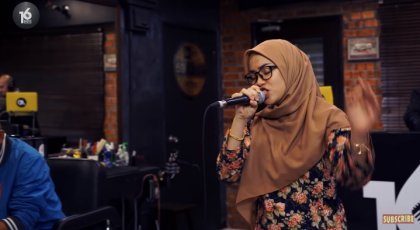 Rapping about her own personal life, her experiences of being bullied, facing love, and her career working at a gadget shop, Bunga’s ‘street cred’ soared when she was invited to rap at a cypher show called “16 Baris” which features Southeast Asia’s up-and-coming talents.

Despite gaining worldwide accolades, her brand of hip-hop invited criticism from the masses. 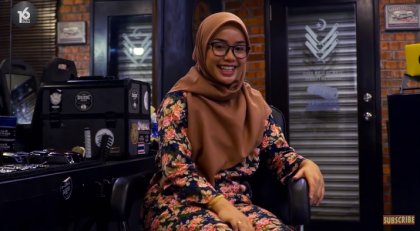 Some of the accusations include her “bringing down the image of women”. However, Bunga remains undeterred stating that “there are more hijabis who want to rap. I think that’s a good thing because you shouldn’t worry about what others say.”

While rapping was never a career she would have considered, Bunga’s newfound success is making her change her mind.

We hope that Bunga will continue to pursue her career in rapping and prove that talent comes in all shapes, forms, and sizes. 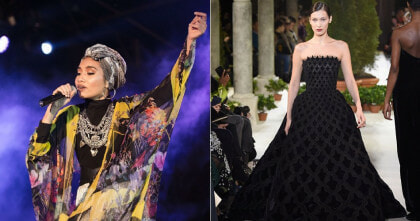