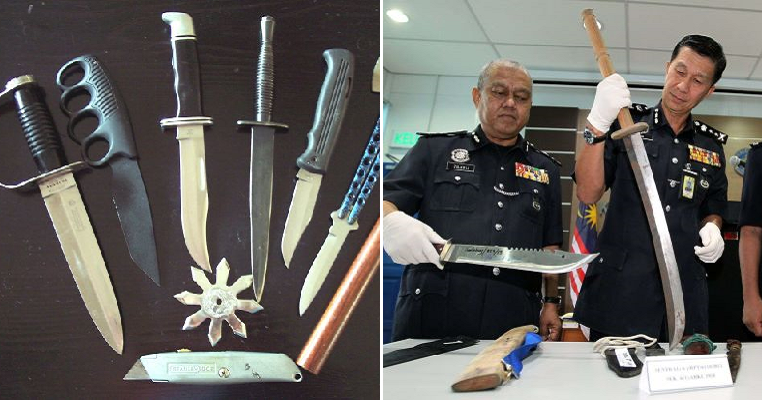 We know our abang and kakak police in the Royal Malaysia Police (PDRM) force are working hard 24/7 to keep us safe but somehow we feel more secure if we have some means to protect ourselves. One way to do this is to learn some self-defence techniques but usually, some of us would have some weapons stashed away in our car or bag. 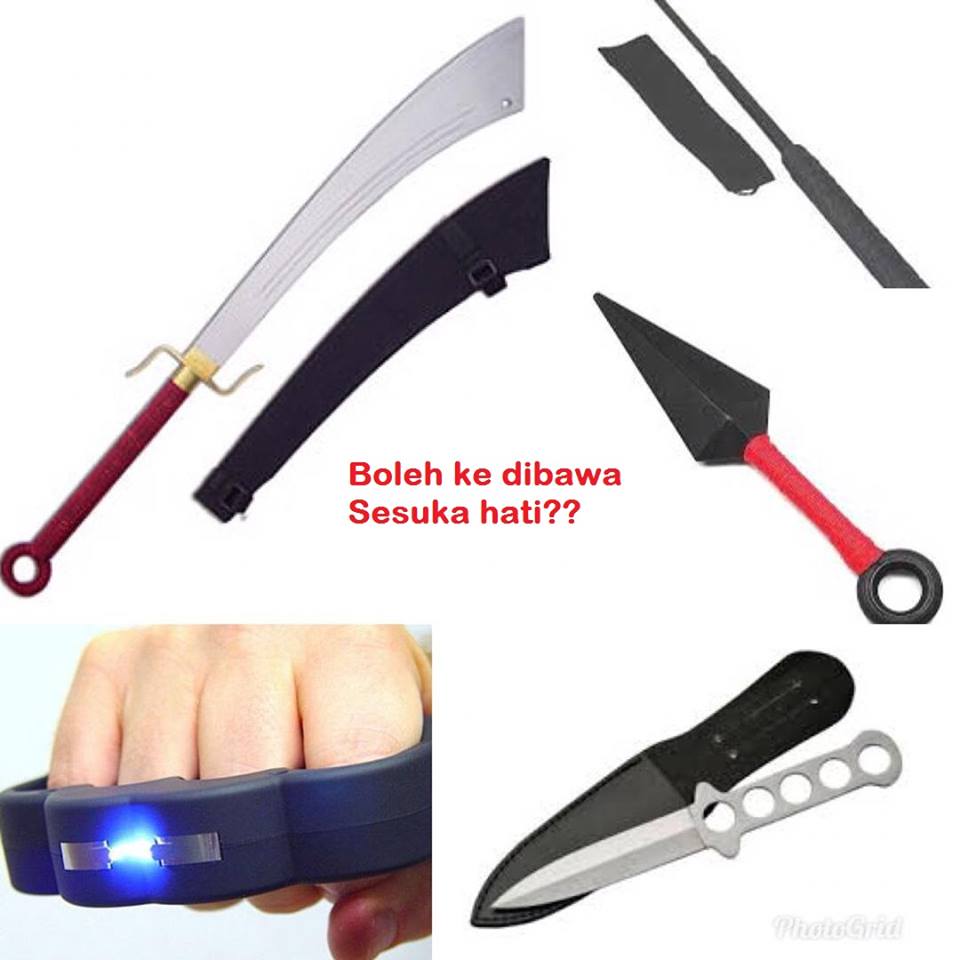 If you do have those items lying around just in case, or maybe have thought about it, take note of this!

Did you know that having these weapons is actually illegal and if you get caught, you won’t be allowed out on bail? Based on a recent Facebook post by PDRM, they shared a friendly reminder to Malaysians that they should not bring any weapons around for the purpose of self-defence as this would be considered breaking the law. Yes, even things such as batons, knuckledusters, and tasers that are readily available out there!

Under the Corrosive and Explosive Substances and Offensive Weapons Act 1958, if a person is found guilty, this is a non-bailable offence and you could even be jailed for more than 10 years and caned. There is a whole list of weapons that are 100% illegal no matter how you try to argue because they are generally meant for one purpose only – to cause harm. 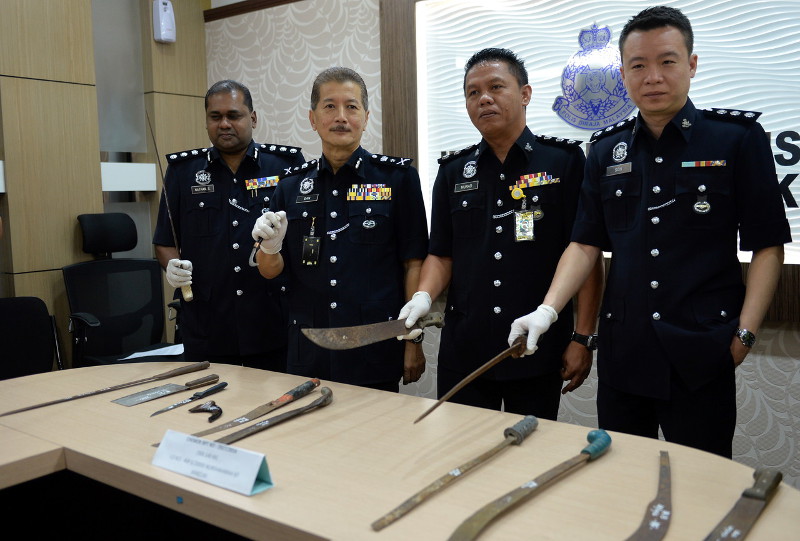 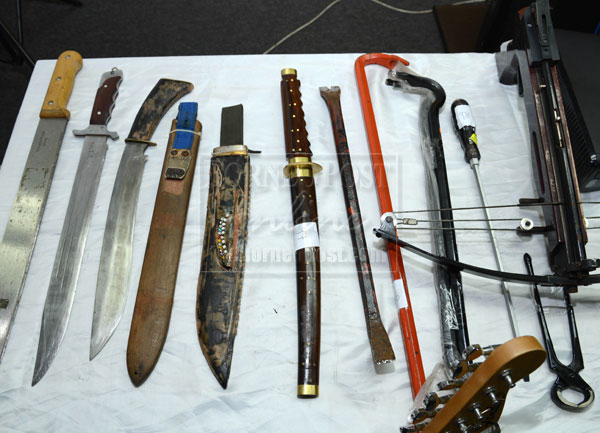 That is a rather long list and we don’t blame PDRM, as these items are certainly dangerous. The police highlights that there are no exceptions given for bringing around weapons even if the sole purpose is for self-defence under this act.

However, PDRM has clarified in their post and said that if they catch a person carrying around an item that can be considered a weapon, they cannot use “self-defence” as an excuse as this not acceptable at all. Meanwhile, they explained what’s acceptable as reasons: “For example, if you are carrying a parang and you tell us that you are going to the orchard (however, don’t tell us that you have the parang in your car even when it’s late at night because you are going to the orchard!), having a hockey stick in the car because you are going for practice or a wooden sword because you just came back from self-defence classes – these are considered acceptable.” 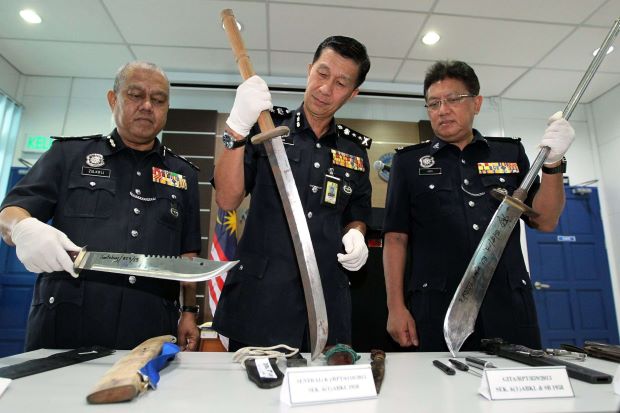 Basically, make sure you have a lawful and acceptable reason for carrying something that could potentially harm someone! And don’t be doing it at suspicious hours!