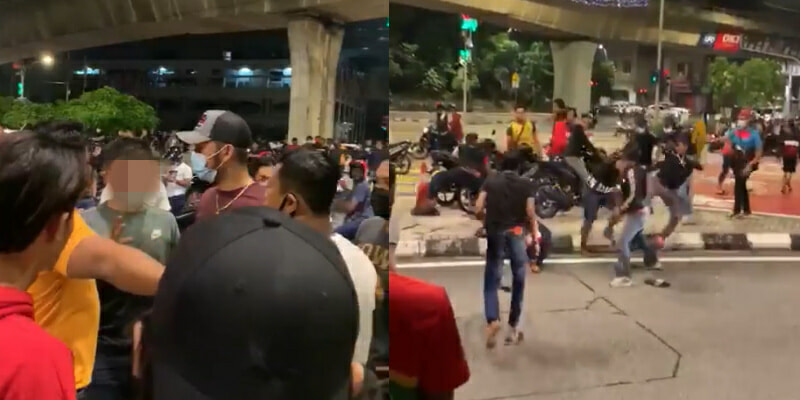 Late last night, a group of rivalling mat rempits squared off with one another at Kuala Lumpur’s Dataran Merdeka.

Allegedly from different groups, the two met yesterday hammering their fists at one another for no apparent reason.

The footage, which can be witnessed here, has caught the attention of authorities.

According to Dang Wangi District Chief of Police ACP Mohd Fahmi Visuvanathan Abdullah, “We received a call at 1.29 am about an incident which took place at Dataran Merdeka. We responded by arriving at the scene with our officers including those involved with Ops Cantas.”

“But when we arrived at the scene, no instance of violence was present.”

“It is believed that there was a misunderstanding between the two groups and the fight was not gangster related.”

The case is currently investigated under Section 148 of the penal code for owning a weapon at the scene of the riot. 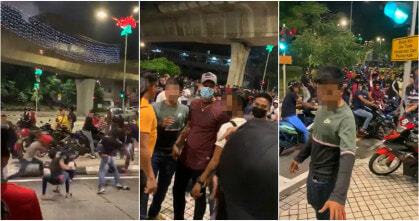