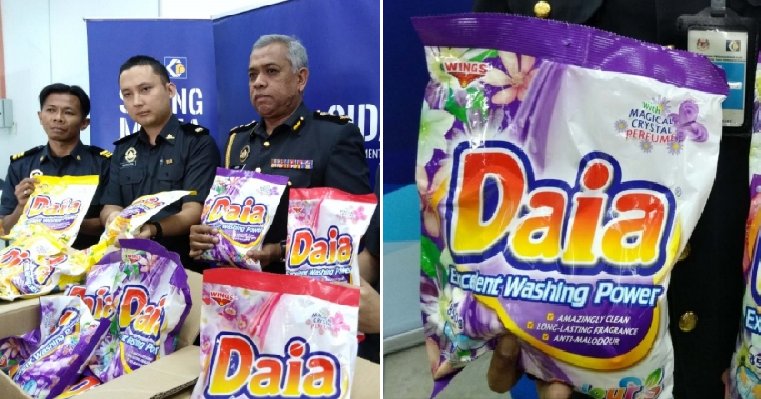 Enforcement officers from the Ministry of Domestic Trade and Consumer Affairs (KPDNKK) recently went on a raid with representatives from Daia to help verify the authenticity of detergent products and discovered that two shops in Tebrau, Johor Bahru that were selling fake detergent. 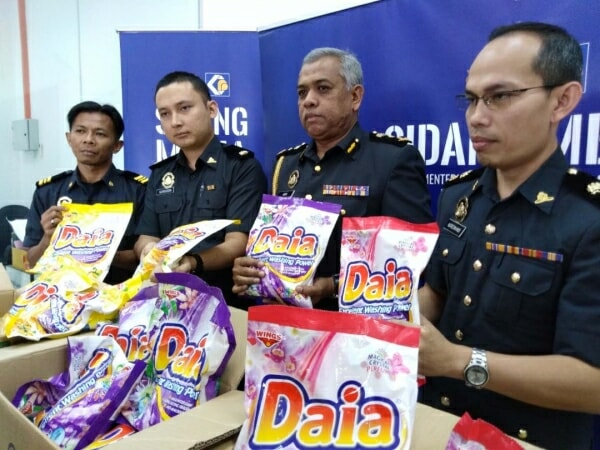 According to Oriental Daily, a team of officers seized 1,392 packs of counterfeit Daia detergent in 850g packets that were estimated to be worth about RM6,090. Aris Mamat, Johor’s chief enforcement officer advised consumers to be careful when buying groceries that had prices that were too good to be true.

Apparently, these fake packets of detergent were being sold for RM4.37 per pack but they usually cost between RM6 and RM7 for one pack. Aris said that one of the shops had been in operating for more than 15 years and another had been opened for four years. 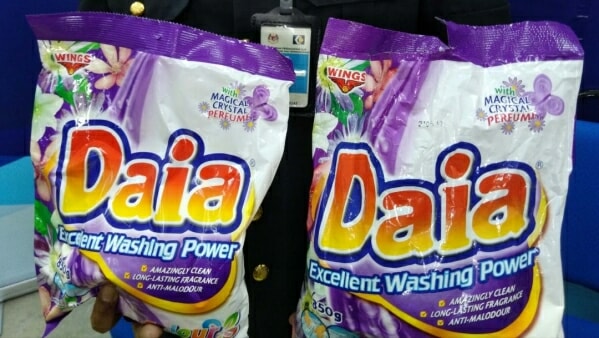 Currently, he said that they are still looking for the source of the fake Daia detergent powder and it is believed that they had been circulating on the market for about a year. Yes, last year, there was similar news of this issue as well!

Aris also gave some tips to the public to differentiate between real and fake Daia detergent, which are: 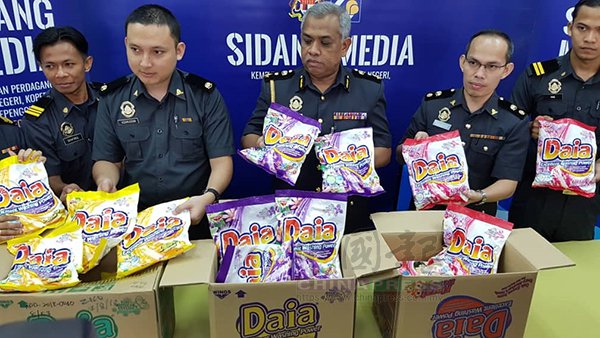 These cases are now being investigated under Section 8(2)(b) of the Trade Descriptions Act 2011 (supplies of good with false trade description). It is unclear what the counterfeit detergent is made of.

Keep a lookout and do report it to the authorities if you happen to come across any!

Also read: Mechanics Around the Klang Valley Are Selling Fake Engine Oil That Can Damage Cars 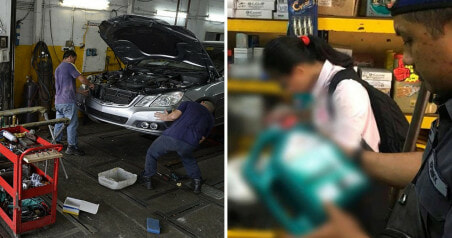