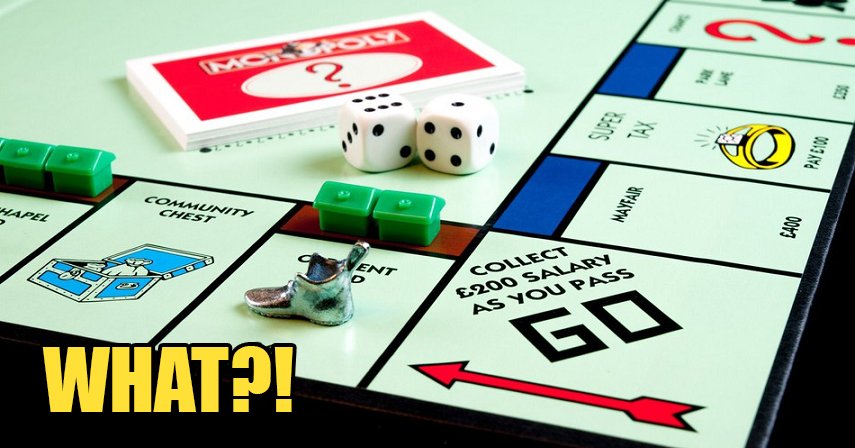 If you’ve never played Monopoly as a kid or even now as an adult, you’re missing out big time. It’s one of those board games that are quick to catch on and fun for a good bonding (or not) session. We all know how this game destroys friendships.

If you’re an avid monopoly player like myself, you’ve probably got the hang of how the game works and can consider yourself a pro. However, recently it’s been exposed that most likely everyone who’s played Monopoly had been playing it wrong all these while!

The classic board game which was released in 1935 has been a staple game on family and friends night for decades but apparently, nobody really ever bothered to go through all the rules. I know I didn’t!

You usually learn how to play the game from a family or friend who already knows how to play. However, if you actually sat down and went through the rule book, you’d be surprised to find that there are certain rules that we have completely ignored! This includes one that is baffling people all over the world: the auction rule. 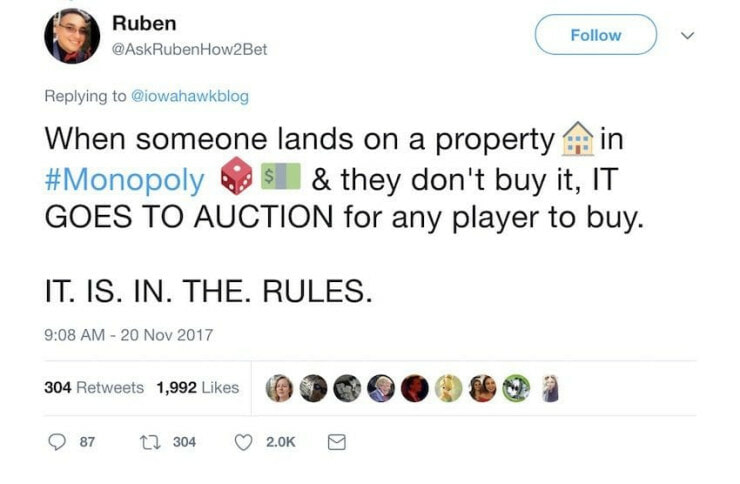 Twitter user Ruben shared on Twitter regarding the ever-so neglected rule in Monopoly and people were truly baffled. 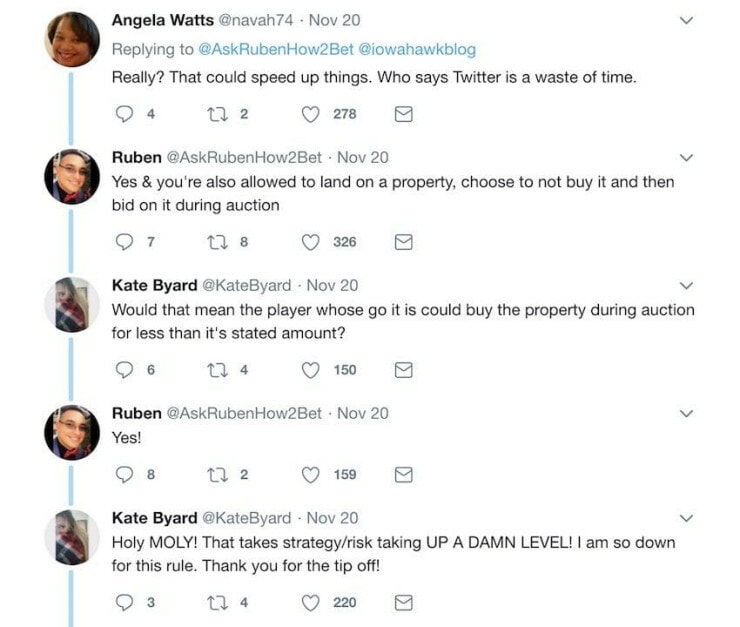 If you’re thinking WHAT IN THE WORLD?! You’re not alone in this. 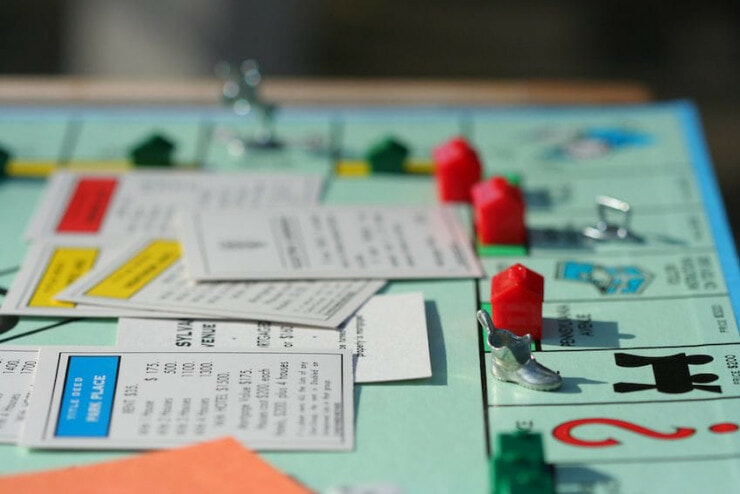 BUYING PROPERTY… Whenever you land on an unowned property you may buy that property from the Bank at its printed price.

You receive the Title Deed card showing ownership; place it face up in front of you.

If you do not wish to buy the property, the Banker sells it at auction to the highest bidder.

The buyer pays the Bank the amount of the bid in cash and receives the Title Deed card for that property. Any player, including the one who declined the option to buy it at the printed price, may bid. Bidding may start at any price.

The benefit of this auction rule is that it speeds up the game a lot. Instead of having to wait for someone else to land on the property, it immediately gets sold to the highest bidder. The rule also helps keep trading to a minimum. I’m not sure about you guys but speeding up the game to add another few extra rounds of quality time sounds good to me! Now, don’t forget this important rule the next time!

Also read: You Can Now ‘Study’ To Be A Professional Gamer In Malaysia’s First eSports Academy 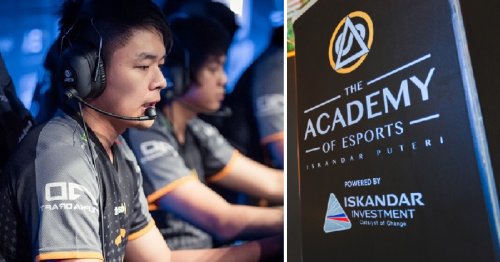